Lacey Sturm (ex-Flyleaf) has premiered a new song titled “State Of Me.” The singer co-wrote the track with Skillet’s John and Korey Cooper and an official video for it can be found below:

“Choosing life is violent in that we reject every subtle form of suicide, every eternal death choice that would try to disorient, distract and seduce us away. Eternal life starts in our soul. So look at the state of it. And if you see eternal death, be violent against it, cut off every temporary thing that would bring that into your heart and reach out and cling to eternal life, even if it costs you this temporary one.”

“During times of loss, it’s obvious that what we see is temporary. We have to accept that. But what lingers after loss is what we can’t see. That is eternal. What really matters is love, faith, the spirit. The soul. When I focus there, on the eternal things, I find a tremendous resolve to protect what matters most.”

Lacey Sturm (ex-Flyleaf) has premiered a lyric video for her latest single “The Decree.” You can check that out below:

Benjamin Burnley (Breaking Benjamin) and Lacey Sturm (ex-Flyleaf) previously talked about starting a band together and now, during an interview with Pozzo Live, Sturm discussed the possibility of a new project once again. She said the following:

“If he wants to do that, I’ve already said yes to doing it, so I guess it depends on finding his availability too. I find that when I do interviews, a lot of times people will say he’s not sure if I wanna talk about it, but I feel the same way — I’m not sure if he wants to talk about it, ’cause I’m not sure where he’s at with it. But he’ll text me randomly and be, like, ‘We’re gonna make the best album.’ And I’m, like, ‘Okay. Whenever you want to.’ So I’m just kind of waiting on him to let me know. That’s kind of why we waited to put our album out, because we thought maybe we would be doing stuff with him… But it’s taken a while. [So] we’ll see what happens with him. Whenever he’s ready.”

Lacey Sturm (ex-Flyleaf) has premiered a new song titled “The Decree.” You can stream that below:

Lacey Sturm (ex-Flyleaf) will be releasing a new single titled “The Decree” on May 15. This news comes after the singer previously performed that track and another new song titled “State Of Me” live last fall.

Breaking Benjamin have premiered a new video for their reimagined version of “Dear Agony.” This track features Lacey Sturm (ex-Flyleaf) and it appears on the band’s latest album “Aurora.”

It looks like Lacey Sturm (ex-Flyleaf) has started the recording process for her new album. The singer recently confirmed that drums were being tracked for the effort on Friday (February 7):

Breaking Benjamin have announced that their new album “Aurora” will be released on January 24. The effort will feature one new song and a number of reimagined versions of tracks from the band’s catalog. The following guests also contributed to the record: Lacey Sturm (ex-Flyleaf), Adam Gontier (Saint Asonia, ex-Three Days Grace), Scooter Ward (Cold), Spencer Chamberlain (Underoath), and Michael Barnes (Red). 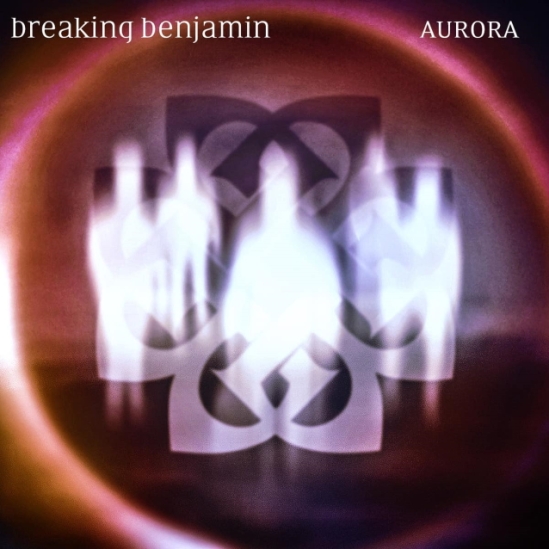 Frontman Benjamin Burnley and all of the album’s special guests commented:

“This album is a celebration of our incredible fans; for those who have been there since hearing ‘So Cold‘ for the first time in 2004, and the new ones who have joined us on this amazing journey along the way. We’ve always shared a unique emotional connection to our music with our fans, and this album attributes to those dark times and euphoric ones. From wherever you joined along the road to Aurora, this one is for you. Thank you.”

“I love the mystical kind of lyrics that a thousand different people can sing and each person feels like it was written just for them and what they are going through. This is the magic of Breaking Benjamin songs that I love. Ben asked me to sing on this acoustic version of ‘Dear Agony‘ at a time when singing the lyrics sliced through me in a deeply prophetic way. It was a revelatory and healing experience. I’m so thankful.”

“I’m very honored and blessed to be a part of such a beautiful song and project. Ben’s writing has had a special place in our hearts for many years. Thankful to be a part of this.”

“Ben asked me to be a part of this record, and of course I said yes. We’ve been close friends for over 20 years, and Breaking Benjamin has been a big influence on me over the years. I’m REALLY stoked that Ben and I have finally found a way to get our voices on a track together. Also, ‘Dance With the Devil‘ is one of my favorite songs by anyone. Ever.”

“Touring with Breaking Benjamin was not only one of my favorite tours we’ve done in years but we also left the tour with life long friends. Being asked to sing on ‘Red Cold River‘ was very flattering and a complete honor. I love these guys as musicians and as people, I’m honored to be a small part of their journey.”

“I was honored to be a part of Breaking Benjamin’s new acoustic record along side so many other amazing singers – can’t wait to hear the whole thing!”

As previously reported, you can catch Breaking Benjamin on tour with Korn early next year.

As previously reported, Benjamin Burnley (Breaking Benjamin) recently said that he was talking to Lacey Sturm (ex-Flyleaf) about starting a new band. Now, during an interview with CCM Magazine, Sturm has confirmed the news herself.

“There’s definitely things we’re thinking about, like a new album. There’s been talk about starting a band with the singer from BREAKING BENJAMIN, Ben Burnley. That’s exciting… I saw Ben and his wife on the road, and we had a conversation. I actually showed him ‘Reflect Love Back’, the soundtrack, the acoustic album, and he loved it. Then he talked with me about singing on his acoustic album, which just came out — singing on ‘Dear Agony’, which I think is one of their best songs… when I listened to the lyrics, I just was like, ‘This is Jesus in the Garden,’ and I just started crying. That’s how I knew I should do it. When I was in the studio with Ben, I was like, ‘Let me tell you about your song.’ He goes, ‘Are you going to preach to me?’ I’m like, ‘Do you want me to preach to you?’ He’s, like, ‘Yeah.’ I’m like, ‘No, I’m not going to preach to you. You preached to me. Let me show you the lyrics in your song,’ and I went through the lyrics and showed him what it said to me. He goes, ‘How’d you turn my rock song into a Jesus song?'”

Korn’s Brian “Head” Welch recently revealed that he was working on a new album with a number a special guests and many assumed it was going to be a solo release. However, he has since confirmed to the “BREWtally Speaking Podcast” that the effort is actually a new Love And Death album.

“It’s gonna be the Love And Death record, I’m just gonna have some guests on there. We’ll see how all ends up. You plan and then you try your best and whatever happens. Some songs might not make it, we’ll see, but it’s 80% done, and yea Breaking Benjamin guitar players [Jasen Rauch] on it.

I was talking to Spencer [Chamberlain] from Underoath, since we’re hanging out with them a lot on this tour, and Lacey Flyleaf. Ben [Burnley] from Breaking Benjamin said he wants to sing on it, but I think getting him to do anything is really hard if it’s not Breaking Benjamin, so we’ll see. It’s just gonna be Love & Death, but just a new thing we’re doing, just collaborations, that’s all. It just sounded fun, so we’re gonna go for it.”