While thanking fans for attending their June 26 show in Vienna, Austria, KISS accidentally displayed a logo featuring an Australian flag instead of an Austrian flag. A number of fans shared photos of the mishap on Twitter:

Lol at your crew confusing Austria and Australia pic.twitter.com/HtGDhsaV7U

Whitesnake have been forced to cancel several European shows. The dates were scrapped due to illness.

“Dear Whitesnake fans around the world:

We have been rocking our way across the globe on the first part of our Farewell Tour giving all we’ve got to you, the fans.

The rigors of the road are the same for all of us and we have been trying to keep everyone healthy and safe.

Unfortunately we have been hit recently with a couple of situations that we have been dealing with, the best we can..

First our beloved band leader Reb Beach went down temporarily and he missed a couple of shows while he mended (and is much better now, by the way).

Then the rock of our band, the Legendary Tommy Aldridge went down and we unfortunately were not able to play the Rock Imperium Festival in Cartagena this past Saturday (very regrettable and all apologies to our Spanish fans and friends).

Tommy was bad enough at the time to have missed the first show ever in his career – The GOOD news is that he is feeling better and is anxious to get back out there to perform for all of you.

Unfortunately I have now been hit hard as well. I started feeling a bit under the weather two days ago, and was just diagnosed with an infection of the sinus & trachea. The doctor recommends 5 days of no singing and bed rest.

Sadly, that means that we are not going to be able to do the upcoming shows in Milan, Vienna and a decision on Zagreb is about to be made.

I’m very sorry to all the fans who had planned to come see our Farewell Tour in each of those cities – it’s my intention to get better as soon as possible and be able to pick up with the remaining shows of the European Farewell Tour. You are all in our hearts!!

Primus have cancelled the European/UK leg of their “A Tribute To Kings” tour. The band commented:

“We are very sorry to announce that due to unavoidable logistical challenges, Primus has cancelled the upcoming European tour dates scheduled for the Fall of 2022. We apologize to our fans who were planning to attend and look forward to performing in Europe again soon. Ticket refunds will be available at the original point of purchase.” 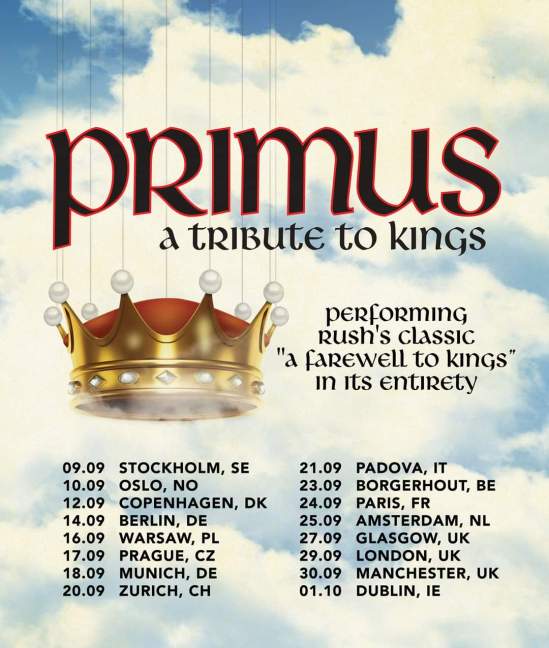 “I have many fond memories of visiting my local record shop and buying anything that had the Nuclear Blast logo stamped on it. You always knew you were in for a tasty metal treat with a Nuclear Blast band! Most days I have to pinch myself that we have now joined Nuclear Blast, it is a real dream come true for me to work with this amazing label.”

“I’m absolutely thrilled that we have been welcomed into the Nuclear Blast family with open arms and cannot wait to work with this iconic label.” 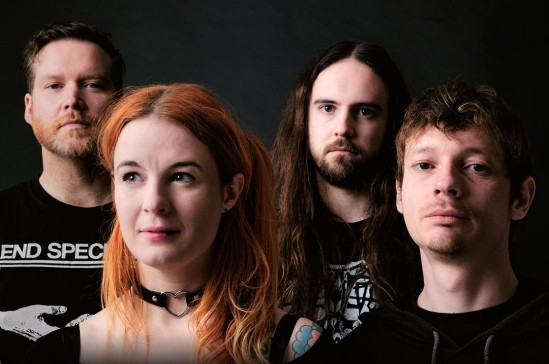 Human Impact (ex-Unsane, etc.) have cancelled their remaining European dates due to a “COVID outbreak.” The band issued the following statement:

“Unfortunately we have a Covid outbreak in the Human Impact camp. After a long discussion, we have made what we feel is the right decision, and it is with heavy hearts that we’re forced to cancel the rest of the tour. We’re quarantining in France until we get healthy and head back home. We’re hoping to make a return to Europe very soon, and thank all of you for your support.” 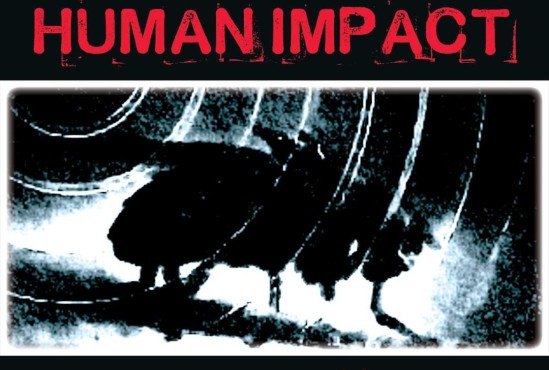 Brutus have premiered a new song titled “Dust.” You can check that out below:

“‘Dust‘ was born out of the frustration of having friends with demands and expectations that were way too high. It’s a song about being at breaking point; pissed off about everything and everyone. ‘Dust‘ is honest, direct and unfiltered. It’s a very special and personal song for us, which is why we wanted this to be the first new song for people to hear.”

In other news, the band have also announced a November UK tour. Here’s their current schedule:

In response to the Supreme Court’s egregious decision to overturn Roe v. Wade, Exhumed have decided to relaunch their “Abort The Court” shirt to continue raising money for the Women’s Reproductive Rights Assistance Project (WRRAP). The original run of shirts previously raised $3,000 for that organization. You can get one for yourself HERE. The band issued the following statement:

“You axed for it, here it is. Our ‘Abort the Court’ fundraiser shirt is back – all profits donated to wrrap.org a a non-partisan, nonprofit organization assisting women who are financially unable to pay for safe, legal abortions or emergency contraceptives. This is a PRE-ORDER, shirts will ship August 15 since Matt’s leaving for tour in 3 days. If you already got one of these, first off THANK YOU. Please share or better yet, make a donation directly to WRRAP.org or Planned Parenthood.” 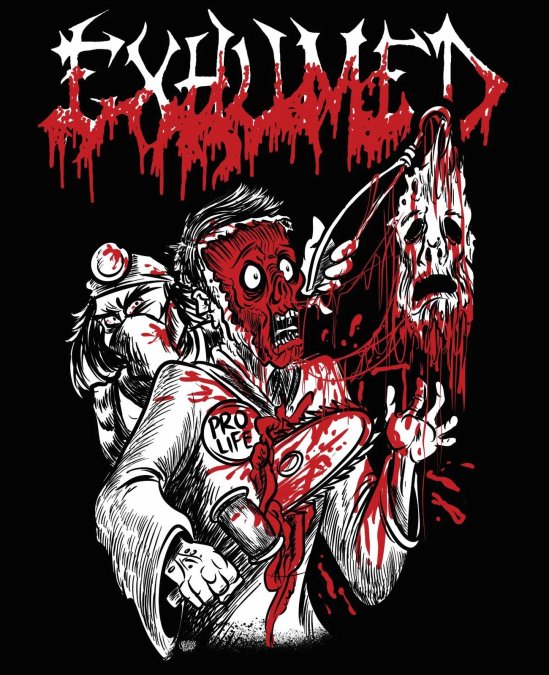 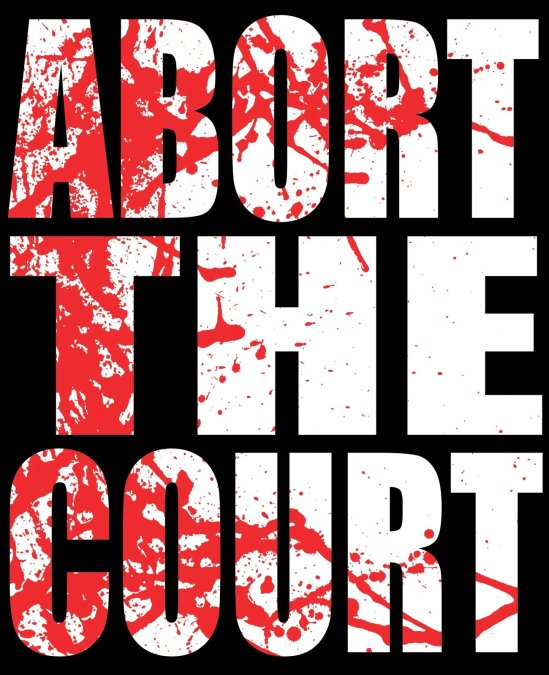 During their June 26 show in Des Plaines, IL, Tesla performed a new song titled “Time To Rock.” You can see fan-filmed footage of that below. The studio version of the track will be released next month.

Metallica have shared a new live video for their song “Enter Sandman.” The clip was recorded during the band’s June 15 set at the Copenhell festival in Copenhagen, Denmark.