Trivium and Heaven Shall Burn will be celebrating their upcoming tour with a split 7 inch release. The effort will be available on December 23 and it will feature Heaven Shall Burn’s cover of Trivium’s “Pillars Of Serpents” and Trivium‘s cover of Heaven Shall Burn‘s “Implore The Darken Sky.” Pre-orders can be found HERE.

The 10th anniversary vinyl pressing of The Sword’s “Apocryphon” will now be released on December 16. The effort was previously set to be released earlier this month as part of Record Store Day’s Black Friday event. The band, who recently called it quits, commented:

“UPDATE: Although initially announced as part of the RSD Black Friday line-up, the 10th Anniversary Cosmic Yellow Swirl pressing of APOCRYPHON will now be released on December 16th but will remain exclusive to independent retailers! Available for pre-order now at the link! 🗡️”

Finch’s “Falling Into Place“ EP will be receiving a new vinyl release on Black Friday (November 25). This will serve as the effort’s first vinyl pressing.

Finch – “Falling Into Place” available for the first time on vinyl this Friday nov 25 at 11am esthttps://t.co/oYBRDDVIr3 pic.twitter.com/c0I5UEHaIT

Filter have digitally released a 20th anniversary expanded edition of “The Amalgamut.“ The effort can be found on the service of your choice HERE. Notably, “The Amalgamut” will also be available on vinyl for the first time on March 31. 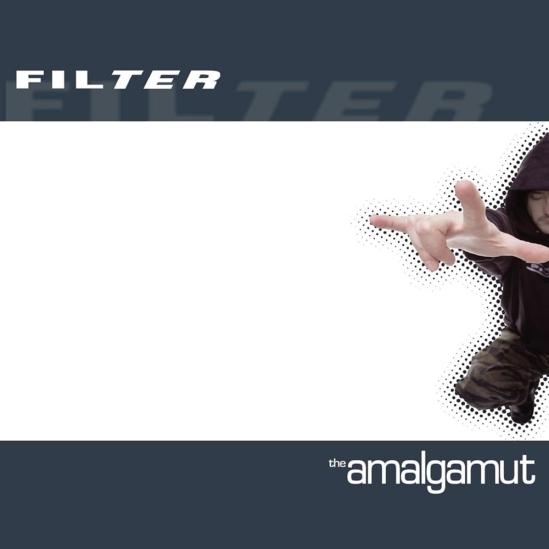 The 10th anniversary vinyl pressing of The Sword’s “Apocryphon” has been delayed. The effort will now be released during next year’s Record Store Day (April 15). Interestingly, the band, who recently called it quits, were not aware of the date change:

News to us but ok https://t.co/UMO7dsjaTp

Zao are celebrating the 20th anniversary of “Parade Of Chaos” with some new vinyl pressings of the effort. Fans can purchase those HERE.

Special limited T-Shirt designed by Hugo Silva at the Holy Mountain store that re-imagines the artwork.

Die Cut center LP jacket with Black Dust Jacket. Removing the LP will also allow for you to see the original CD-sized cover image from the insert, which can double as a cover, depending on your placement inside the jacket.

Full remaster for vinyl by Garrett Haines at Treelady Mastering, supervised and financed by Zao for maximum fidelity.

Separate retrospective essays written by Dan, Scott and Jesse, all presented together and co-signed endorsed by Zao.

Re-envisioned artwork for the vinyl format has been reviewed and co-signed by original CD graphic designer Don Clark at Invisible Creature, who had this to say, “Yeah. Cool.”

Co-produced by the folks who “march like fools” at UnoriginalVinyl, who are too in love with chaos to have pressed Self-Titled first.”

Enjoy The Ride Records are planning to release new vinyl pressings of Limp Bizkit’s “Chocolate Starfish And The Hot Dog Flavored Water.” Fans will be able to purchase two different variants of the record at this location on October 28 at 12:00pm EDT / 9:00am PDT. Notably, this will serve as the album’s first vinyl release in 20 years.

Type O Negative will be releasing a 30th anniversary vinyl edition of “The Origin Of The Feces” on November 25. The effort will include the original NSFW cover art and a scratch n’ sniff sticker. Fans can pre-order a green leaves pressing HERE and skull gold and smoke pressings HERE.

Puscifer have revealed that each city on their fall will have an exclusive vinyl available for purchase. The band said the following about that:

“Coming out to one of the upcoming tour dates? We’re making the evening extra special by creating a unique vinyl variant of ‘Existential Reckoning’ for every single show. Each of the 27 shows has its own color variant and custom sticker, and even better they’ll be signed by the band. Limited to 50 copies (yes, 50!) per show, they’ll be first come, first serve at the merch booth and there will be a limit of one per person.”

Iron Maiden will be releasing a 40th anniversary vinyl edition of “The Number Of The Beast” on November 18. The effort will feature an alternate track listing with “Total Eclipse” set to replace “Gangland.” A live album that was recorded at the Hammersmith Odeon in London, UK in 1982 will also be included. Pre-orders can be found HERE.

“On this vinyl release we get the chance to put ‘Total Eclipse‘ in its rightful spot on the album for the first time. The reason it didn’t make it in the first place was that it was all a mad rush when we were finishing the record and we had to get the ‘Run To The Hills‘ single out before the tour and we basically had to pick a B-side and it was between ‘Gangland‘ and ‘Total Eclipse‘ and we just picked the wrong one, really! I think ‘Total Eclipse‘ is a stronger song and the album would have been stronger if it had been on there.”