During a recent interview with Make Weird Music, Rush’s Alex Lifeson revealed that him and Geddy Lee “still talk about” the possibility of working on new music together. However, he went on to say that scheduling conflicts and the coronavirus pandemic ended up putting the idea on hold.

“After we finished the last [RUSH] tour in 2015, I started just writing on my own and doing some stuff. Geddy was working on his book. We talked about getting together and doing some stuff together, but it got very, very busy for him, even after he finished writing the book — taking it on the road. So we never got a chance to sit down and start working or just having some fun together. We still talk about it, and I’m sure we will. Of course, now with the pandemic, it’s kind of wrecked things for a bit. But we’re both eager to get back together and kind of get back into that thing that we’ve done since we were 14 years old that we love to do. And we work really, really well together. So we’ll see what happens with that.”

He also reflected on the first anniversary of Neil Peart’s death:

“After Neil passed, it was very difficult to get inspired or motivated to play. As you can imagine, we were very, very close. You lose anybody that’s close, it’s a profound thing. And I think both Geddy and I expected to be better with it. Neil was sick for three and a half years, and no one really knew about it. Well, lots of people knew about it, but it wasn’t public, the information. So we thought that we would be prepared for the end when it came, and we weren’t. We both really struggled with it.

Same thing happened when [Neil’s] daughter passed away. I didn’t play for quite a long time at all; music just didn’t seem that important. And it was the same thing with this. And then COVID hit, and now we’re all sort of in a different mental space.

For me, that first year of grieving is the milestone, and once you get past that, I think you… I don’t know. It’s an anniversary that you process, and it becomes a little easier to handle.

With Neil, I’m always seeing pictures, and I’m always reminded of him, and all that stuff, and that was difficult, but now that it’s [been] a year, I find that I think of the good times that we had together more than the sadness. And we had so many great times — we laughed so much over all those years. Aside from the work that we did and being a partner to one of the greatest drummers in history, and bass players for that matter, I just remember the laughing and the smiles and all of that stuff. So it rounds out the picture and makes it a little easier to move forward.”

Rush’s Geddy Lee will be taking part in the Vancouver Symphony Orchestra’s “Resilient Symphony: The Show Must Go On” virtual gala concert on February 18. The event will support the VSO and the VSO School Of Music and tickets for it can be found HERE. 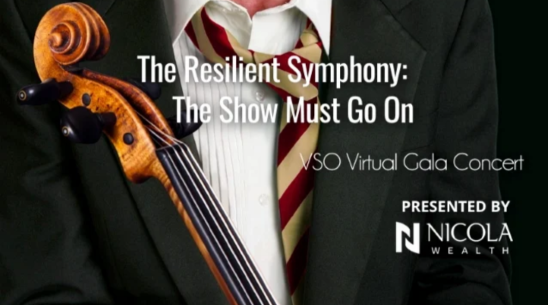 The VSO issued the following statement:

“These are imperfect times. It takes courage, imagination, and sheer determination to navigate this new world. The VSO and VSO School of Music are steadfastly committed to keeping the music alive and thriving.

On February 18, 2021 we invite you to join us for the VSO’s Gala Concert: The Show Must Go On: Stories of Resilience.

This is no ordinary Virtual Gala Concert – this is a once in a lifetime experience not be missed.

Join host Steve Maddock and special guests Maestro Otto Tausk, James Ehnes, Itzhak Perlman, Measha Brueggergosman, k.d. lang, Geddy Lee, Steven Page, Jens Lindemann, Stewart Goodyear, Bria Skonberg, Red Robinson, and the musicians of the VSO for an evening of music and stories. Stories you never get to hear – the missed flight; the story behind the story of the delayed start; the imposter Maestro; what the VSO did when Queen Latifah became ill two days before she was to appear with the VSO; stories of intrigue and mystery – all accompanied by inspiring music, amazing food, wine and ambiance – in the comfort and safety of your own home.

See you at theconcerthall.ca this February 18.”

Bonhams are auctioning off a drum kit that was used by the late Neil Peart (Rush). The legendary drummer played the set on tour and in the studio from 1974 through 1977.

Edge Factor have released a short film called “Growth Rings.” The clip, which was co-written and narrated by the late Neil Peart (Rush), can be seen below. Here’s a description of the film:

“‘Growth Rings’ Co-written by Jeremy Bout and recorded by Neil Peart of RUSH, one of the greatest drummers of all time, this short film honors the way in which music marks moments in our lives. Just as the life of a tree can be understood through it’s growth rings, we can look at the milestones and eras of our lives and reminiscence of the songs and bands that resonated with us during those times.”

Rush are celebrating the release of the new 40th anniversary expanded reissue of “Permanent Waves” with a new animated video for “The Spirit Of Radio.” You can check that out below:

“The public voting on naming is obviously fairly conclusive. Neil Peart’s been one of our most famous local individuals and a lot of his songs have local roots, including the namesake park.”

Rush have shared an unboxing video for the super deluxe edition of their 40th anniversary expanded reissue of “Permanent Waves.” That effort will be released on May 29 and more details on it can be found HERE.

The following was said about the release on Rush.com:

The second configuration of Permanent Waves-40th Anniversary will be released in a two-CD Deluxe Edition digipak that includes the remastered original album and the live bonus tracks, plus a 20-page booklet with unreleased photos and reimagined artwork by Syme.

The third Permanent Waves configuration will be offered as an audiophile black vinyl 180-gram three-LP Deluxe Edition featuring the original album on LP1 and all 12 bonus live tracks on LPs 2 & 3, all housed in a slipcase, along with a 20-page booklet with unreleased photos and Syme’s new artwork. Jacket 1 features Syme’s original 1980 album artwork in a single-pocket jacket, while Jacket 2 contains the Permanent Waves 1980 Tour bonus content in gatefold form.

The fourth configuration, the Deluxe Digital Edition featuring the original album and all 12 bonus live performances.

CD2 in the Super Deluxe Edition and the Deluxe Edition will feature 11 of the 12 live bonus tracks due to CD run time constraints. “A Passage To Bangkok (Live in Manchester)” was previously available on the 2112 – Deluxe Edition in 2012 so will not be featured on CD2 for both of these configurations.”

The full track listing can be found on Rush.com as well.

Late Rush drummer Neil Peart will be honored during a special “Night For Neil” memorial celebration at the Meridian Centre in St Catherines, Ontario on May 16. The event, which is being organized in cooperation with Peart’s family, will feature various performers and speakers paying tribute to the legend. Tickets will go on sale on February 28 and proceeds will go towards Overtime Angels, St. Catharines Hospital and Walker Cancer Centre, The Juravinski Hospital & Cancer Centre in Hamilton, Ontario, and The Royal Victoria Regional Health Centre in Barrie, Ontario. 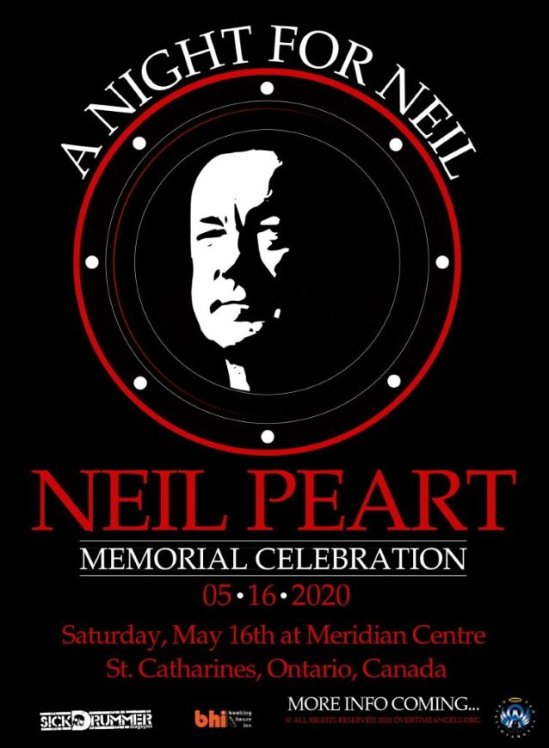