The latest installment in the “Watch Dogs” video game series, “Watch Dogs: Legion,” was officially released yesterday (October 29) and it features a number of metal artists on the soundtrack. Among the bands included are Bring Me The Horizon, Architects, Anaal Nathrakh, Bolt Thrower, Angel Witch, and more. 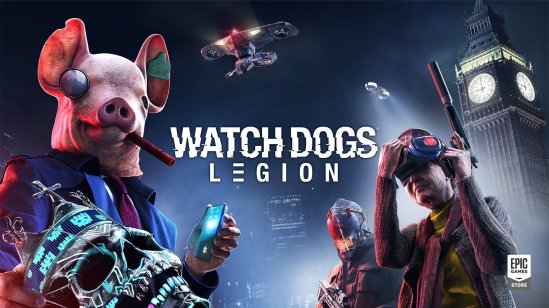 The track listing has been revealed for the soundtrack to the latest installment in the “Bill & Ted” series, “Bill & Ted Face The Music.” The effort will be released alongside the movie on August 28 and it will feature Lamb Of God, Mastodon, Animals As Leaders, and more. 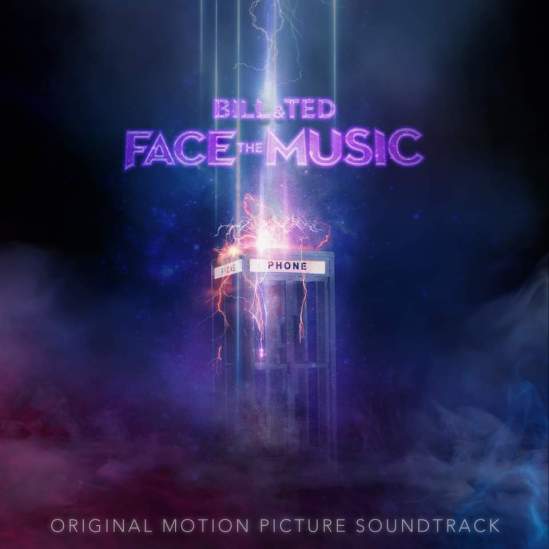 The first single, Weezer’s “Beginning Of The End” (Wyld Stallyns Edit), can be found below:

The soundtrack has been revealed for the newly remastered “Tony Hawk’s Pro Skater 1 + 2.” The video game will be released on September 4 and it will feature songs from Papa Roach, Rage Against The Machine, Primus, Powerman 5000, American Nightmare, Bad Religion, Sublime, Goldfinger, Reel Big Fish, and more.

Parkway Drive will be releasing the soundtrack to their new documentary “Viva The Underdogs” on March 27. The effort will come with 11 live tracks from the band’s August 3, 2019 set at the Wacken Open Air festival as well as some new German versions of three of their songs.

Winston McCall said the following about recording their music in German:

“This was hands down one of the most unique projects we’ve undertaken. The idea of taking our songs and interpreting them through another language was a massive challenge, but considering the amount of time, love and support that has been shown to us over the years we wanted to commit to doing the project with full integrity.

The result is every effort being made to translate the meaning, spirit, and conviction of these songs in a language that is not our own. We hope the result helps to strengthen the connection this music creates. We offer you these songs out of respect and our heartfelt thanks for all the times you have sung them with us in their original forms. We hope you enjoy them as much as we enjoyed the process of creating them.”

You can pre-order the soundtrack HERE and check out the live and German versions of “The Void” below:

The track listing has been revealed for the “WWE 2K20” soundtrack. That video game will be released on October 22 and it will feature songs from Bring Me The Horizon, Mötley Crüe, Misfits, Muse, Poppy, etc.

Here’s all the in-game tracks:

Waxworks have released three songs from the score of Rob Zombie’s upcoming film “3 From Hell.” The tracks were written and performed by producer Chris “Zeuss” Harris and they can be streamed below. The full “3 From Hell” soundtrack will be available as a deluxe vinyl package, which you can pre-order HERE, along with deluxe vinyl packages for the soundtracks of “House Of 1000 Corpses” and “The Devil’s Rejects.” Orders are expected to ship in August.

And now to complete the trilogy! 3 FROM HELL soundtrack!!!!! Be the first to snag this wicked double album from @waxworkrecords. This killer package includes 2 colored discs: disc one is the entire score by @zeussproducer and the second disc is the kickass songs you expect from a Zombie film. Along with that a 12 page booklet of never seen photos, beautiful artwork by Robert Sammelin including a gatefold! Order now from waxworkrecords.com #threefromhell #robzombie #waxworksrecords #sherimoonzombie #dannytrejo #billmoseley #richardbrake #jeffdanielphillips #sidhaig #deewallace #panchomoler #emiliorivera

Oh shit! Now available for the first time on vinyl THE DEVIL'S REJECTS! From @waxworkrecords comes a monster of a soundtrack! The amazing package includes a wicked gatefold, 2 "sand and blood" vinyl records! 12 page book of rare and never seen photos along with liner notes by me! Go to waxworkrecords.com to pre-order now !!!!!! #thedevilsrejects #robzombie #sherimoonzombie #billmoseley #sidhaig #freebird

OH YEAH !!!! From @waxworkrecords comes HOUSE OF 1000 CORPSES soundtrack. Includes 2 blood splattered albums! A 12 pages booklet of rare and never before seen behind-the-scene photos along with liner notes by me! This a beautiful package so pre-order now!!! Go to waxworkrecords.com #houseof1000corpses #robzombie #sherimoonzombie #billmoseley #sidhaig #drsatan

The soundtrack has been revealed for the new WWE video game “WWE 2K19” (out October 19) and it features a number of rock/metal songs. You can find an announcement video, along with the track listing below:

Candlemass have announced a new online game and soundtrack called “House Of Doom.” The soundtrack was written by Leif Edling, produced by Marcus Jidell, mixed by David Castillo, and mastered by Maor Appelbaum.

A description of the game was posted on its official site:

House of Doom is a unique game with bespoke music written by Leif Edling and performed by Legendary doom metal band Candlemass. The band has also been part of the development of the game that invites you into the world of extreme style heavy metal music, where both music and lyrics intend to evoke a sense of despair, dread and, impending doom.

Epic doom metal riffs from real instruments and doom style graphics comes together in this classic online video slot and results in a never before seen player experience.

House of Doom is a 5-reel video slot with 10 fixed paylines. It is a volatile game with a high payout. There are wilds, free(doom)spins and bonus scatter symbols (the Skull). Landing three skulls at the right moment triggers the Skulls of Abyss bonus game, where hidden prizes can be won…

The soundtrack for the new horror film “The Devil’s Candy” will definitely be a delight for metal fans. The movie will feature songs from Slayer, Ghost, Machine Head, and more. You can find the whole track listing below, along with a trailer and synopsis for the film. If you are interested, you can watch it on March 17 on VOD and some select theaters.

“Jesse, a struggling artist, moves with his wife and daughter into their dream house in rural Texas, the price driven down by the property’s dark past. Their lives soon begin to unravel as the demonic forces lurking in the house take hold of the young family. Jesse’s paintings take a satanic turn while the family is plagued by Ray, the deranged son of the former owners. Soon it becomes clear that Jesse and Ray are both being influenced by the same dark forces and that Jesse and his family aren’t safe from its former inhabitants or indeed from the devil himself.”