Paradise Lost will be releasing a new Blu-ray/live album titled “At The Mill” on July 16. The effort was recorded during the band’s November 5, 2020 livestream show at The Mill in Bradford, England. A live video for “Darker Thoughts” from that set can be found below: 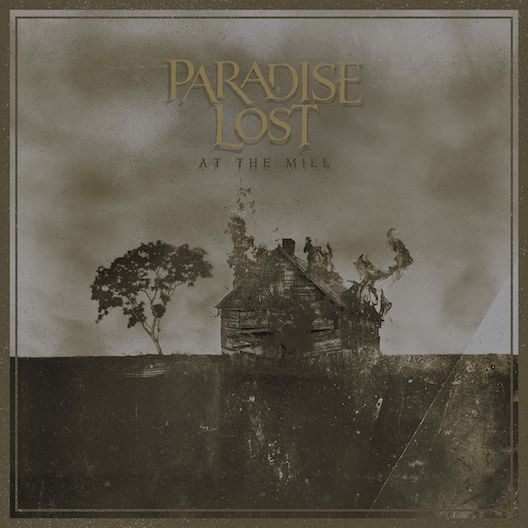 “At The Mill” Track Listing:

“Remember, remember, the Fifth Of November?

Due to the ban on live music, we, like many other bands, have had to adapt and do something we never thought we’d have to do. No, not stacking shelves in Aldi like Metallica, but playing a show at a disused mill in Yorkshire with no one else there.

We decided against trying to pretend there was an audience in the room with us, opting instead for a rather moribund version of a live lounge show. Whilst never being pleased with anything, we were however slightly less miserable at the result.

It was also almost fun playing some of our new album Obsidian within the set for the first time too. We can now announce that we will be releasing this show as an official CD/Blu-Ray and vinyl on 16th July 2021, imaginatively entitled ‘At The Mill‘.”

Dream Theater will be releasing a new live album/film titled “Distant Memories – Live In London“ on November 27. That effort was recorded during a February show at the Eventim Apollo in London, England. John Petrucci commented:

“Whether you had a chance to see this tour in person and want to relive what was hopefully an awesome concert experience or enjoying the performance on video for the first time, Distant Memories – Live In London very accurately and very beautifully captures the energy and excitement we all felt together at the Apollo this past February.”

A live video for “Pale Blue Dot” from the release can be found below:

“The whole objective was that I wanted to make that statement: This is by the seat our pants. Because it’s important to me to represent this hyper anal-retentive music that I’ve made over the years, but in a human way. Rather than it just being, ‘Well, here it is, perfectly done.’

I was overwhelmed by the fact that all these brilliant people that I have so much respect for were willing to come together and play this weird shit with me. I had these unique players and this interesting instrumentation that allowed us to interpret the music in different ways. It was clear to me that I could just have fun and be me and know that they would be effortlessly be able to follow that.”

Multiple formats will be available to pre-order on August 28 including a limited edition deluxe 2-CD/1 Blu-ray/1-DVD artbook set.

HammerFall will be releasing a new live album/film titled “Live! Against The World” on October 23. The effort was filmed on February 15 at the MHP Arena in Ludwigsburg, Germany and a live video for “Never Forgive, Never Forget” from the set can be found below:

“Live! Against The World” Track Listing:

“I am so damn proud that we are able to present a full blown, up-to-date, live show in these extremely difficult times. A time when real live shows in front of a ‘real’ live audience have ceased to exist.

The show at MHP Arena Ludwigsburg was nothing but epic and really captured the strength and power of the band as a live act and shows the joy we are experiencing together on stage every night, no matter where we play. This is the biggest stage production we ever had and now you can experience this at home anywhere, at any time.

HammerFall is and always will be a live band and together with the greatest fans in the world we are an unstoppable force!”

“The live act that HammerFall is right now blows everything we have done previously out of the water, and I am super happy that we got to document it in this way on the biggest tour we have ever done.

The setlist speaks for itself — every album is represented with at least one song; there’s stuff we have never performed live before, songs we haven’t played in a long time and of course all the classics. It’s a great testament to where we stand today, and an added bonus is that we finally got to record something major in Germany, in front of the fans who have been with us literally since day one.”

Septicflesh‘s new live release, “Infernus Sinfonica MMXIX,“ is set to be released on July 31. The effort was filmed during the band’s February 2, 2019 show at the Metropolitan Theater in Mexico City, Mexico in which they performed with the Symphonic Experience Orchestra, the Enharmonía Vocalis Choir, and the National University of Mexico Children’s and Youth Choir.

The band had the following to say about the release, which will be available on Blu-ray, DVD, CD, vinyl and digitally:

“On the 2nd of February 2019, a historic for SEPTICFLESH show took place in Mexico City at a fully packed Metropolitan Theater. For the first time and with the help of over 100 musicians, our songs were performed live in their full symphonic glory. The whole show was recorded and now it is time to present it to all our fans in a DVD/Blu Ray 5.1 entitled ‘Infernus Sinfonica MMXIX‘ that will be released from Season of Mist. We are grateful to all people that made this experience possible and success!”

Tesla will be paying homage to their 1990 live acoustic album “Five Man Acoustical Jam” with a new live release titled “Five Man London Jam.” The effort, which was recorded at Abbey Road Studios in London, England, will be released on March 27 and it will be available on Blu-ray, 2LP vinyl, CD, and digitally. You can stream a live version of “What You Give” below: 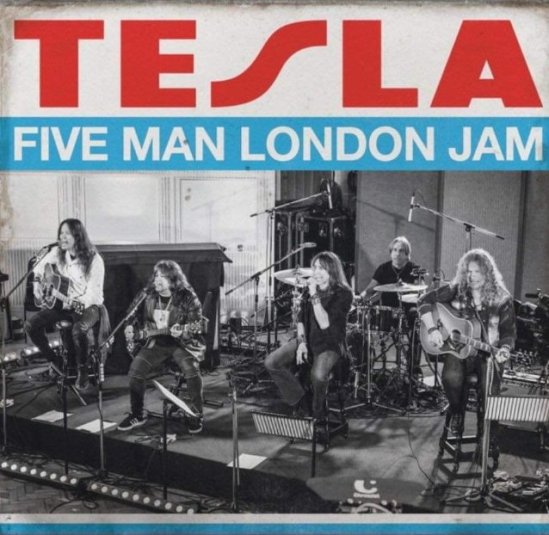 Blue Öyster Cult will be releasing a new live set titled “40th Anniversary – Agents Of Fortune – Live 2016” on March 6. The effort, which will be available on CD/DVD, Blu-ray, and vinyl, was recorded during the band’s April 18, 2016 show at Red Studios in Hollywood, CA in which they performed “Agents Of Fortune” in full for the Audience Music Network. Furthermore, the band will also be reissuing “Heaven Forbid” on March 6 as well.

New Years Day will be releasing a new limited edition box set called “Through The Years” on January 24. The set will come with the band’s complete discography on custom colored vinyl, a Blu-ray featuring their various music videos, and a four-page picture book of never-before-seen photos that were chosen and captioned by frontwoman Ash Costello. The set is limited to 500 copies and it can be pre-ordered HERE. Costello commented:

“I recorded New Years Day’s first album, ‘My Dear’, in my friend’s bedroom closet in 2005, nearly 15 years ago. From then till now, every song recorded has been like a ripped page from that day in my personal life’s journal. It’s exciting to see it all together now, like a map of our band’s career. I hope everyone enjoys being able to own the entire journey, and I hope it inspires the listeners to never give up on their dream.”

Nightwish have announced that they will be releasing “Decades: Live In Buenos Aires” on December 6. The effort was recorded during the band’s September 30, 2018 show at Estadio Malvinas in Buenos Aires, Argentina and it will be available in the following formats: Blu-ray digibook, 2CD digipak, Blu-ray+2CD earbook, and 3LP set. 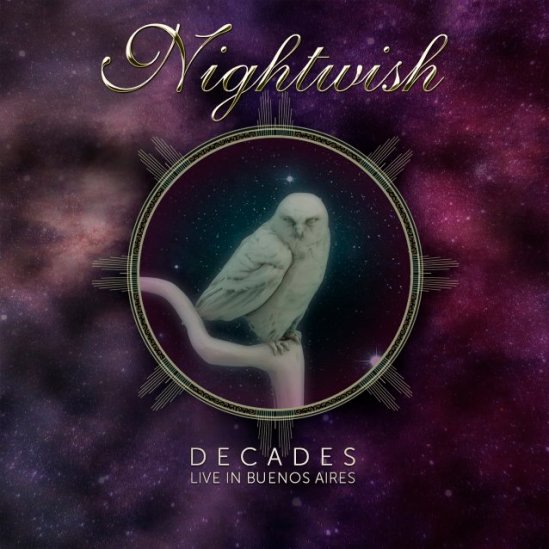