Dead Cross (Faith No More, ex-Slayer, etc.) have premiered a new video for their song “Skin Of A Redneck.“ That track is featured on the band’s 2018 self-titled EP.

During a recent interview with Consequence Of Sound, Mike Patton was asked about the possibility of Mr. Bungle recording new material with their current lineup. The frontman responded by saying he wouldn’t rule out the idea, but he doubts it will happen.

“You’re getting ahead of the skis there! I don’t know. Look, it could be fun. So I would never say no, but I kinda doubt it. It’s just really like a moment in time and we’re documenting a sound that we had that really most people don’t understand. It illustrates basically where we came from, and I don’t know if we could do that twice.”

Despite this, the band will still be releasing a re-recorded version of “The Raging Wrath Of The Easter Bunny” on October 30. On another note, Patton also offered an update on the new Dead Cross and Tomahawk albums:

“Tomahawk is done, and Dead Cross is in process.”

You can read more from Patton at Consequence Of Sound.

Dead Cross (Faith No More, ex-Slayer, etc.) have premiered a new video for their cover of Black Flag’s “Rise Above.” The band commented:

“Dead Cross – Rise Above (Black Flag cover) created in solidarity with the Black Lives Matter movement and staunchly opposing police brutality and systemic racism. As such, the track opens with a recording of a Los Angeles resident voicing his displeasure with the LAPD during a public comment period from a regularly scheduled LA police commission meeting.”

During a recent interview with Brooklyn Vegan, Justin Pearson (Dead Cross, The Locust, etc.) talked a bit about Satanic Planet, the project he’s working on with Dave Lombardo (Dead Cross, ex-Slayer, etc.), Luke Henshaw (Planet B, etc.), and Satanic Temple founder Lucien Greaves. According to him, the band’s new album will be “pretty fucked sounding.”

Pearson said the following about Lombardo’s involvement in the project:

“We had the bulk of the album done and wanted to see if he’d play on one specific track, and maybe a second. We sent files and then, one track turned into one, then two, then three, and now the entire album, which is awesome. I love the dude and what he is contributing to each track.”

He also added the following about the group’s musical direction and Lucien’s involvement:

“Well, I wouldn’t describe the sound. As I do with most of the stuff I am part if, I just say it’s ‘annoying,’ which it mostly is, and it’s meant to be. I’m also trying to coin that as an actual genre of music, for all the weird shit that can’t be easily placed in a box for marketing purposes. As for Lucien’s involvement, he does all of the lyric writing and a good amount of the vocals. But back to what it sounds like… it’s basically pretty fucked sounding, in the realm of industrial music, but really disjointed, uneasy. It’s supposed to sound like what one would assume a satanic record would sound like.”

He continued when asked about release plans:

“We still need to finish up the album. We are planning on starting to mix it soon, and then hopefully find a label to release it. With who is involved in the project, and our friends who have contributed to the tracks such as [Cattle Decapitation’s] Travis Ryan and Jung Sing, I think it will be well received as bizarre as it is turning out. I really look forward to the world hearing it.”

Dave Lombardo (Dead Cross, ex-Slayer, etc.) has teamed up with Justin Pearson (Dead Cross, The Locust, etc.) and Luke Henshaw (Planet B, etc.) for a new industrial project called Satanic Planet. The drummer told Rolling Stone the following about that:

“The name of it is Satanic Planet. It’s with Justin Pearson, who’s in Dead Cross as well. And Luke Henshaw, who he works with pretty closely. And Luke also worked on some of the remixes that we featured on our EP. And some of the vocals are done by the head of the Satanic Temple. This is through his affiliation with Justin, so they decided to create an album that’s kind of influenced by Anton LaVey’s early album that he recorded of one of his Black Masses. So we took influence from that. What was supposed to be one song ended up being the whole record. They liked what I did and so I’ve been tackling that nightly. I usually start around midnight and go till around three in the morning [laughs]. But yeah, it’s kind of cool; it’s fun. Like I said, it’s been keeping me busy. And other little odd-and-end jobs that I’ve been doing.” 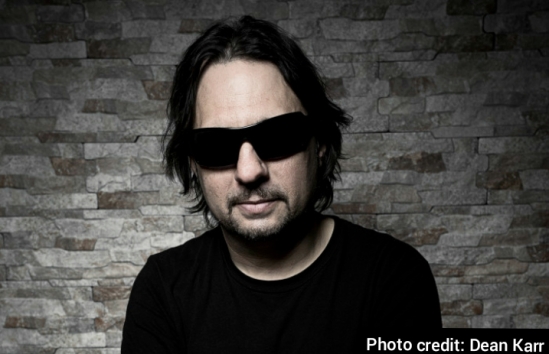 Dead Cross (Faith No More, ex-Slayer, etc.) have officially started the recording process for their new album. The band confirmed the news in the below post:

♠️We are happy to announce that tracking for DEAD CROSS LP #2 has now begun. 🖤🤘🏻

Dave Lombardo (Suicidal Tendencies, Dead Cross, ex-Slayer, etc.) has scored the upcoming documentary “Los Ultimos Frikis.” The film, which was directed by Nicholas Brennan, focuses on Cuban metal act Zeus and it will premiere at DOC NYC in New York, NY on November 10.

Here’s a description of the documentary:

”Los Ultimos Frikis‘ captures an intimate portrait of Zeus, a heavy metal band from Havana, Cuba. After fighting for two decades for the right to play their once-forbidden music, Zeus embarks on a journey across the island for their first national tour. While on tour, the band confronts their own fragile place in the country’s shifting culture as a new generation turns to newer, sexier sounds. Returning home to Havana on the cusp of their 30th anniversary, the band comes to terms with how they’ve dedicated their lives, as the film becomes a reflection on time, art and life’s purpose.”

“When Nick told me his vision for this documentary I was immediately intrigued by the story because it could have been mine. When he asked me to score the film, I didn’t hesitate to accept. It couldn’t have been a more perfect match for my debut at a new form of musical expression. I have been on a path of making music solely for myself and various bands for 37 years. This is for the people of my birthplace. This is for my blood and for healing.”

“‘Los Ultimos Frikis‘ is the culmination of a cross-border collaboration between Cuban and American filmmakers, musicians and artists who have worked together over the past decade to share this unheard story from Cuba with the world. It’s an important example for our current times of how collaboration and friendship can overcome our political differences.

Partnering with Dave Lombardo on this film has been one of the pinnacles of my creative career. Dave has brought a deeply personal and creative weight to his music in this film, informed both by his Cuban roots as well our shared time together in Havana over the past few years. With the film’s original score, Dave pours his heart into the music, blending Cuban rhythms, a deeply emotional sensitivity, and his metal instincts to echo the powerful, impactful story of Zeus as it unfolds on screen.”

Michael Crain (Dead Cross, Retox, etc.) has sadly been diagnosed with a form of cancer called Squamous Cell Carcinoma. He will be beginning treatment this month and a GoFundMe campaign has been launched to help him with medical expenses.

On July 17th he was diagnosed with a form of cancer known as SCC or Squamous Cell Carcinoma after a routine surgery to remove a Bronchial Cyst. Since then, he underwent a bilateral tonsillectomy as well as multiple biopsy’s and tests.

At the end of September, Mike will begin radiation therapy coupled with chemotherapy.

Although the prognosis for his recovery is high, Mike (like so many others with health insurance) is now faced with a depleted savings account and increasing credit card debt just to cover his Kaiser co-payments. We created this GoFundMe page to help offset Mike‘s expenses so he can focus on getting well without financial stress.

Many of you know Michael Crain is a talented musician, but what you may not know is that he is a stellar human being. He is deeply involved in his home community, and can often be found rescuing dogs and people alike. We recognize that these are uncertain times. Taking care of our own is how we fight back. The personal is political.

Let’s keep Michael Crain on the planet for as long as we can.

Kool Keith is streaming a Dead Cross mashup of his song “Uncrushable” via Rolling Stone. The track, which features Dead Cross’ “Church Of The Motherfuckers”, will appear on the rapper’s new EP “Blast” (out March 29).

Dead Cross will appear on Kool Keith‘s new EP “Blast” (March 29) as part of a mashup that features their song “Church Of The Motherfuckers” along with the rapper’s track “Uncrushable.” On top of that, Planet B (Dead Cross, etc.) will also remix the effort’s title track.