Swallow The Sun have premiered a new video for their new song “Enemy.” This track is from the band’s new album “Moonflowers,” which will be released on November 19. The group commented:

“Compared to the dark and mournful ‘Woven Into Sorrow’ – latest single release – ‘Enemy’ presents the heavier and more dramatic side of the album without seeming less sad and gloomy.”

The Plot In You have premiered a new song titled “Enemy.” This track is from the band’s new album “Swan Song,” which will be released on September 17. Landon Tewers said the following about the song:

“‘Enemy‘, like a lot of songs on ‘Swan Song‘, is a meditation on love. It’s about exposing self-realizations on ego, resentment, and shortcomings. Ultimately, it’s about coming to grim conclusions.”

Brand Of Sacrifice have teamed up with Underoath’s Spencer Chamberlain for a new song titled “Enemy.” The track is accompanied by a new short film, which you can watch below. A limited edition 7″ featuring the single and a special manga comic will also be released on December 17. Pre-orders are available HERE.

“We wrote ‘Enemy‘ as a standalone release, expanding on some of the more melodic and metalcore moments on songs like ‘Animal,’ ‘Foe Of The Inhuman‘ and ‘Vengeance.’ The possibility of getting Spencer Chamberlain on guest vocals was electrifying.

We were already excited about the song, but his ability to elicit emotion by leading into his screams with tormented talking brought it to the next level. He perfectly complemented our goal on the song. We’re also releasing two remixes of ‘Lifeblood‘ songs, like full-on electronic bangers that retain the musical motifs but present them as entirely different styles and moods. We’re beyond proud that our music can transcend boundaries like that.”

Kyle Anderson also added the following about the comic:

“It’s no secret that we have drawn many of our lyrical themes—and even our name—from Berserk, the dark manga masterpiece by Kentaro Miura (RIP). As we move further away from Berserk as a direct reference point, we wanted to expand on the lore on our album art in the best possible format: manga. We’re very proud to expand the Brand Of Sacrifice universe and hope our fans like it too, which would allow us to continue telling our own story.”

Brand Of Sacrifice have shared a teaser for their new song and short film “Enemy.” That track features Underoath’s Spencer Chamberlain and the full video for it will debut on August 5.

Nails will be releasing a 10th anniversary edition of “Unsilent Death” on November 27. The effort will come with various bonus tracks including two previously unreleased b-sides and three songs from the band’s “Obscene Humanity” 7 inch release. The first single, “Enemy,” can be streamed below. Frontman Todd Jones commented:

“We’re happy that the record seemingly deserves a celebration for its ten-year anniversary. I hope people enjoy it.” 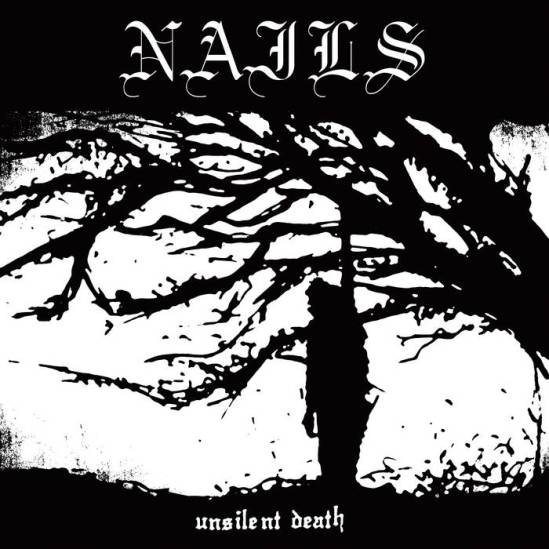 BillyBio, aka Billy Graziadei (Biohazard, Powerflo, etc.), has premiered a new video for his song “Enemy.” This track is from his debut solo album “Feed The Fire.”

“I wrote a song about the two sides of a political enemy. Is the political detainee who stands up for his kind, sacrificing their own well-being for the benefit of everyone else, an actual enemy? Is the person who stands up for those who can’t stand on their own, a friend or a foe? One of the most controversial subjects while I was writing this song was waterboarding, the scene at the end of the video was the worst thing I’ve ever experienced. There are two sides in life, with, or against. Pick one.”

Brandan Schieppati (Ex-Bleeding Through) has started a new band called The Iron Son. Mick Kenney (Anaal Nathrakh) worked with him on the project, which also features Shannon Lucas (ex-The Black Dahlia Murder/All That Remains) on drums. Check out his first single, “Unleash Hell” feat. Chris Motionless (Motionless In White) below:

“I’m proud to finally be making the announcement of my new band The Iron Son. You can take a listen to the song “Unleash Hell” from the up coming record “Enemy” at http://www.PVREEVIL.com!! This song features Chris from Motionless In White on guest vocals and Shannon Lucas on drums. After a short layoff from the music industry I decided to work on this band with friend and producer Mick Kenney to create this music.

This band is a solo band but I will be having a solid line up that will play shows with me. This is a total DIY project. Although I received a bunch of record label offers for this project I decided to self fund the band as well as being a part owner in the record label @pvreevilrecords along with @ctothejray this music is for you and I. Not for people that just see it as $$$. I put my heart in to this and the lyrics are straight to the point. It is a reflection on the darkest years of my life and recovery from addiction and mental illness.

Pre order for the CD and 12 inch LP will be available November 13th. With a digital release shortly after. I really hope you enjoy and if you don’t oh well.”