As previously reported, this year’s Record Store Day will now take place across three dates (August 29, September 26, and October 24) due to the coronavirus pandemic. The full updated release schedule is available HERE. A list of rock/metal releases can be found below.

The full list of special releases for this year’s Record Store Day (April 18) has been posted. You can find a list of rock/metal releases below and the full list HERE.

Primitive Race, who were previously fronted by the late Chuck Mosley (ex-Faith No More), have premiered a new lyric video for “Bed Six,” via mxdwn.com. This track is from the band’s latest album “Soul Pretender.” Chris Kniker commented:

“The funny thing about Bed Six is all of our songs on Soul Pretender had working titles of Bed and just a number. For whatever reason Chuck decided he was just going to call this song Bed Six and work the title into the song. I gave him so much hell about that and he refused to change it. So we ended up just going with it. It was just an inside joke.”

Primitive Race will be releasing “Soul Pretender” on limited edition blue vinyl as a dedication to the late Chuck Mosley. It will come with an inner sleeve featuring lyrics from Mosley, as well as a digital download of the album. Pre-orders are available HERE. Bassist Chris Knicker commented:

“This was a really special record and experience to have shared with Mark, Dale, Erie, and Chuck, and it only felt right to give these songs a special vinyl treatment to commemorate what we created. It feels like the right way to physically honor our all too brief era with Chuck.” 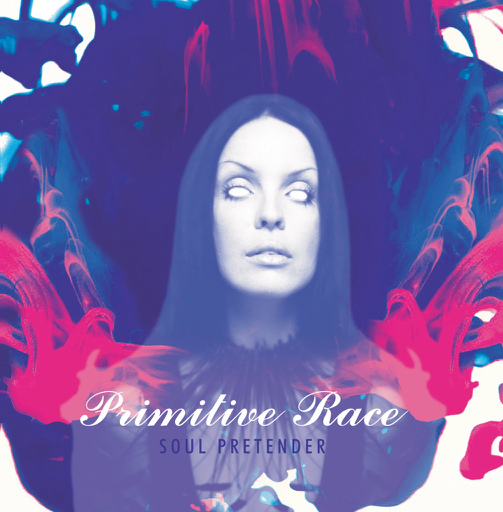 Director/musician Drew Fortier is working on a new documentary about the late Chuck Mosley (ex-Faith No More, etc.). The effort, which Mosley agreed to right before his November 2017 death, will be called “Thanks. And Sorry: The Chuck Mosley Movie,” and it will be produced by his friend, bandmate, etc. Douglas Esper. An official Facebook page has been launched for the project, and fans have been invited to contribute audio, photos, videos, and stories to the film via chuck@mosleyvua.com. 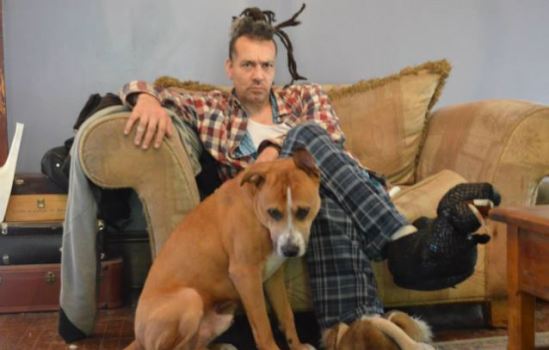 Primitive Race, who were previously fronted by the late Chuck Mosley (ex-Faith No More), have premiered a new lyric video for “Cranial Matter.” You can check that out below. As previously announced, the band will be donating 100% of the proceeds from the sales of their latest album “Soul Pretender” to MusiCares in Mosley’s name.

Primitive Race, who were previously fronted by the late Chuck Mosley (ex-Faith No More), have announced that they will be donating 100% of the proceeds from the sales of their latest album “Soul Pretender” to MusiCares in Mosley’s name. That effort was released on November 3, six days before Mosley’s tragic death.

“I wasn’t prepared for any of this. Most only knew Chuck Mosley as the former singer of Faith No More; to me was a friend with whom I had formed a special bond over the past 17 years. Chuck was funny, witty, charismatic, and charming in a way that was only Chuck. He was truly one of a kind.

Chuck inspired Mark, Erie, and I, and I knew we did the same for him. He felt we had created something that allowed him to grow as an artist. He was thrilled and honored to be playing on a record with Dale Crover. I was just happy to know that we made a record that I enjoyed; a group of friends creating something together.

I am sure that Chuck would want us all to learn and grow from his struggles. Addiction is a horrible burden to bare for the afflicted and their loved ones. If you are or know someone who needs help don’t be afraid to ask.”

The band have shared a stream of “Dancing On The Sun,” which was Mosley‘s favorite track off “Soul Pretender.“ You can listen to that below. You can also still donate at GoFundMe to help out with Mosley‘s memorial.

According to TMZ, Chuck Mosley (ex-Faith No More) is suspected to have died as a result of heroin overdose. Two syringes, a baggie and a spoon with residue were reportedly found by his body. He was found dead on November 9 by his longtime partner Pip Logan and a friend. Toxicology reports are not available at this time.

Korn’s Brian “Head” Welch has shared a tribute for the late Chuck Mosley (ex-Faith No More). You can read what he had to say in the below Instagram post:

I remember living in a tiny apartment in Burbank California living with most of the guys who would later form Korn. They were in their funk rock band called LAPD. I was just hanging out drinking beer trying to figure out life. They were so into the Red Hot Chilli Peppers and Faith No More, and I wanted nothing to do with those bands. Little did I know that Faith No More would grow on me so much that it changed my whole outlook of what metal could sound like. I remember Fieldy waking the whole house up every single day singing the background vocals for the song "We Care A lot" by Faith No More. Every morning he would scream "whoa whoa uh oh!" Drove us all crazy but looking back now it's a funny memory. Faith No More with Chuck Mosley were a huge part of our everyday lives back then. Guys, we need to learn from all this. We are losing too many people to the disease of addiction. It's a plague that's sending the angel of death to wipe so many of our people out and it's got to stop! Please, get help with whatever you're struggling with. Initiate conversations with the Lord everyday. Religious people make prayer out to be some holier than thou thing, but all it is, is talking to God like a friend. Face-to face. Heart-to heart. RIP Chuck Mosley, I'm so grateful that you and your family came to see us a couple months ago at our show 🙏🏼

On another note, Korn recently uploaded their cover of “We Care A lot” as tribute to Mosley as well:

A GoFundMe has been launched to raise money for the late Chuck Mosley’s (ex-Faith No More) memorial. His family are trying to put together a private memorial, as well as a celebration of life concert. You can donate HERE.