Silverstein have added more dates to their 20th anniversary tour with The Plot In You and Can’t Swim. You can find the updated schedule below. As previously reported, most shows will find Silverstein playing three sets each night, including a greatest hits set, an acoustic set, and a full performance of “Discovering The Waterfront.“

Silverstein have announced the rescheduled dates for their 20th anniversary tour with The Plot In You and Can’t Swim. Silverstein will be playing three sets each night, including a greatest hits set, an acoustic set, and a full performance of “Discovering The Waterfront.“

“WE ARE GOING ON TOUR!

📢 This tour has been a journey of itself, but we are pleased to announce the re-scheduled dates AND some additional shows! We know many of our fans grabbed tickets when this went on-sale back in 2019, and we are so grateful for them sticking with us. We promise to deliver the show that you deserve, and this time we will appreciate it even more after such a long forced-hiatus from the stage!

🙌 We will still be celebrating 20 years (just 1 year later!) with 3 sets: Greatest Hits (career-spanning), “Discovering the Waterfront” in full, and a stripped-down Acoustic set. For the cities we’re revisiting (because we were lucky to play them before everything shut down), we’ll be performing a broad set spanning our entire catalog. All of these shows will be our longest set ever – you don’t want to miss it.

🚌 We will be joined by The Plot In You & Can’t Swim on all dates (replacing the support bands we initially booked). Both are incredible bands and we looked forward to sharing the stage with them each night!

🎟️ All existing tickets for the re-scheduled shows remain valid. New tickets are available for all previously announced shows right now & tickets for newly announced shows will be available on Friday (June 25) @ 10am local time. Grabbing a ticket not only supports us, but all of the venues/promoters/agents/venue staff who have been affected by the closures over the past year. Let’s all support live music together!”

Counterparts have announced a European/UK tour with Can’t Swim and Chamber. Static Dress will also perform on the UK dates. 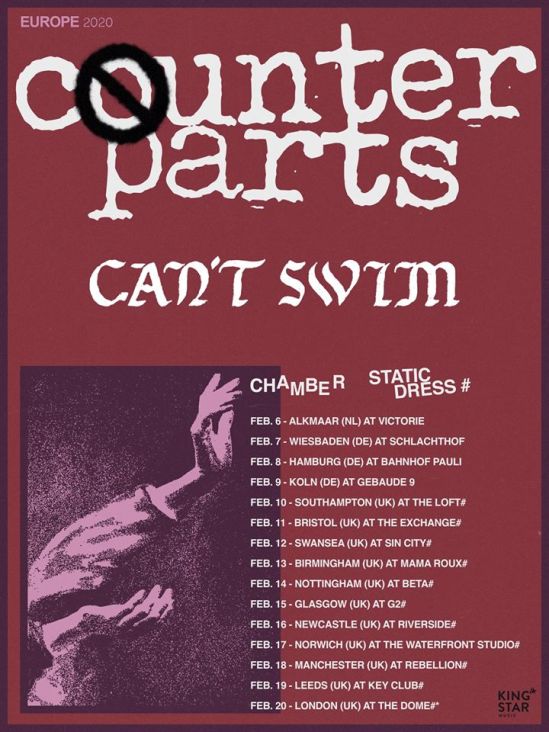 Can’t Swim have premiered a new video for their song “Power.” This track features Frank Carter and it appears on the band’s new EP “Foreign Language,” which was released today (October 11).

Underoath, Knocked Loose, and Terror have been added to the 2019 Self Help Fest in San Bernardino, CA. The event will take place at the NOS Events Center on October 12 and it will also feature: A Day To Remember, I Prevail, Beartooth, Motionless In White, Animals As Leaders, Periphery, Real Friends, This Wild Life, Set Your Goals, Angel Du$t, Can’t Swim, and Elder Brother.

We’ve added @underoathband, @knockedloosehc, and @terrorhardcore in San Bernardino on October 12th! Get your tickets and VIP now to see them and all our other artists. selfhelpfest.com

A Day To Remember have added new dates in Lubbock, TX and Uncasville, CT to their fall headlining tour. You can find their updated schedule below. I Prevail, Beartooth, and Can’t Swim will join the band on most dates. 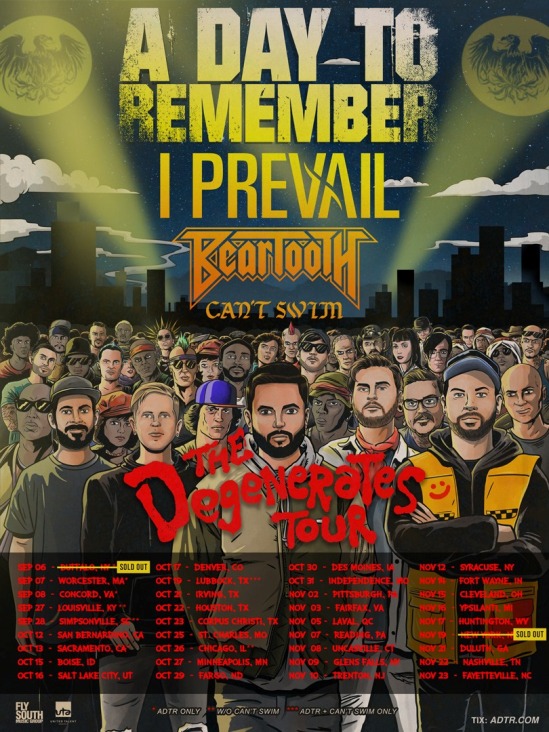 More bands have been added to A Day To Remember’s 2019 Self Help Festivals. Here’s the updated lineups:

The lineup has been revealed for the 2019 Riot Fest. The event will take place at Douglas Park in Chicago, IL on September 13-15 and the headliners include: Blink-182, Slayer (final Chicago/Milwaukee show), Bikini Kill, The Racounters, and Rise Against.

More bands have been added to A Day To Remember’s 2019 Self Help Festivals. Here’s the updated lineups:

09/07 – Worcester, MA – The Palladium Outdoors: A Day To Remember, Falling in Reverse, Fever 333, Wage War, Whitechapel, This Wild Life, and The Acacia Strain. 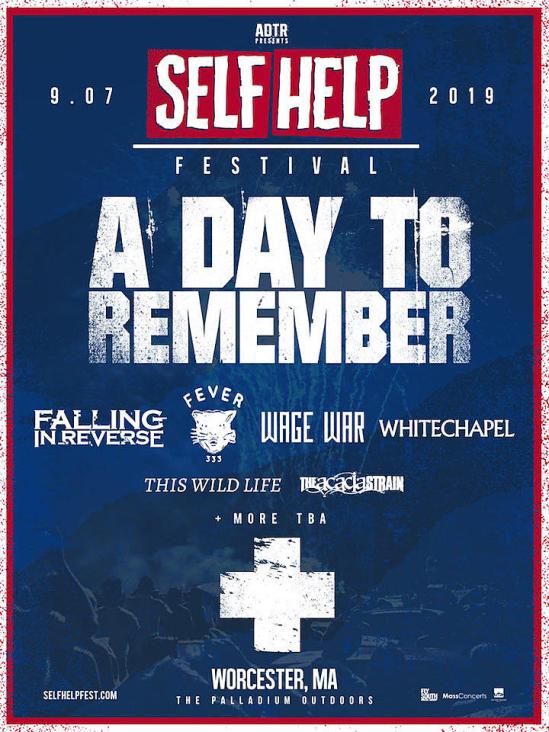 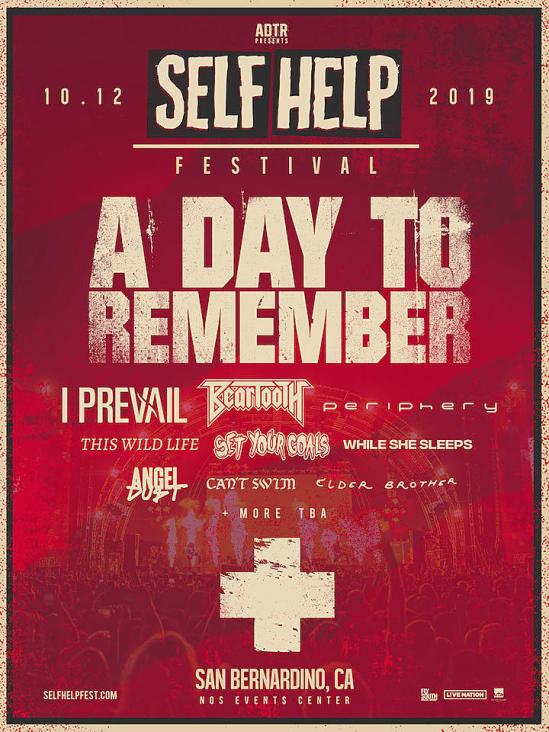