Chamber have premiered a new video for their new song “Numb (Transfuse).” This track is from the band’s new album “Cost Of Sacrifice,” which will be released on October 23. Guitarist Gabe Manuel commented:

“We finished writing ‘Numb (Transfuse)‘ pretty last minute in the studio. We had all the individual parts written already, but Randy LeBoeuf helped us bring the general arrangement of the song together. Lyrically, this song is a pretty vivid summary of the similar things that every member of the band was going through at the time, and it’s one of my favorites on the record.”

Chamber have premiered a new song titled “Visions Of Hostility.” This track is from the band’s new album “Cost Of Sacrifice,” which will be released on October 23. Gabe Manuel told Decibel the following:

“‘Visions Of Hostility‘ is definitely one of the most aggressive and direct songs on the record. We wanted to write a song that was shorter and heavier overall to break up the chaos of the first half of the album a little bit. Jacob and I wrote the lyrics together about our similar experiences growing up with absent/abusive fathers. This is definitely an angrier and more confrontational song than we usually write, and it brings some variety to the otherwise pretty chaotic first half of the LP.”

Chamber have announced that their new album “Cost Of Sacrifice” will be released on October 23. You can find an official video for “In Cleansing Fire” and a stream of “Scars In Complex Patterns“ from the effort below:

Gabe Manuel said the following about the new record:

“We were all going through our own personal struggles and we found solace in working on these songs and getting everything we were feeling out on the table. We are all influenced by a lot of different kinds of music and art, and while it was a challenge to represent all of those things on the record in a cohesive way, we grew as songwriters and musicians as a result of that challenge.”

He also added the following about “In Cleansing Fire”:

“This song is an analysis of the ways that the hateful and racist ideals this country was founded on still impact us today. The lyrics are a rejection of the argument that we aren’t responsible for the crimes of our ancestors, and they highlight the hopeless feeling that a lot of people in this country have which gets in the way of real progress. Your voice matters, and if you don’t use it to stand against racial injustice, police brutality and corruption, you are complicit in allowing those things to persist.” 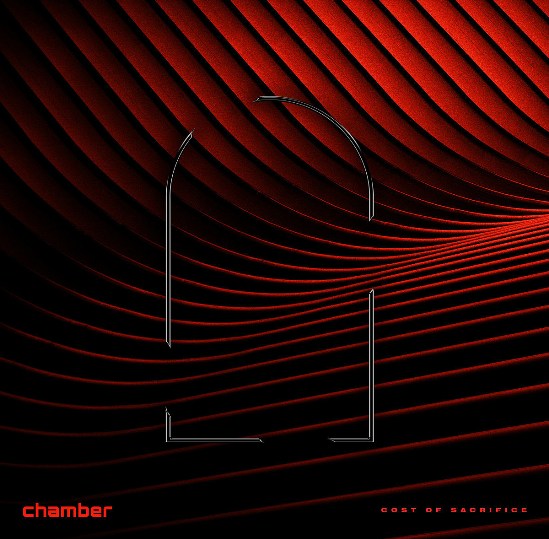 Chamber have parted ways with Mike Moynihan. The guitarist was fired after a woman accused him of sexual assault. The victim tweeted the following:

In 2015 @/StrengthOfFates assaulted me while on tour. This isn’t me asking for anyone to go after Mike, this is me holding him accountable. I’ve sat with this for 5 yrs. I’ve wanted to speak out about this several times and never felt like I could till now.

I could say a lot about this incident, but I don’t see the point. Mike knows what he’s done. We’ve spoken about it, he’s acknowledged it. However this doesn’t change what he did or the memories that night left me with.

Chamber then responded by kicking Moynihan out of the group:

Wanted everyone to know that I came to Nikki to accept accountability and responsibility for my past behaviors. In an effort to make everyone feel safe and comfortable I am no longer a part of the Chamber. https://t.co/Mil8liSw0g

I decided to take accountability because I had recognized the damaging potential of my behavior. I have since learned and have since become a better version of myself, but the journey does not end. Hold your friends accountable. Hold yourself accountable. Be better.