Wovenwar have premiered a new video for their song “Cascade.” This song is from the band’s latest album, “Honor Is Dead.”

Wovenwar (As I Lay Dying, Oh Sleeper) have premiered a new song titled “Lines In The Sand,” via Billboard. This song is from the band’s new album, “Honor Is Dead,” which will be released on October 21.

In other news, Nick Hipa also opened up about his ex-As I Lay Dying bandmate Tim Lambesis, who is in prison for hiring a hitman to kill his wife Meggan. During the chat, he discussed how the band members and Lambesis’ family faced fallout from the media, especially an Alternative Press interview with Lambesis, which was released right after his sentencing. You can read an excerpt from Billboard‘s interview with Hipa below:

“The day he had to account for what he had done, all this comes out. And then the response to that was a lot of people supported him. A lot of people said negative things about Meggan and her family, and it was very hurtful to them,” recalls Hipa. “They felt like [as] the victims of the situation [they] never had a voice, never stood a chance.”

Hipa notes that the AP article “set the tone for so much of what we would encounter for the next year-and-a-half. You get things like that that would come out, and people would chime in on it. It would shape the way that people viewed us and what we were doing. People would go out of their way to personally tell me how terrible a dude I was, how much they hoped awful things would happen to me and my family.” He atrributes such behavior to people being “overly opinionated and underinformed,” but it hasn’t made it easier for him to hear brutal opinions from fans who “bought that lie [that Meggan] probably deserved it.”

“None of them know those kids or that woman like we do. They don’t understand what he put them through to get her to a place to be like, ‘You know what? I have to protect these children from you,'” explains Hipa. “If anyone can look at the situation objectively, they can even see this guy tried to have someone murdered, and his reasoning was that he was on steroids so he was unable to think rationally, and he lost his religion, so he wasn’t able to make any moral decisions. This is who he says he was at the time, and that’s why he tried to kill her. If that’s the type of person you’re admitting to being, what sort of good mother do you think would let their kids hang around with that [kind of] personality?”

Further proving that the saga won’t die: Metal blogs were once again set atwitter when the news broke in September that Lambesis had filed a $35.5 million lawsuit against two California detention facilities, claiming that he was denied medication to counteract the side effects of his steroid use and, as a result, his breasts became abnormally enlarged.

“It’s sad to see somebody that we spent so much of our lives with end up in such a place,” says Hipa of the recent development. “He could have made such a great impact on this world, but he just gave in to the worst parts of himself. Even more discouraging for me is the fact that he’s trying to file a lawsuit for that amount. It says to me he’s still the same sort of personality at his core; nothing has changed. He thinks of himself a certain way, and he thinks of himself in a situation he created as a victim.”

Wovenwar (As I Lay Dying, Oh Sleeper) have premiered a new song titled “World On Fire,” via Alternative Press. This song is from the band’s new album, “Honor Is Dead,” which will be released on October 21.

In other news, Jordan Mancino also commented on the departure of Phil Sgrosso:

“We just wanted to go in different directions, in terms of touring commitments. It was something that we talked about like adults and understood each other’s perspectives. Right now, because he was still a big part of the creative process making Honor Is Dead—and we’ve yet to tour—it feels like business as usual, but we’ll see how his absence affects things as we move forward.”

He also added the following, when asked if they had a replacement:

“No, we actually want to handle it with just the four of us. Nick [Hipa] has got guitar duties down and Shane happens to be a great guitar player too, which puts us in a very good position. Once we decided to move forward that way and see how that goes, we felt good about it, and the four of us are just excited to get to play the new songs.”

Phil Sgrosso has announced his departure from Wovenwar (As I Lay Dying, Oh Sleeper). He didn’t go into too much details on his decision, but did say he is looking to pursue “other musical endeavors.” 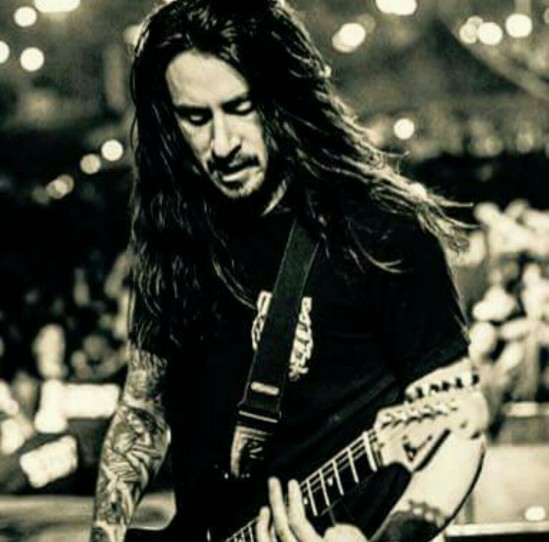 “As some of you may have heard by now, I have decided to part ways with Wovenwar. Without getting into too many specifics, I have found myself more interested in pursuing other musical endeavors right now than devoting myself to the band.

Regarding the new album, I was fully involved with the writing and recording process just like any other album, as well as handling a larger portion of the producer duties and guitar engineering. I am proud to have this album as part of my discography and thankful to have had this time to push myself and explore new musical territory. I wish the band the best as they move on.

The rest of my year will be spent writing for several different projects as well as taking Poison Headache over to Europe for the first time with Ringworm and HIEROPHANT in Nov/Dec. Thanks to the fans for their support over the years—looking forward to seeing you out on the road soon.”

Wovenwar (As I Lay Dying, Oh Sleeper) have posted the first preview for their new album “Honor Is Dead.” The effort will be released on October 21.

Wovenwar (As I Lay Dying, Oh Sleeper) have premiered a new song titled “Censorship.” This song is from the band’s new album, “Honor Is Dead,” which will be released on October 21.

Wovenwar have premiered a new music video for their song, “Archers.” This song comes from the band’s self-titled debut, which came out last year.

During their tour together, members of Wovenwar and Sylosis joined each other onstage for a cover of Pantera’s “Domination.” Check out some pro-shot footage via the below Facebook post.

Last night (February 27), I attended the In Flames show at The Catalyst, in Santa Cruz, CA and it was a great show. Vocalist, Anders Fridén had an amazing stage presence and knew how the keep the crowd going. He even joked about the band’s style change when fans asked for newer songs, even though people tend to complain that they don’t play enough older songs. The highlights of their set include their performance of “Clayman,” “Deliver Us,” “Take This Life” and “My Sweet Shadow.”

All That Remains were also on hand for a rocking set. Their performance might have even been the strongest of the night. The highlights from their set include their performance of “This Calling” and “What If I Was Nothing.” 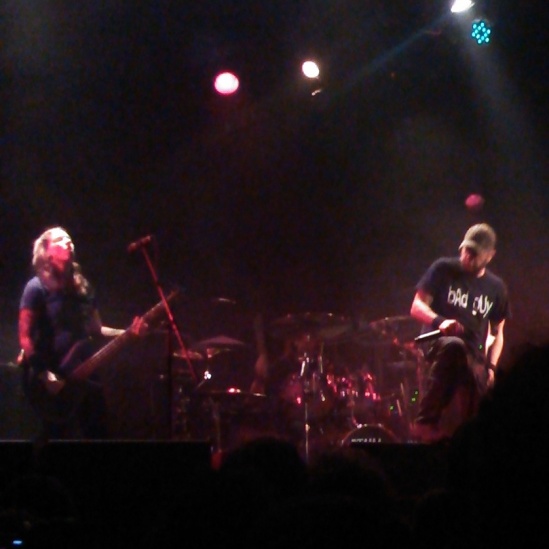 The opening act of the night was Wovenwar (ex-As I Lay Dying, Oh Sleeper) and they had a cool set as well. The live version of their track “The Mason,” was especially awesome. They are a solid act and it would defiantly be worth checking out one of their headlining shows one day.

Wovenwar have premiered a new music video for their song, “Death To Rights,” via Loudwire. This song comes from the band’s self-titled debut, which came out last year.