Venom have premiered a lyric video for their song “Bring Out Your Dead.” This track is from the band’s latest album “Storm The Gates.”

Venom will be releasing new 40th anniversary box set titled “In Nomine Satanas” on May 31. The set will come with the band’s first four studio albums (remastered from original tapes), an LP of previously unreleased demos from 1979 – 1983, and much more. Pre-orders are available HERE and the first 300 will come with an art card signed by Cronos.

Here’s all the contents:

“Welcome To Hell”
(Remastered from original tapes on splatter vinyl. Comes with reproductions of original poster and insert with an embossed cover.)

“Black Metal”
(Remastered from original tapes on swirl vinyl. Comes with reproductions of original poster and insert with an embossed cover.)

“Possessed”
(Remastered from original tapes on splatter vinyl. Comes with reproductions of original poster, insert and sleeve on mirror board.)

“Eine Kleine Nachtmusik”
(Pressed on half and half vinyl. Comes with reproductions of original gatefold and inserts.)

Along with this set, the group will also be releasing an introduction piece titled “In Nomine Satanas – The Neat Anthology.” It will include 22 remastered tracks on double splatter vinyl, as well as rare photos, memorabilia, and interviews with the band. A 43 track 2 CD edition will also be available. That version will be housed in a mediabook and it will include two previously unreleased tracks.

Venom are streaming a new song titled “Bring Out Your Dead.” This track is from the band’s new album “Storm The Gates,“ which will be released on December 14.

Venom have announced that they will be releasing their new album “Storm The Gates” on December 14. It will be available on CD and digital formats (vinyl and cassette versions will arrive early next year). Frontman Conrad “Cronos” Lant commented:

“Get ready for another killer album, packed full of awesome riffs and screaming mayhem. We’ve been hard at work for over two years to make sure this new release raises the bar, to deliver a demonic mix of old and new. Get ready to lay down your souls, legions!” 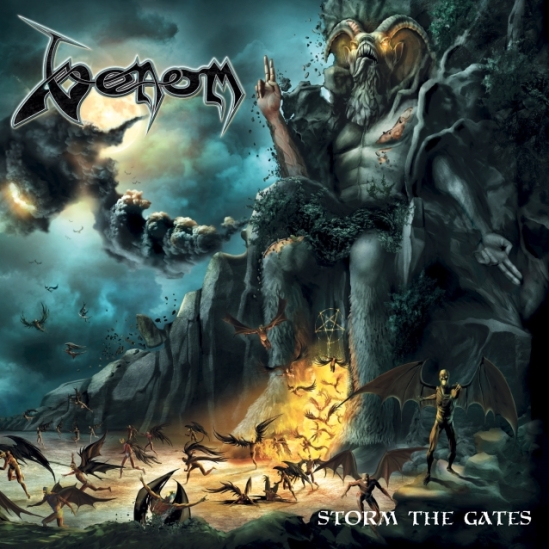 Venom will release a new EP, titled “100 Miles To Hell,” digitally on December 22. It will also be available via D2C basis in the U.S. on January 19. The effort will feature three tracks including the title track, “We The Loud,” and “Beaten To A Pulp.” There will also be a limited edition vinyl version, a limited edition cassette version, and an exclusive poster and shirt in select packages. 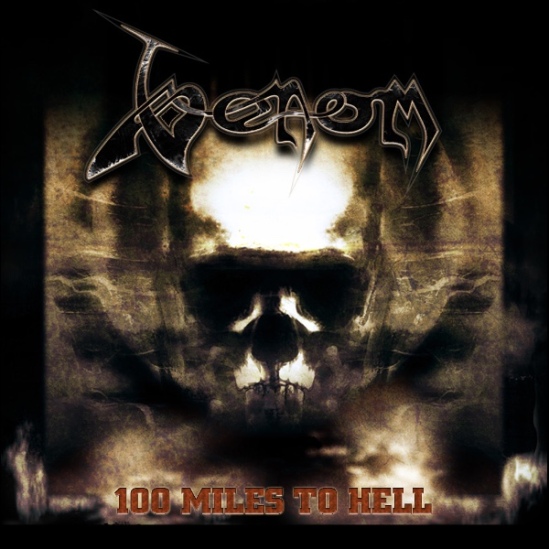 Venom’s Cronos was recently interviewed by Metal Rules, and confirmed that the band plan to release a new EP this year, followed by a new album next year. He said the following

“We’ve already put three songs together for the EP, which was only delayed because there is a backload of vinyl now. Everybody is buying fucking vinyl, and it’s really hard to get the pressings. The label was doing one, but we couldn’t get in. So, we kind of just put it back a bit. But the EP will get released this year, and then the album gets released in 2018. So, you’ll hear from the EP the direction, about is pretty much where we are now.” 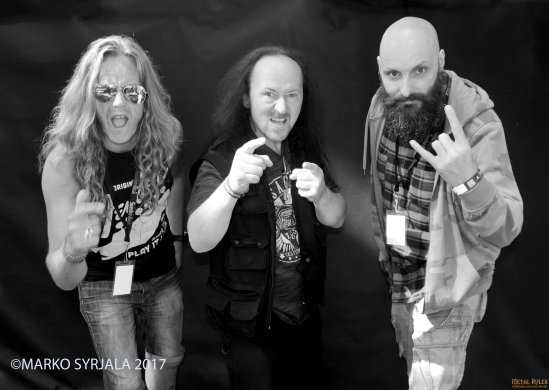 During their performance at this year’s Alcatraz Hard Rock & Heavy Metal Festival in Belgium, Venom were joined by Behemoth frontman Nergal for a performance of “In League With Satan.” Check out some fan-filmed footage below: