Kobra And The Lotus have premiered a lyric video for their new song “Thundersmith.” This track is from the band’s new album “Evolution,” which will be released on September 20.

“We’ve laid the sauce on HARD!!! The guitar licks are groovy as ever and the beat is anthemic. I wrote my vocals about my journey in the music industry as one woman singlehandedly pushing a band. This is my way of saying I haven’t given up yet. I am what I am. I keep getting up and trying no matter what happens. I’m proud of who I am, I’m going to keep being who I am, and we all should be. If you feel me, hop on my train. Like Chris Cornell said, ‘To be yourself is all that you can do.’ Let’s live empowered, be fucking brilliant, like we we’re supposed to so we can be/do better for ourselves and everyone around us.”

Kobra And The Lotus have premiered a lyric video for their new song “Get The Fuck Out Of Here.” This track is from the band’s new album “Evolution,” which will be released on September 20. Kobra Paige commented:

“‘Get The Fuck Out Of Here’! Time to get stoked, because this track was made for pumping people up and we’re going to keep whipping out the unexpected on this new album. Bad juju… no way. This track is meant to put a fun spin on wiping your life of the predatory relationships that suck your energy dry and to charge you up so you can GTFO! Use it daily.”

Kobra And The Lotus have premiered a new video for their new song “Burn!.” This track is from the band’s new album “Evolution,” which will be released on September 20.

Kobra Paige said the following about the song:

“It’s about all of the reasons you hold yourself back. You literally need to burn all of those feelings, stories, excuses, and obstacles keeping you from being your own authentic self. It’s super personal. It’s a product of growing and arriving as a person. I’m realizing who I am. It’s symbolic of the rebirth.”

She also added the following about the album:

“The new body of work sets the tone for the music going forward. Sonically, it’s still heavy. It highlights the showmanship and maintains the edge. At the same time, it’s approachable. It pays tribute to our influences, but it takes the next step. So, it’s a reintroduction to us and a rebirth. A firm goal was to build a strong identity and update everything. We just want to be Kobra And The Lotus; that’s what we’re doing.”

“We’ve never done a record like ‘Evolution’. We’ve flown demos over the Internet back and forth or started a few ideas prior to hitting the studio. This time, we were all working together in the flesh for the full duration of the writing process. It’s a collision of everything we love. We feel like it’s the freshest and most timeless thing we’ve brought to the table.” 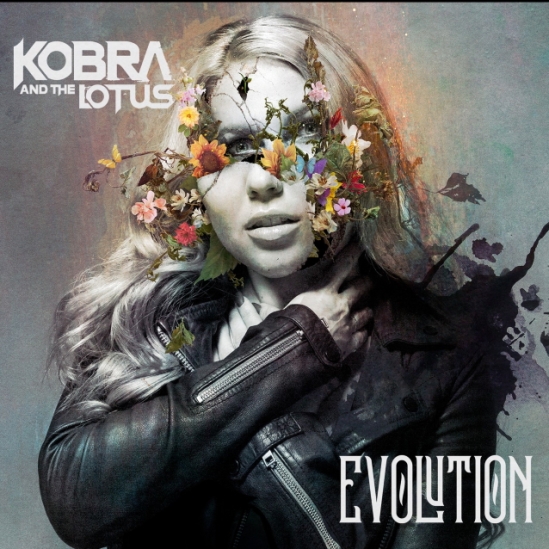 In other news, Kobra And The Lotus have also been confirmed as the supporting act on Sebastian Bach’s upcoming tour.

Tommy Karevik (Kamelot) and Kobra Paige (Kobra And The Lotus) have announced that they are engaged. You can see some social media posts from the happy couple below:

She said yes!!!! I am the luckiest man alive! Beautiful dinner in Stockholm with our families meeting for the first (but definitely not the last) time. We will be one big scandinadian family! A huge thank you to @jonasdahlbom and @piadahlbom for the outstanding food and perfect help in planning this together with me! It wouldn't have been this great without you. How great is life!!?? Cheers to happiness, what ever that means to you❤ #tommykarevik #tommykarevikofficial #kobrapaige #nervous #willyoumarryme #yes #hellyeah

Thank you all for the beautiful wishes and celebration!! We were overwhelmed by all of the love that came our way and appreciate everyone so much♥️. I never thought I was the marrying type until I met Tommy. I told my mother 2 weeks after touring with him in 2015 he was the one and I was going to marry him haha. I’m over the moon! Part of my family immigrated from the same area of Sweden( Småland) that Tommy’s family came from so I will bring the lineage back home again and strengthen the gene pool 😉 A very happy Midsommar to all of you 🌸💓♥️ #mama #family #midsommar #swedishsummer #gettinhitched #stoked #kobrapaige

Kobra And The Lotus are in the studio working on a new album. The band posted the below updates:

Kobra And The Lotus have premiered a lyric video for their song “Let Me Love You.” This track is from the band’s latest album “Prevail II”

Kobra And The Lotus have premiered a new video for their song “Velvet Roses.” This track appears on the second part of the band’s “Prevail” double album, “Prevail II,” which was released in April. Kobra Paige commented:

“High impact, pure rock adrenaline!! This vid is a fabulous trip. Free falling through the sky, whipping tight turns on a planet where everything that makes sense to you doesn’t apply and the impossible doesn’t exist. Join this tenacious driver and her motley crew as they take guitar solos literally to ‘new heights’ and drive you through the hard rock, adventure of your life!!!”