August Burns Red will be releasing a new EP titled “Guardians Sessions” on April 16. The effort features two b-sides, two covers, and two reimagined tracks. You can stream the b-side track “Icarus” below: 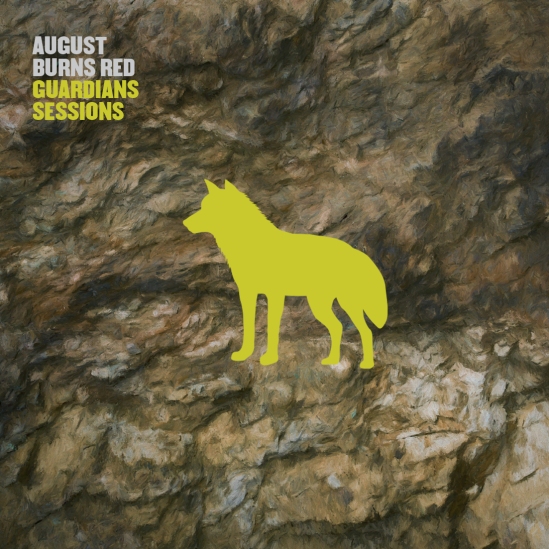 “‘Icarus‘ was a b-side from ‘Guardians‘ because it just didn’t fit the vibe of the album. I’m happy that our fans can hear it now because it’s riffy and super fun to play on guitar. It’s the first ABR song that I’ve sang on, and for fans of my side project, Best Case Scenario, I think you’ll hear the influence sprinkled throughout this one.”

JB Brubaker also added the following about the EP:

“The ‘Guardians Sessions‘ EP was put together on the foundation of two songs: ‘Standing In The Storm‘ and ‘Icarus‘. Those songs were recorded in September of 2019, when we were finishing up our album ‘Guardians‘. Both tracks got cut from the record, as we had too much material and they were the black sheep of the group.

When all touring was shut down in March of 2020, we began working on a couple of cover songs and re-imagined versions of some songs from ‘Guardians‘. Those songs were recorded in the summer of 2020. We wanted to be productive with our downtime and work on a project that would be fun for both us and our fans.”

“The soundtrack to Westworld has been a favorite of mine as long as the HBO series has existed. I started working on a metal version of the main theme to the show back in 2018, but pushed it to the backburner as other projects took priority. When COVID sent us into lockdown, the first thing I did with my time at home was finish the Westworld cover. We recorded it in the summer of 2020 and I’m really proud of how it came out. I hope fans of the show will feel we did it justice!”

During a recent episode of CBS’ “NCIS: Los Angeles,” titled “The Frogman’s Daughter,” August Burns Red’s “Bones” was featured in a torture scene. You can see footage of that below, along with a comment from guitarist JB Brubaker:

Just watched an episode of NCIS: LA where my band’s music is used to blast the ears of prisoners as a means of auditory torture, so yeah, feeling pretty good about myself right now.

August Burns Red have released a reimagined version of their song “Extinct By Instinct.” You can check that out below. The original version of the track appears on the band’s latest album “Guardians.”

August Burns Red have premiered a new video for their new song “Standing In the Storm.“ JB Brubaker commented:

“‘Standing In The Storm‘ is a song about fighting for something important to you, and enduring the hardships that come with that fight. We had a lot of fun with this track and I’m pumped on how it came out.”

August Burns Red frontman Jake Luhrs has opened his own physical and mental health facility called YourLife Gym. The following was said about that:

August Burns Red have released a cover of System Of A Down‘s “Chop Suey!.“ JB Brubaker said the following about that:

“After years of playing ‘Chop Suey!‘ over the PA system right before we took the stage at our shows, we decided to take a crack at the song ourselves. This is truly one of the most legendary rock/metal songs of all time and it was so much fun to cover. I’m especially proud of our singer Jake and our bassist Dustin. We haven’t done much clean singing in our music and this song showcases our vocalists in a whole new way.”

August Burns Red have shared footage of themselves performing “Barbarian” during their virtual “Thrill Seeker” 15th anniversary show. That event was streamed live on November 14. As previously reported, the band will also be playing a virtual “Christmas Burns Red” holiday show on December 12.

August Burns Red have released a cover of Mariah Carey‘s “All I Want For Christmas Is You.“ This news comes after the band recently announced that they will be playing a “Christmas Burns Red” livestream concert on December 12. Guitarist JB Brubaker commented:

“This year, we decided to take a crack at the legendary Mariah Carey song ‘All I Want For Christmas Is You“. This turned out to be one of the most fun holidays songs we’ve ever done, and a real head spinner for me on the guitar leads. I’m proud of how it came out and think it will be a staple for people looking for a little more metal in their holiday playlists.”

August Burns Red will be celebrating the holidays with a “Christmas Burns Red” livestream concert. The virtual event will take place on December 12 and tickets can be found HERE.