The Body have premiered a new song titled “A Lament.” This track is from the band’s new album “I’ve Seen All I Need To See,” which will be released on January 29, 2021. 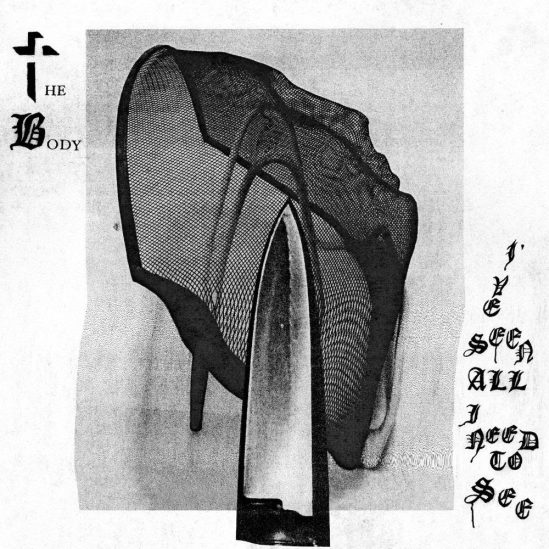 “I’ve Seen All I Need To See” Track Listing:

The new record was engineered by Seth Manchester, who had the following to say:

“It’s a meditation on distortion. We tried pushing the limits of each piece of gear in the studio to hear what its breaking point sounded like and then recorded it—even feeding the console back on itself during one particular live take.”

“The distortion has this ability to envelope you, and not push you away. It has this strange kind of beautiful timbre… once you give into the sheer power of it, and let it take you on a ride then it becomes this whole other kind of sonic experience.”

Thou and The Body have released a new live album titled “Everyday, Things Are Getting Worse“ via Bandcamp. The release was recorded during their collaborative set at the 2018 Roadburn Festival in Tilburg, NET and proceeds from it will go towards Electric Girls.

Full Of Hell and The Body have announced a summer European tour. Select dates will find the groups playing collaborative sets. 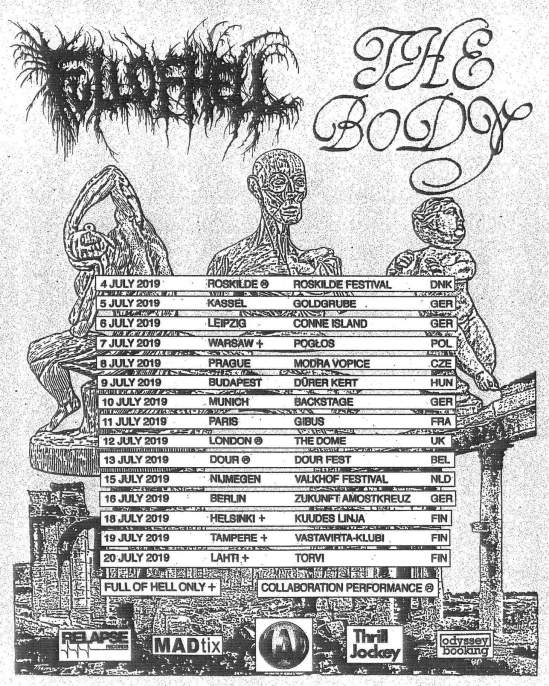 The Body and Full Of Hell have premiered a new video for their new song “Farewell, Man“. The track is from their new collaborative album “Ascending A Mountain Of Heavy Light,“ which will be released on November 17.

The Body and Full Of Hell have announced a new collaborative album called “Ascending A Mountain Of Heavy Light.” The effort will be available on November 17, and the first single “Earth Is A Cage” can be found below:

“We just felt like we had more to say. For the record, The Body are probably my favorite active band. The first collaboration was a very fun process for everyone and we didn’t feel like we had to strain ourselves to produce material. Their work is inspiring and we really connect as a group. I’m sure that for them, it was as simple as that. They want to create music with people they care about.”

“I don’t really see the collaboration stuff we do as that unusual. I guess if I ever felt like we didn’t have anything to say then I might be wary of putting out so much stuff but there’s different ways of expressing things and this gives us the opportunity to use a different means of expression. Plus, we’re really good friends with Full Of Hell, so it’s a pretty easy decision to work with them.”