Sharptooth have premiered a new video for their new song “Evolution.” This track features Anti-Flag‘s Justin Sane and it will appear on the band’s new album “Transitional Forms,” which is set to be released on July 10.

“I think the biggest problem in our country, the problem that all of our other issues stem from, is a lack of empathy. As an intensely sensitive and empathetic person, this has always felt so bizzare and foriegn to me. I wrote ‘Evolution‘ in response to the apathy I was seeing every day in the world around me.

Whether it had to do with global warming, racism, sexism, or poverty, I’ve witnessed a phenomenon that I can only call a ‘not my problem’ mentality; people being unwilling to look at their own behavior simply because something doesn’t directly affect them.

And now, in the days of COVID, and the (grossly overdue) worldwide conversations about systemic racism and police brutality, I think the message of this song is more important than ever. There are so many day-to-day things we can be doing that extend beyond us as individuals and have global impact.

I truly believe that if everyone just made a daily, concerted effort to cultivate empathy, to ‘think outside yourself’ and put in the work to listen to and understand other people’s experiences and evaluate their own personal impact, the world would be a much happier, healthier, more productive, and overall better place.”

Sharptooth have premiered a new song titled “The Gray.” This track is from the band’s new album “Transitional Forms,” which will be released on July 10.

“I’ve always seen ‘The Gray‘ as the emotional and conceptual turning point of the entire record, and arguably the most important song on it. Over the years, I’ve noticed how uncomfortable people are with nuance; whether that be in public discourse or personally. It doesn’t help that so many facets of our culture are presented in binaries: “You’re ‘woke’ or you’re ‘cancelled’. You have depression, or you don’t. You’re a man, or you’re a woman. You’re a Democrat or you’re a Republican.

But nothing in the world or in ourselves is absolute, and nothing changes when we are only acknowledging constructs as black or white and utterly immutable. True progress can only happen when we make a decision to step outside of this way of thinking, and explore nuance.

So what’s ‘The Gray’ about? It’s about the search for and discovery of a world beyond binaries, beyond textbooks, beyond diagnoses, beyond red or blue. It’s about the power we unlock when we make that discovery. It’s about neuroplasticity, and the ability of each and every one of us to change our minds, both conceptually and literally.

It’s about the ways that I have intentionally destroyed so many of these constructs in my life, so as to reshape my own existence, and rewire the very neuronal pathways inside my own brain. I hope it inspires others to find that power within themselves, because I believe that when we embrace the grey areas in life and in ourselves is where we can finally begin to cultivate real and tangible hope.”

Sharptooth have premiered a new video for their new song “Say Nothing (In The Absence Of Content).” This track is from the band’s new album “Transitional Forms,” which will be released on July 10. 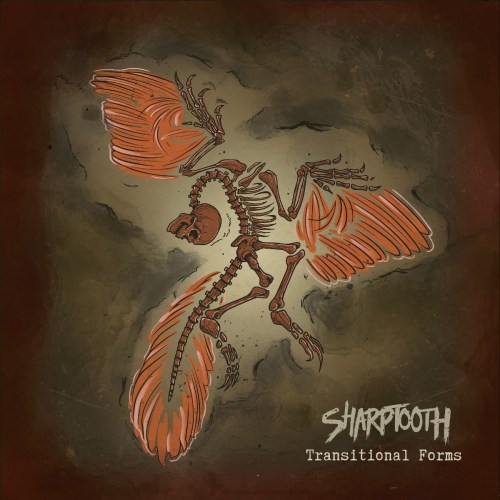 Lauren Kashan said the following about the new record:

“Sonically, if ‘Clever Girl‘ was a Velociraptor, ‘Transitional Forms‘ is a goddamn Tyrannosaurus Rex. This record is so much heavier and darker than its predecessor, and, I think, a significant maturation of our sound.”

“Ultimately, the record is about a paradigm shift, from hopelessness to self compassion, and the fundamental realisation that nothing in this world or in ourselves is ever black and white. It’s the story of my personal struggle with the societal, interpersonal, and internal constructs that have left me feeling small, afraid, broken, and utterly hopeless.

It is easily the most intensely personal collection of songs I have ever written, and I am so deeply appreciative of Lance and Keith for trusting me in that, and for creating this incredibly dark and intense sonic space for me to tell this story.”

“This album has many years of hard work put into it that is going to set it apart from our last album by light years. It has a story to tell, it has a life to live, and will share the air we breath with it. ‘Transitional Forms‘ is the perfect name for this event that I will call an album. I can’t wait until it gets unleashed.”

Sharptooth have premiered a new single titled “Mean Brain” via Revolver. You can stream that below:

“I think everyone, particularly those of us with mental illness, can relate to the experience of beating ourselves up, and getting stuck in those negative thought patterns. They’re a blend of our deepest fears in the hands of our harshest inner critic, and when left unchecked can lead to seriously painful self-loathing and a distorted view of our place in the world.

But we are not our thoughts or our feelings. They are part of our experience, but they don’t have to define us. For me, the first step to finding compassion for myself was to acknowledge those negative thought patterns for what they are; not facts, just my brain being mean to me.”

“I’m incredibly stoked to share new music; I think we’re long overdue to get to broadcast our evolution to the world. For me, the vocals on ‘Mean Brain‘ are some of my favorite that I’ve ever recorded; I loved getting to experiment with my range. It’s also a nice little ‘fuck you’ to anyone out there who thinks ‘all female vocalists sound the same’; I barely sound the same from the beginning to the end of this song. So they can kiss my perfect ass.”

Sharptooth have announced a fall headlining tour. Limbs and Wristmeetrazor will serve as support. 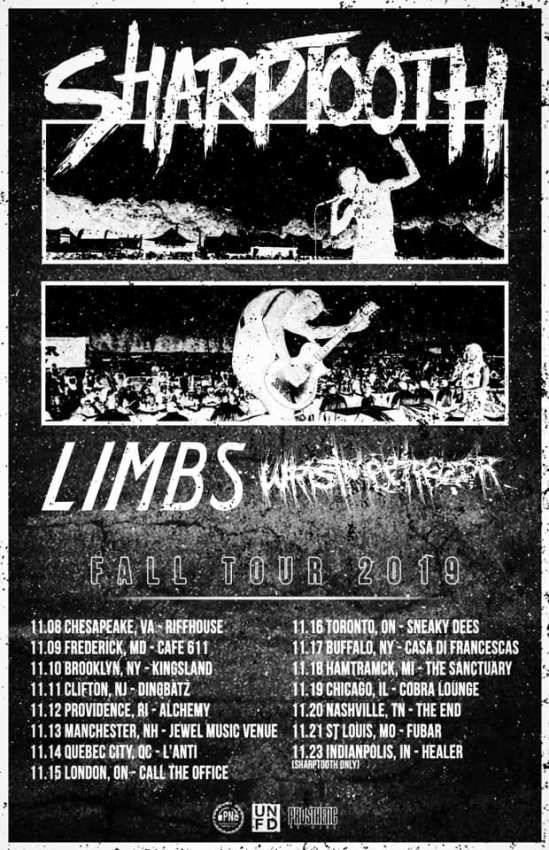 Sharptooth and Obey The Brave have announced a U.S. tour. Born A New and Downswing will open. 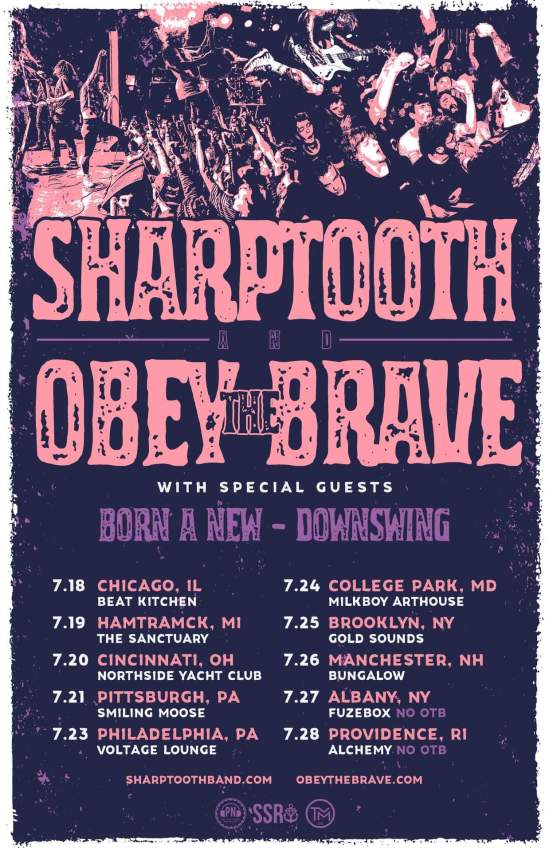 Sharptooth recently played a small show at The Gutter in Brooklyn, NY for Kerrang!. You can see pro-shot footage of that below: