Candlemass have premiered a new song titled “When Death Sighs.” This track is from the band’s new album “Sweet Evil Sun,” which will be released on November 18.

During Anvil’s October 27 show in Stockholm, Sweden, the band were joined onstage by guitarist Mats “Mappe” Björkman (Candlemass) and singer Messiah Marcolin (ex-Candlemass) for a performance of “Metal On Metal.” You can see fan-filmed footage of that below. Marcolin told Blabbermouth the following:

“It’s the first time in 16 years me and my old friend Mats Mappe Björkman from CANDLEMASS [were] together on the same stage. We are both old ANVIL fans since being teenagers. Since we are friends with ANVIL they invited us up on stage and it was great fun!”

Candlemass have premiered a new video for the title track of their new album “Sweet Evil Sun.” That effort will be released on November 18. Leif Edling commented:

“It took me only an hour or so to write, but it turned out to be not only the title track of ‘Sweet Evil Sun’, but also one of the best songs on it. Nice riff, great chorus and one heck of a guitar solo from Lars [Johansson]! Immediate, epic, heavy, catchy! It kicks ass!!”

Candlemass will be releasing a new album, titled “Sweet Evil Sun,” on November 18. Pre-orders can be found HERE. 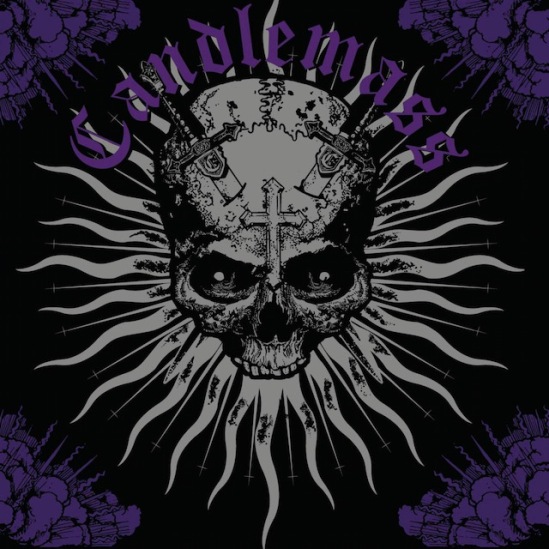 Leif Edling said the following about the new album:

“‘Sweet Evil Sun’ is about hope, striving, adoration and failure. It’s about all the personal battles that you have, but also the never-ending decay of humanity. The record took over a year to make and there’s not a bad track on it! We had a fantastic time recording it and are really looking forward to the release. It’s Doom, It’s Metal! It is the essence of Candlemass put into one album!”

A video for the effort’s first single, “Scandinavian Gods,” can be found below. Edling added the following about that track:

“‘Scandinavian Gods’ is Slayer meets Queen and Judas Priest! It’s about heritage and future and the fact that it is sometimes absolutely necessary to leave or at least doubt your old gods. It’s about the hardship in this, and the irony in the fact that you see yourself being drawn back to them over and over again, into these black circles and the forgetfulness of the past. Where do we wanna be? What shall we believe in? Do we need them to build a better future?”

Candlemass have paid tribute to the late Eric Wagner by releasing a cover of Trouble’s “The Tempter.” You can check that out below. The band commented:

“Here’s our homage to our friend and hero Eric Wagner (Trouble/The Skull) who sadly died some time ago, way too soon! This is for you Eric, R.I.P.”

Candlemass will be releasing a new live album/film titled “Green Valley Live” on May 7. The effort was recorded during the band’s July 3, 2020 livestream show and it will be available as a double gatefold vinyl and as a CD/DVD.

Candlemass have announced a special livestream concert. The band will be performing live from Studio Gröndal in Stockholm on July 3 at 8:00 p.m. CEST / 11:00 a.m. PDT / 2:00 p.m. EDT. Notably, the group intend to play new material during the virtual event. Leif Edling commented:

“I got some really cool riffs that would be great to jam away on that evening. Why not offer the fans something new nobody never heard before? Make the livestream a bit more interesting.” 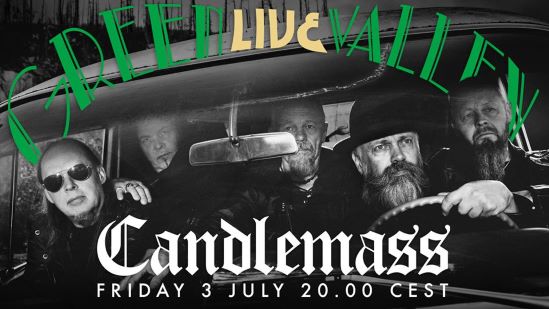 Candlemass have premiered a lyric video for “Porcelain Skull.” This track will appear on the band’s new EP, “The Pendulum,” which is set to be released on March 27. Leif Edling commented:

“I think the video really captures the schizophrenic lyrics to the ‘Porcelain Skull’ song. It is about the eternal battle with our dark selves. Avatarium did a fine version of it on their latest album but this one is rawer and harder, hits you right in the face!”

Candlemass will be releasing a new EP titled “The Pendulum” on March 27. You can check out the title track of that effort below:

“‘The Pendulum‘ is about hard riffing, epic choruses and total delusion the fanatical way. It is in fact the last thing I wrote for ‘The Door To Doom‘ album but didn’t have the time to finish it. Here it is in its grand/mad luster with a great mix by Niklas Flyckt, and produced by Marcus Jidell. It is followed by 5 unreleased demos from the DTD sessions because the whole sha-bang was at first supposed to be a double effort but got trimmed down to a single album eventually.

I love the Pendulum track, album quality if you ask me, and songs like “Porcelain Skull” and “Snakes Of Goliath” are not bad either.

They just didn’t make it to the final thing. So I hope you like this EP that features the “missing” songs. The last pieces of the puzzle of the 1 year recording that became the album “The Door To Doom“. Enjoy” 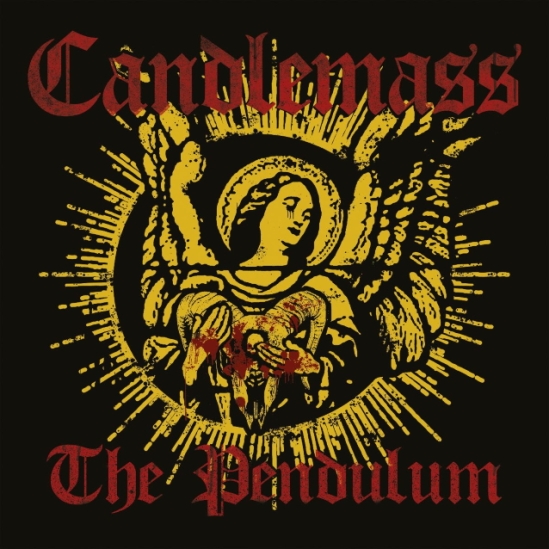