During a recent interview with Spain’s Metal Hammer magazine, Dream Theater guitarist John Petrucci revealed that the band are planning to work on new music this fall. He said the following:

“There’s a lot going on musically this year. Obviously, everybody’s trying to be creative. The DREAM THEATER schedule is different now. We would have been touring in the spring, we would have been touring now, and then we probably would have been off for the fall and winter. But now that that’s all changed, we’ll go back in the studio, because nobody wants to sit around and do nothing. We’re musicians, we’re creative people, so we’re gonna make music. So, yeah, our schedule has been sort of shifted, I guess, because of the pandemic… We’re gonna do what we do, which is make music. So we’re not gonna sit around, and we’re gonna move our schedule up and start working on new music in the fall.”

During a recent interview with Meltdown of Detroit’s WRIF, Jean-Paul Gaster confirmed that Clutch have been working on new music. He said the following:

“We’ve been writing some material. I would expect we’ll get into the studio probably sometime this winter.”

SharpTone Records have confirmed that We Came As Romans, Miss May I, and Don Broco are in the studio working on new music. The label tweeted the following:

WCAR, MMI & Broco we can confirm are in the studio 💯.

New Years Day’s Ash Costello has returned to the studio to work on new music. The singer commented:

🎙 recording in 2020 🎤 DAY 1- I have so much to say and I’ve found my voice now more than ever. Back in @exiesscott studio (masks and shields of course) the man that helped create #Unbreakable along with @mitcheymitch …. I am so ready to create more magic. 🎼 I’m not the person you think that I am 🎼 leave some 🖤🖤🖤🤍🤍🤍 if you’re ready for new music 👇🏻👇🏻👇🏻👇🏻👇🏻

It looks like Kreator are back in the studio working on new music. Mille Petrozza shared the below photo on Instagram:

Back in the studio. Have a great Monday! #kreator #thrash #metal #vegan #newmusic

Cane Hill have entered the studio to work on new music. If the below tweets are a good indicator, it appears the new material will be heavier:

Metallica’s Lars Ulrich previously revealed that the band have been working on new material remotely during the ongoing coronavirus pandemic. Now, during a recent appearance on “The Vinyl Guide,” Robert Trujillo discussed those sessions further, saying that the group are “excited about cultivating new ideas.”

“We communicate every week, which is really great, so we have our connection intact. And what we’ve started doing is basically just really concentrating on our home studios and being creative from our homes and navigating through ideas and building on new ideas. And that’s where we’re at right now. We’re excited about cultivating new ideas, to be honest. And everybody’s in a good headspace, for the most part, and that’s pretty much our focus now — let’s have fun with this. That’s part of the reason I got some updated recording gear and I’m putting ideas together and we’re checking kind of each other’s vibes out on new stuff. And that’s pretty much where we’re at. We haven’t talked about touring lately…

I’ll tell you, we just did nearly three years on the ‘Hardwired’ album, and, of course, Australia is one of my favorite places on the planet to go play, and South America as well, so we will get back down there. I’m not too worried about that — I know we will. Obviously, we’ve gotta get through this quarantine and all this stuff that’s happening with that. In the meantime, we’re creating, and I think that is really cool, ’cause sometimes it takes a while to get the band together and get four individuals who are living in different places in the same room. But it’s, like, ‘Hey, guess what? We don’t have to be in the same room right now.’ We can make music from our homes and work together and build stuff — and then we’ll get in that room together and we’ll bang the stuff out, but we’ll be 40 steps ahead.”

He went on to say that the band are “working towards” eventually entering a studio to record a new album:

“There’s no definite plan as to a release date. I mean, we’re just sort of now cultivating the terrain and getting kind of excited about it, to be honest. It’s kind of a cool thing that we’ve been able to start focusing on that, ’cause it’s new for us — we haven’t done it this way. I don’t think many people have done it this way. Everybody’s gotta kind of restructure their routines and their creative flow. And at some point, all this will transition into what it’s gonna transition into, and we’ll have live shows again. And I’m sure there’s gonna be a lot of new music coming, ’cause most musicians are writing new stuff right now, and that’s exciting to me.”

During a recent appearance on “In The Trenches With Ryan Roxie,” Halestorm’s Joe Hottinger talked a bit about the band’s new material. According to the guitarist, the music sounds like them, but it has “a different flavor.”

“Lzzy [Hale] and I have — I think we’ve got four or five new songs that we really like. We’ve written 20 or 30, or I don’t even know how many — just so many — but there’s four or five that we’re, like, ‘All right. We’re on to something here.’ And they’re exciting, ’cause they are different.

We didn’t exactly know where we were gonna go on this next record that we’re writing — we still don’t totally know, but the haze is clearing, the fog is clearing, and it’s starting to reveal itself. And it’s rock and roll music, and it’s exciting. And it’s very us and HALESTORM, but it’s a different flavor of us.

I don’t think we could do the same thing over and over again. We actually did that before the last record, ‘Vicious’. We had a record written, and it was good, but it was kind of rehashed everything. And we couldn’t it. We showed it to Nick [Raskulinecz], our producer, and he was, like, ‘This isn’t the record I wanna make with you guys.’ And we were, like, ‘Thank you. This is not really the record we wanna make either. I know our team is pumped about it, but we can’t do it.’ And we just scrapped it and started over. And [it was] totally worth it.”

It looks like Buckcherry have been writing material for their new album. Josh Todd said the following about that during an interview with Myglobalmind:

“Right now, we are writing new songs for a Buckcherry record because of the whole COVID thing. It shifted us into a completely different gear. We had a lot of different plans for this year, and it certainly wasn’t this. [Laughs] So now we are in songwriting mode and super fired up. We have a lot of great songs coming down the pipeline, so it should be out the spring of next year.” 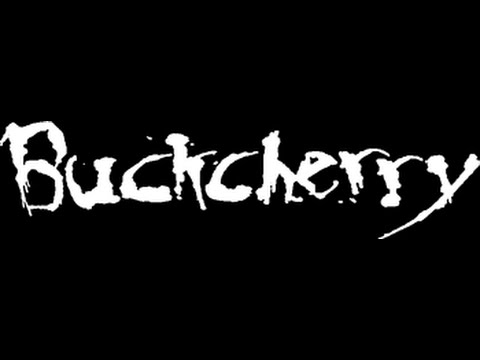 Max Cavalera has been working on new music for Soulfly during his coronavirus downtime. The frontman confirmed the news on Kazakhstan’s “Armatura” podcast.

“I’ve just been writing music. I’m writing some riffs for the next SOULFLY [album] or next thing I do… I’m very inspired right now for riffs and music. I listen to a lot of heavy stuff. So I’ve been composing new SOULFLY music, hopefully for next year. So I think next year we’ll have a new SOULFLY record.”

He also added the following when asked how the writing process has changed from when he was younger:

“The thing about music that some people don’t understand about me is that it doesn’t matter what’s happening in my life, I always write — I’m always creating. To me, it’s like breathing. So it’s necessary to create. So it doesn’t matter if the situation is more comfortable. Of course, when we were young, we were very hungry, and it was very different, because we were against the world. But I think that feeling stays with you forever. If I don’t feel like that, if I feel that I don’t have that feeling anymore, I will stop, because it will be fake, and I don’t wanna put out fake shit. But that has not happened, it is not happening, so now I’m even more inspired.

I think sometimes watching people taking to the streets and stuff like that… There is a lot to say right now. I always thought music was a good conductor of ideas… I feed on what’s around me. And music is in my blood, man. I’m still musically hungry right now. I have this urge. I know I have many records, I have a lot of really cool albums that people like, but, to me, I am still searching for the perfect record. Especially because this kind of music, I don’t have pressure from the label to write soft stuff. So I write what I like. And I don’t feel the need to change my stuff.

It’s always good to write music. I always like writing music. I wrote even when I didn’t have to. A lot of times I was writing songs and I didn’t have to write — I didn’t have to make a record. To me, it’s very natural. I’ve been doing it for — shit — 30 years, something like that, this kind of system, with a drum machine and then riffs. And then I collect all that, take it to the studio and make songs. I love the whole process.”