“‘One Foot In The Grave‘ is a song that would be the anthem for anyone who embraces the ups and downs that life throws at you, no matter how difficult. We felt a simple performance video that encompasses the raw energy of the track was the best way to get that point across.”

Living Wreckage, the band featuring Jeff Gard (Death Ray Vision), Jon Donais (Anthrax, Shadows Fall), Matt LeBreton (Downpour), Matt Bachand (Shadows Fall, Act Of Defiance), and Jon Morency (Let Us Prey), have premiered a new song titled “Breaking Point.” You can check that out below. With this news, the group have also announced a May 29 show at Geraldines in Chicopee, Massachusetts and a June 26 show at Dingbatz in Clifton, New Jersey. Gard said the following about the new song:

“It’s basically a middle finger to the powers that be and to the people that blindly follow them to whatever doom awaits. Whether it’s politics, the media, or people you know, there seems to be a recurring theme of fear and everything ‘hitting the fan.’ ‘Breaking Point’ is about how it is going to happen one way or another so screw it.”

“I have been wanting to do a band of this style for a long time. Good ol’ hard rock / metal that fits somewhere between Skid Row and Pantera. I was lucky enough to find the perfect guys for this and it’s great to be playing original music again with my Shadows Fall bandmate Matt Bachand. I can’t wait to share some music with everyone!” 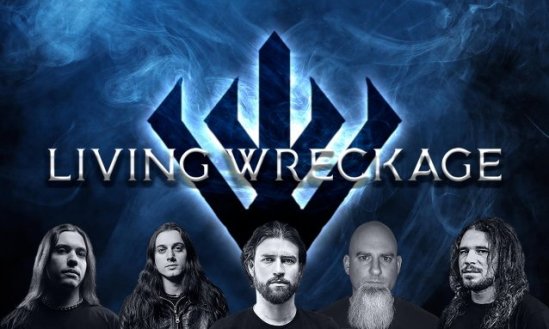