YouTuber Jared Dines has shared another tease of music from his new project with Howard Jones (Light The Torch, ex-Killswitch Engage). You can check that out below: 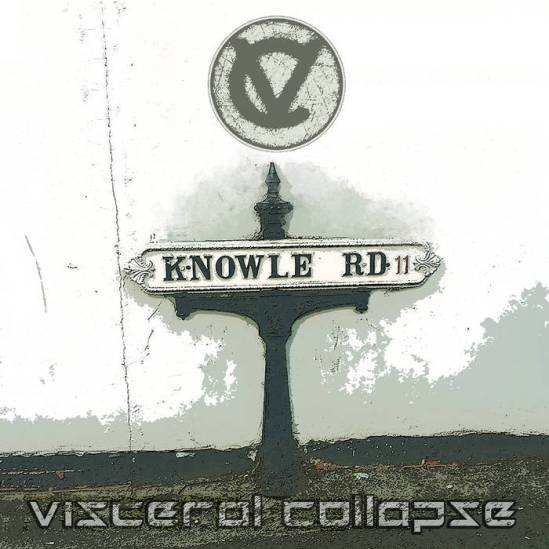 “Shane and I got to talking about records we wanted to do — I guess the older you get, the more curious you become. Records we only talked of doing but never got around to, but then COVID came and gave us two things: crisis and time on our hands. I sort of feel I have created deconstructed music in multitudes of methodology and melody might be an unexplored extreme.

So Shane wrote some songs for the next Venomous Concept album; more uptempo high-paced rock ‘n’ roll punk mixed in with a Hüsker Dü melodic ’80s hardcore punk feel. It goes this way then that way and an album forms. Anyway, you will hear more about that album next year once we roll into 2021!

The idea was for me to fly to Birmingham/Cambridge and record for my birthday back in September. I arrived three days early to work on last-minute ideas for the record we had written.

Not being capable of following a plan, we went in and immediately recorded an emotional avalanche titled Knowle Rd. This may not be for everyone. That said, this record was Johnny, Shane and myself, so in an effort to direct the ear, we are using a different acronym for this VC record: This part of our hard drive will be called Visceral Collapse, which, if you think about it, defines 2020. If in the future “Venomous Concepts” exceed perceived content, we will probably come up with another acronym… but Ook will always be VC!

So if you enjoy placing your head in an oven, I encourage you to get in your special place. and set your head to broil. Knowle Rd is the 2020 lease-breaker everyone felt this year.”

Tyler Carter (ex-Issues) and Chris Linck (Attila) have announced a new project called Emerald Royce. The band’s first single is expected to debut on New Year’s Day. This news comes after Carter issued a statement in September after being kicked out of Issues due to allegations of sexual misconduct, sexual assault and grooming.

Matt Cameron (Soundgarden, Pearl Jam) and Taylor Hawkins (Foo Fighters) have launched a new project called Nighttime Boogie Association. The duo have released a deluxe single featuring two tracks titled “Long In The Tooth” and “The Path We’re On.“ A press release offered some more information on those songs:

“‘Long In The Tooth‘ was written by Taylor Hawkins (lyrics) and Matt Cameron (music) and features Cameron on guitar, bass, and drum machine and Hawkins on lead vocal, drum fills, percussion, and keyboards. Matt Cameron wrote the music and lyrics for ‘The Path We’re On‘ and also plays drums, guitar and vocals. Taylor Hawkins performs the drum intro, as well as lead vocals and keyboards. The song also features Buzz Osborne on guitar and Steven McDonald on bass and from ‘fuzz-rock overlords,’ The Melvins.”

Adrian Smith (Iron Maiden) and Richie Kotzen (The Winery Dogs) have launched a new project called Smith/Kotzen. You can check out their debut single “Taking My Chances” below:

“Music from Antiqva has been a long time coming, but like most good things it required patience and maturing. For obvious reasons this year, our individual main projects were delayed and/or unable to tour so we seized the opportunity to focus largely on developing our sound more, and finally through pandemic and isolation, recorded across 5 countries, we now emerge with our debut track, ‘Funeral Crown’.

In short the song discusses the abuse of power, something we’ve all been exposed to, subjected to or even been a part of, and it paints a picture of the potential consequences. The interest we’ve garnered so far has been overwhelming considering we’re ultimately a brand new band, but we hope this will whet your appetite for what is to come. Thank you to those who’ve followed and supported our journey so far.”

During an appearance on Knotfest.com‘s “The Electric Theater With Clown,” Arch Enemy’s Alissa White-Gluz talked a bit about her upcoming solo project. The singer says the endeavor will give her “an outlet to do basically any type of vocal acrobatics” that she wants to do.

“With ARCH ENEMY, I basically do screams — I’m growling; that’s the type of vocals that I do. But I actually do clean vocals a lot too, and not that many people know that. I’ve done a lot of guest appearances with other bands and other artists where I use that clean voice, but I don’t really use it that much in ARCH ENEMY. So the solo thing is kind of just giving me an outlet to do basically any type of vocal acrobatics that I wanna do, whether it be blues-style singing, which I have a guest thing coming out soon like that, which is pretty cool. Rock singing, power metal singing, opera singing… Basically, the idea is that it’s a way for me to kind of get my musical rocks off in any way that I want, and it’s separate from ARCH ENEMY. So I don’t have to go in and dilute ARCH ENEMY or change what that’s about it, ’cause that wouldn’t be right either. It’s basically something that I kind of just had as this ongoing project that I’ve been working on any time I had time off from ARCH ENEMY touring, which was basically no time until this year. So I’ve been working a lot on it this year and recording it at a home studio that I built. And, yeah, so far I really like it, and I’m looking forward to finishing it up.”

As previously reported, former Ill Niño members Cristian Machado, Ahrue “Luster” Ilustre, and Diego Verduzco have reunited in a new project. Now, Machado has confirmed that they have finished recording their debut album.

“There’s an entire album done. The album is completely done — 100 percent done. 12 songs finished. They’re not mixed or mastered. We have rough mixes.

As far as me focusing as just a vocalist and not having to be involved mentally in some kind of other way with the instrumentation, as far as me thinking as a vocalist, it’s definitely the best work I’ve ever done. And I have to thank Ahrue and Diego — Diego, who really began this whole thing by writing some songs, putting them together, getting a producer, starting to move the ball. He was, basically, like, ‘I’m gonna start working. I’m gonna start writing songs. I’m gonna start doing this and see where it goes. No pressure. Let’s just make sure we’re all having fun.'”

He continued when asked if the material has a “Latin metal” sound like Ill Niño:

“No, because we’re not tied to that. We wouldn’t wanna do that. It would be dumb to do that, I think. Now, will there be other things that I do that are more like Latin metal? Yeah, there are things, but not with this other thing we’re doing, which is really focused on writing an album where every single song could sound like it was a hit or a single — in a metallic way, obviously.”

He also added the following when asked about release plans:

“We’re probably gonna try to seek some label interest. And, like I said, the songs are really phenomenal, so I think it’s not gonna be hard to do that. But we would like to seek somebody that gets it and that knows how to grow it, how to bring it to the next level. We don’t wanna do things on the level we were at, which, for many years, was a level of struggle, to be honest with the whole world. There was no grace and glamor at the level we were at. The thing that really was the rewarding thing was the fans, the shows. That’s what was the most rewarding.”

During lockdown I wrote some songs. The only other person in the apartment was @yeayeagogo so I handed her a mic, threw her in the bathtub and told her to go for it. She yelled a lot, got a headache and absolutely killed it. A true natural. Then @georgeschmitz smashed the fuck out of the drums and @chrisxrawson somehow made everything not sound like it was recorded on a laptop in my bathroom. Now we got a limited amount of tapes and shirts up for sale. All profits will go to stocking @lacommunityfridges to help feed people in need around LA. Link in bio. Sorry Fern.