During a recent interview with The Metal Voice, Metal Blade Records founder and CEO Brian Slagel revealed that King Diamond’s new album won’t be released before 2023. Despite this, he also mentioned that a new Mercyful Fate album may arrive “sometime soon-ish.”

“I had a really good conversation with [King Diamond] the other day, and he’s working on both KING DIAMOND and MERCYFUL FATE. I might have heard a demo or two that sounded really, really good.

I don’t know when either of these records are gonna come out, ’cause King likes to do things at his own speed. It’s, like, ‘Hey, whatever works for you is totally fine with me.’ But I was very happy with what I’ve heard so far. So hopefully everybody will be pretty happy.

MERCYFUL FATE is doing a bunch of festivals this summer — knock on wood — as long as they don’t get canceled. And then they’re also playing Psycho [Las Vegas] fest in Las Vegas, which I think will definitely be the only U.S. date. There’s a possibility there could be a Canadian date somewhere along the line here too. But we’ll see.

But there will be a new KING DIAMOND record, I’m hoping, in 2023. And there will also be a new MERCYFUL FATE record sometime soon-ish.”

King Diamond has shared a new update on his upcoming album “The Institute.” The frontman said the following:

“In my lair working on lyrics for the new album. The words may be blurred for now but in due time the madness will unfold, you have been warned.. Stay Heavy.. King Diamond”

During a recent appearance on SiriusXM’s “Trunk Nation With Eddie Trunk,” King Diamond offered updates on the new albums from his eponymous band and Mercyful Fate. According to him, both records will be ready in 2022.

“Writing-wise, we are far with both albums. Andy [La Rocque, KING DIAMOND guitarist] is doing a second run-through with his songs, the way he has been correcting a lot of things. Hank [Shermann, MERCYFUL FATE guitarist] has done the same thing, and I’m waiting for those songs to come back. The story is written, even for both KING DIAMOND albums, ’cause [the new KING DIAMOND album] ‘The Institute’ will be a two-album story. And that story is finished completely. I have a lot of vocal ideas for what they have sent me. I am writing my own [songs musically] too.”

“60 percent of the KING DIAMOND [material], at least, will be mine — my songs — and all lyrics, naturally. MERCYFUL FATE also, I will be writing more in the direction of ‘Don’t Break The Oath’. Hank will be writing more music than me, but I will certainly write my share too. Back then, on ‘Don’t Break The Oath’, I wrote ‘Gypsy’ and ‘The Oath’ and ‘Come To The Sabbath’ and then this little piece together with Michael Denner, ‘To One Far Away’. So, it’ll be more like that — maybe Hank will have six songs and me four — but we’ll see how it turns out in the end. We’ll probably have too many songs.”

He also added the following about release plans:

“The KING DIAMOND is next year for sure. MERCYFUL FATE will be ready to be released next year — a hundred percent sure too — but it will have to wait until KING DIAMOND is done, if you know what I mean. In the meantime, we’ll be getting the writing done.”

King Diamond has joined forces with Z2 Comics to create a new graphic novel based on “Abigail.” The comic will be available in October and pre-orders can be found HERE.

More details on the graphic novel were shared in a press release:

“Z2 Comics, the leading publisher of music-inspired graphic novels, reveals this fall’s jewel in the crown of the “king” of heavy metal himself: the first-ever comic written by the one and only KING DIAMOND. White Noise Studios scribe Dan Watters and October Faction artist Damien Worm team with The King himself for a chilling new version of the story of Miriam Natias and Jonathan LaFey and an inheritance far more terrifying than even the haunted mansion in which it’s discovered.

To celebrate this unprecedented pairing, Z2 Comics will offer an exclusive brand new Abigail graphic novel picture disc edition of this incredible album, featuring the front cover of the graphic novel, and on the back side, you will find both the original Abigail cover and an alternate cover painting by artist Torbjörn Jörgensen, available only with the deluxe and super deluxe graphic novel package, exclusively through the Z2 website, and available for pre-order now.

“A graphic novel based on one of my stories is a dream come true for me. Working with a company like Z2 and the writer Dan Watters, and the graphic artist Damien Worm, is making this project the highest class one could wish for. Not just our own fans, but any fan of the horror genre, will enjoy the darkness and creepiness of this project. I simply can’t wait to personally be able to present this to you once we get closer to Halloween. Abigail has risen again.”

The haunting saga of King Diamond‘s Abigail brought to stunning and horrific life by Dan Watters, Damien Worm, and King Diamond himself! Adapting the storyline of one of heavy metal’s most celebrated concept albums, this new graphic novel will reward both longtime fans and horror hounds alike with a story made even more chilling in comic book form!

Publisher Josh Frankel says, “King Diamond is as his name would imply, heavy metal royalty, and we are all his servants. I couldn’t be more honored to reward fans of comics and heavy music with what will most likely be one of the highlights of the year, and a high watermark for Z2‘s direct artist collaborations overall.”

With 12 albums released as King Diamond, millions of albums sold worldwide, with over 175,000 of 1987’s Abigail in the US alone. The second album under the King Diamond banner, Abigail, is an undisputed classic and considered his true breakout release, setting the stage for over three decades of devoted fandom. With the new album announced, 2022 will truly mark “the return of the king.”

King Diamond‘s Abigail graphic novel will be released in standard softcover and hardcover editions in comic shops and bookstores alike just in time for Halloween in October 2021, with special deluxe and super deluxe editions available for pre-order now only through the Z2 website, which include a special exclusive one-time variant cover vinyl edition in a strictly limited edition of 3,000 copies!

A very unique and sinister piece of dark art will be made available for pre-order, as a companion to the graphic novel on King Diamond‘s personal request. Details will be available on the Z2 website” 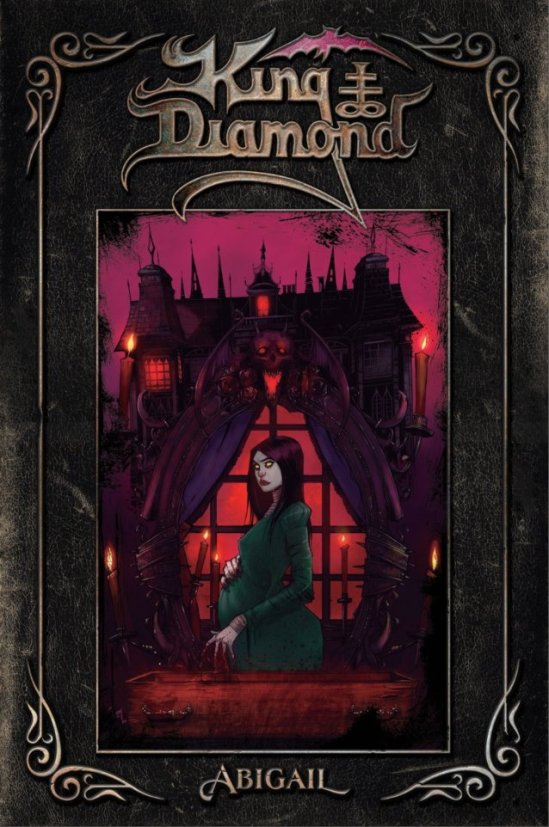 During an appearance on “The Electric Theater With Clown,” the show hosted by Slipknot’s M. Shawn “Clown” Crahan, King Diamond offered an update on the new music that he has been working on. The material will eventually surface in the form of new albums from both King Diamond and Mercyful Fate.

“I’m writing with Hank [Shermann, guitar] from MERCYFUL FATE and writing with Andy [LaRocque, guitar] for KING DIAMOND and writing on my own for KING DIAMOND. For KING DIAMOND, it’s an album that’s gonna be called ‘The Institute’, which is part one of two — there’ll be two full albums that will be completing a full story. And as the title [suggests], there’s gonna be some crazy weird stuff. And for MERCY, I also have the title, but I’m not giving it out to anybody at the moment. We have the front cover for the new MERCY too. It’s very correct, very right for MERCYFUL FATE. It’s very back to basics.”

“For my part, with both MERCY and KING albums — even more KING DIAMOND, I would say — all vocals are gonna be lead vocals again, like they were in the old days. It didn’t matter if there was a choir singing on the right side or the left side, or whatever, they would still go and pick up parts of the lyrics to progress the story and so on. So it’s gonna be anything goes with the vocals, for sure — back to the old style. And for MERCY too, it’s gonna be very old-fashioned — Hank is writing very much like the old days. And it’s nice to feel that we can capture that again. So that’s two albums that are being worked on that will be done by the time we can go out and tour again, I’m sure.”

In other news, Diamond also revealed that an “Abigail” graphic novel is currently in the works:

“[We are working with] a really good company. I have high, high hopes for how that’s gonna turn out.”

Drummer Mikkey Dee and bassist Hal Patino have both expressed interest in a reunion with King Diamond. Both musicians said they would be open to the idea, but also added that it would be up to the band’s frontman and namesake to decide whether or not it would ever happen.

Dee said the following during an appearance on “The Cassius Morris Show”:

“Unfortunately Timi Hansen is dead, but you could have Andy [LaRocque], Michael Denner, you could have Hal Patino, Pete Blakk, myself, just for a tour, and only play the stuff that we did — from ‘Fatal Portrait’ to ‘Cospiracy’. That could have been a really fun and successful tour.”

However, he went on to say that it’s “totally up to” King Diamond, “because he [also] does MERCYFUL FATE”:

“I don’t see why not. If I’m off [and not doing anything] with SCORPIONS, then I could easily have done that. That would have been so much fun, I think, because we were a great bunch of guys. And I still talk to Andy and Pete and Hal and King as well.”

Patino has since reacted to Dee’s comments with the following:

“I think it would be fun to do a ‘Them’ reunion tour. Just one tour for the fans! We are all still here and I think it would be really cool getting back together after all these years. I still talk to Mikkey Dee and Pete Blakk, and I talked to King not long ago.

We were a great band back then and we had a very powerful and unique sound. We all sound just as good today, if not better and it would cool for all the old and new fans to hear, see and feel it for one last time.

I recently talked to Mikkey and Pete about it. But it’s all up to King.”

Super7 will be releasing a new Mercyful Fate-era King Diamond ReAction figure on January 13. This news comes after the company previously released a deluxe figure of the singer.

King Diamond has launched an official Instagram filter featuring his face paint. You can try that out HERE.

Just in time for Halloween I bring you the King Diamond face filter, click here to try it: https://t.co/ZOAtd1O7Ya | Stay Heavy… pic.twitter.com/dwfMZSCBJs

Zee Productions will be releasing a new 500-piece jigsaw puzzle based on the artwork for King Diamond’s “Abigail” on October 9. Pre-orders can be found HERE. 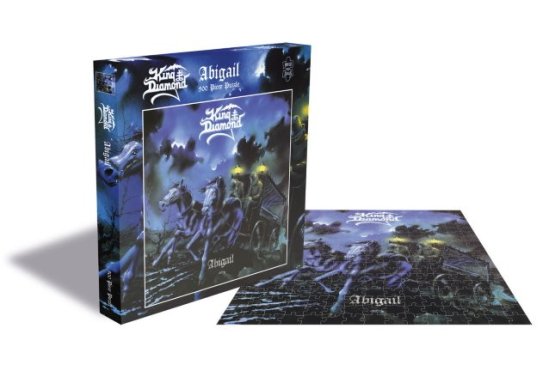 An Etsy shop called CorpsePaintSoaps are selling a line of various soaps featuring corpse paint. The products, which are inspired by Mayhem, Abbath, King Diamond, Cradle Of Filth, Ghost, and more, can be found HERE. 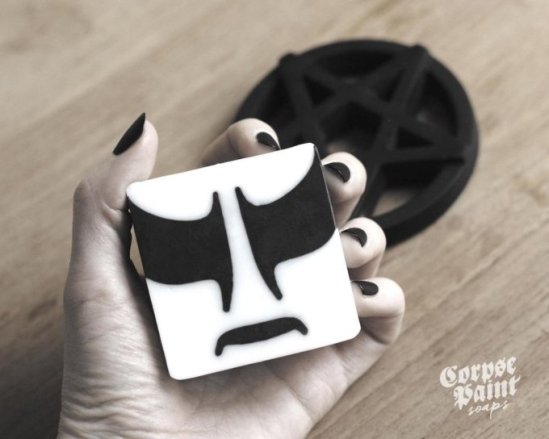 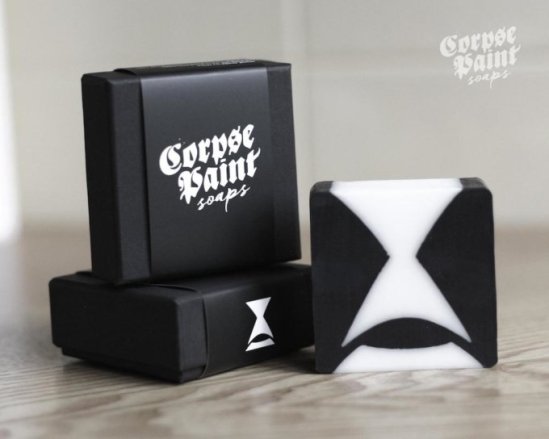 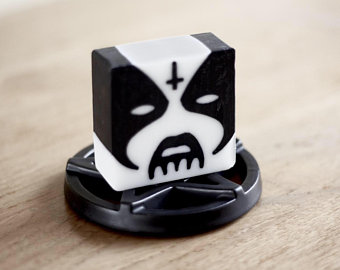 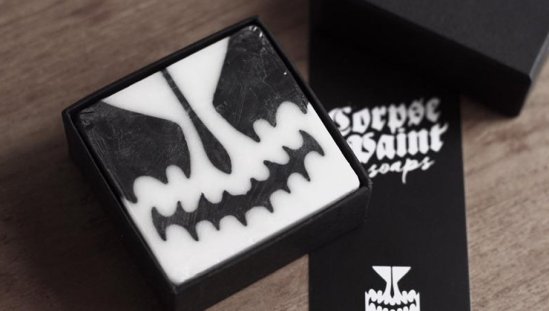 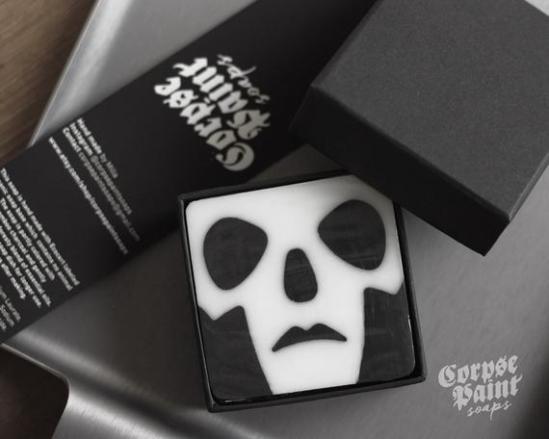