The Absence have parted ways with Mike Leon. The bassist issued the following statement:

“My departure from The Absence is anything but amicable. To be perfectly honest I’m probably better off not wasting my time on a sinking ship. I’ve invested countless hours, money, and time away from my loved ones trying to work towards what I thought was a common goal with The Absence, but as it turns out I was wrong to think anyone in that band was on the same page. I’m going to continue to focus on my work with Soulfly, Cavalera Conspiracy, streaming on Twitch, and other upcoming music projects.” 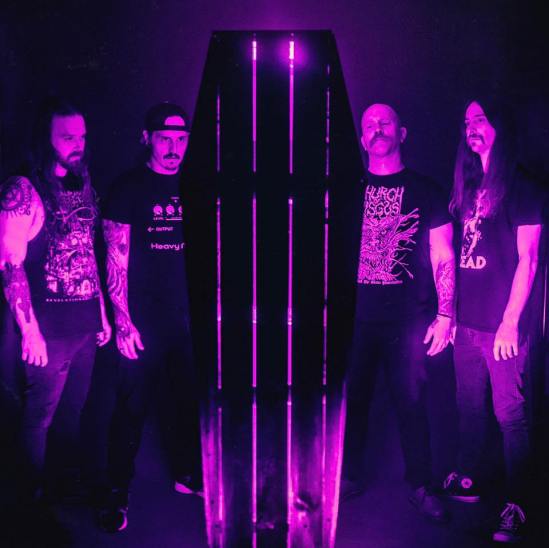 The Absence have premiered a new video for their song “Faith In Uncreation.” This track is from the band’s latest album “Coffinized.“ Drummer Jeramie Kling commented:

“From the moment I heard this song, I was hooked. It became one of my favorites on the record. It was a pleasure to work Anthony at Zenbeast. He captured exactly the vibe and visuals we were going for. I hope everyone enjoys this video as much as we do.”

The Absence have premiered a lyric video for their new song “This Consuming Nocturne.” This track is from the band’s new album “Coffinized,“ which will be released on June 25. Vocalist Jamie Stewart commented:

“With the lyric video for This Consuming Nocturne we went for a silent film visual, coupled with the song’s gloomy, yet triumphant atmosphere. The track itself, also serves in part as a sequel to the song Walking Shadows, released in 2019. Where Walking Shadows speaks of a dark, self-reflective realization, This Consuming Nocturne is about searching through the darkness itself, facing the lonely registers of night. It’s about finding your answers, waiting under the drape of twilight.”

The Absence have premiered a new video for their new song “Black Providence.” This track is from the band’s new album “Coffinized,“ which will be released on June 25. Vocalist Jamie Stewart commented:

“We have never been ones to shy away from a slower tempo and on ‘Black Providence‘, the sheer density becomes whole within the monolithic cadence. Sometimes we find ourselves afraid to face the pain of reality. The only way to achieve solace is to push through it; to make the tough decisions; to not take the easy way out.”

The Absence have premiered a new video for the title track of their new album “Coffinized.“ That effort will be released on June 25. Jamie Stewart commented:

“We have all been ‘Coffinized‘ at one point or another – trapped in a distant, funerary bubble, obscured under a dark, brooding outlook. As one lingers for a collective exhale, it calls out – a seeping, miserable existence disguised. Such horrors hidden by means of mental escape. But being engulfed by your own disgust and inability can be suffocating: it collapses in, embalming into your being. You become a living casket for all of your own bitter frustrations – nailed in and buried alive.”

Time for the next edition of Metal Anarchy’s “Music In The Age Of COVID-19” series, the feature where I discuss the ongoing pandemic with various musicians. This time I have an interview with Taylor Nordberg (Inhuman Condition, The Absence, Goregäng, etc.)

METAL ANARCHY: How have you been holding up during the coronavirus pandemic?

NORDBERG: I’ve been doing alright. I’ve been pretty healthy this last year, and I’ve probably been the busiest I have ever been, so I suppose that’s good too!

METAL ANARCHY: Have you been using your downtime to work on new music?

NORDBERG: Definitely! At the start of the pandemic, Jeramie [Kling] and I did a project where we wrote a song, recorded it, mixed it, and released it all in one day. Then we did that for 12 different metal sub-genres and had it released on Blood Blast Distribution. We collaborated with a ton of friends in different bands around the world, and it was just a fun, intense, “let’s see who’s crazy motivated!”, kind of experience. From that, we formed a punk band called FORE with our buddy Brian “The Canadian Glenn Hughes” Stephenson, and Spiesi (former Kreator bassist) and we play 80s/90s style punk, like Bad Religion, Pennywise, The Offspring, NOFX, etc. We also finished up the new album for The Absence, new music from Goregäng, Jeramie played on the new Ex-Deo album, we obviously finished up this Inhuman Condition album, and 5 additional songs. It’s been crazy busy!

METAL ANARCHY: What was the last show you played or attended before the shutdown?

NORDBERG: We just played our first show this last weekend, actually! We played a crazy club gig with Deicide here in Florida. Before that, Jeramie and I’s last show was playing with Massacre in Peru last February, and Terry [Butler]’s last show was in March with Obituary on the Black Label Society tour.

METAL ANARCHY: Are you planning to play any livestream concerts during this time?

NORDBERG: We haven’t really considered it much, but it could happen. Terry has done a bunch of great livestream shows with Obituary over the last 6 months, but we have been so busy planning the album’s release we haven’t planned any livestreams yet.

METAL ANARCHY: Do you think the live entertainment industry will ever recover?

NORDBERG: I strongly believe it will. It won’t be the same as it used to be, maybe, but music is such an important industry in the world, it’s crazy that it isn’t deemed “essential”. People want music. People want LIVE music. It’s such a positive release for people and I think it’s going to come back in some way, because I know the musicians want it too.

METAL ANARCHY: Lastly, is there anything fans can do to help your band or others that may be struggling during this time?

NORDBERG: Support the bands you love! Now, more than ever, bands need help from their fans. Most bands make their money on tour selling merch, and we have all been out of work for over a year. Many band members support their families from touring so any shirt, CD, or sticker counts. We have shirts, socks, sweatshirts, and hats at www.king-dark.com/collections/inhuman-condition and you can preorder our album on our Bandcamp at inhumancondition.bandcamp.com.

The Absence have premiered a new video for their new song “Choirs Of Sickness.” This track is from the band’s new album “Coffinized,“ which will be released on June 25.

“Today’s the day! We all wait for this from the moment the riff is written, and it’s exhilarating to get this juicy jam out to you! We all busted our butts off on this record, and ‘Choirs Of Sickness‘ encompasses so much of this album’s dark tones, and bold new melodic boundaries. Dig it!”

“Every single song bears a torch of deprivation, darkness and triumph. In the end, we do actually win. One second, you feel creative and accomplished, validated and whole. The next, you seem empty and worthless, and feel the claustrophobia of being forced into an unwilling casket. ‘Coffinized‘ collects in detail the hysterical scratches and screams found on the inside of this casket’s lid – the kind of gashes made by four beings who are very much alive and giving their all to be heard from a forced burial.”

The Absence have revealed that they are planning to release a new album in early 2021. Mike Leon commented:

“This record has a lot of my favorite music that the band has ever created, and it has pushed the boundaries of what I thought was possible for us beyond my wildest dreams. The fact that the gentlemen at Fascination Street Studios in Sweden have lent their masterful ears and knobs for the mixing and mastering process just furthers the excitement! It is my firm belief that this is truly The Absence in its strongest, most exciting form, and we can’t wait to share this monster that we’ve created!” 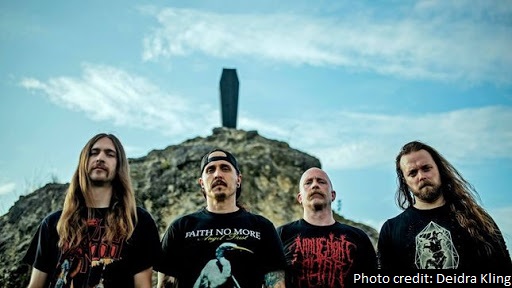 The Absence have officially finished the recording process for their new album. The band confirmed the news in the below post:

*NEW MUSIC/ARTWORK IS ON IT’S WAY* Tracking for Album Number Five has been completed!!! We are currently into the mixing phases with some incredibly talented people – we will be sharing that info very soon! In the mean time, we present to you courtesy of the amazing Chad Wehrle, a massively updated version of our beloved Skullerfly logo, aka David Lee Moth. Chad truly exceeded all of our expectations, and we couldn’t be more thrilled to work with him!! So for now, enjoy this sneak peak and please feel free to share this video with your fellow humans around the world. STAY SAFE, STAY TUNED, STAY METAL!!!! Please check out more of Chad's work in the links below: www.cwehrle.com www.society6.com/cwehrle www.etsy.com/shop/chadwehrle

The Absence are streaming their cover of Bad Religion’s “Do What You Want” via Decibel. The track is available on a limited edition cassette that the band are selling on their tour with Deicide, Origin, and Jungle Rot. That release also features the band’s new song “Walking Shadows” and a live version of “Septic Testament.” Jeramie Kling had the following to say about the cover:

“‘Do What You Want‘ is named accordingly. Fuck norms, fuck stigmas, fuck walls, do what you want. Makes sense to us, bang your head! Special thanks for our friend Stanley Soares for mixing this bastard!”