Pestilence have premiered a new video for their new song “Sempiternvs.” This track is from the band’s new album “Exitivm,” which will be released on June 25.

Pestilence have premiered a new video for their new song “Deificvs.” This track is from the band’s new album “Exitivm,” which will be released on June 25.

Pestilence have premiered a new video for their new song “Morbvs Propagationem.” This track is from the band’s new album “Exitivm,” which will be released on June 25.

Pestilence have announced that their new album “Exitivm” will be released on June 25. The cover art and track listing for that effort can be found below: 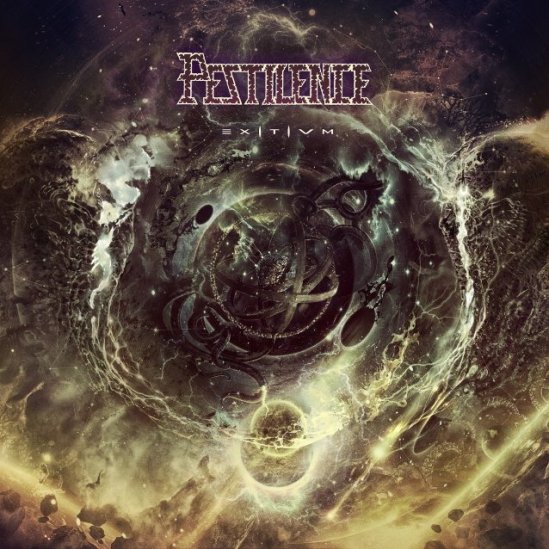 Possessed, Pestilence, and The Black Moriah have postponed their spring North American tour due to the coronavirus pandemic. Possessed commented:

“It’s with a heavy black heart that we are forced to postpone The Revelations of the Ancients tour. Please know this is not a decision we made lightly & the shows will be rescheduled, with all three bands, at the proper time. We appreciate everyone’s support and understanding and hope to see you on the road soon!” 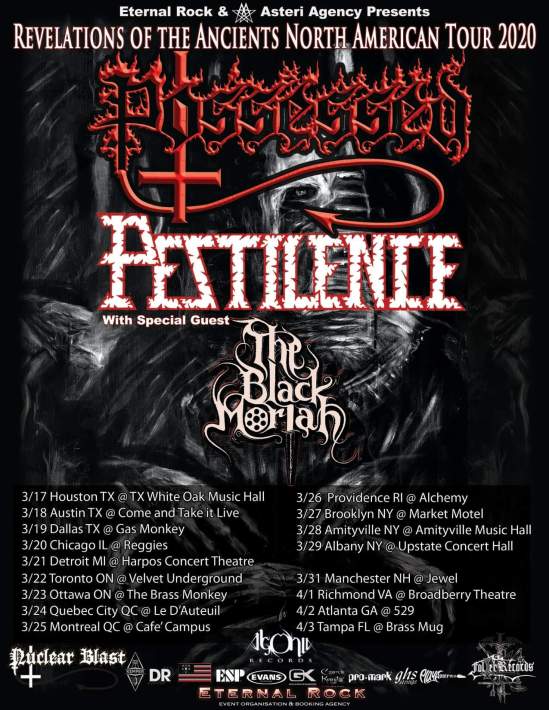 Possessed, Pestilence, and The Black Moriah have officially announced their spring North American tour. You can find the dates for that run below.

Possessed, Pestilence, and The Black Moriah are planning a spring North American tour. Dates are expected to be revealed soon. 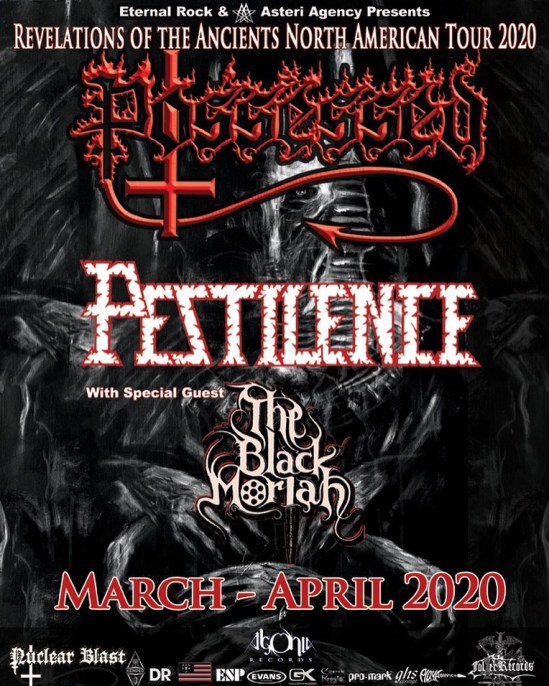 Pestilence have signed a new deal with Agonia Records via their imprint Hadeon Records. With this news, the band have also confirmed that they are working on a new album titled “Exitivm.” Guitarist Patrick Mameli commented:

“Pestilence and Hadeon Records are very excited to be joining forces with Agonia Records in an exclusive, worldwide agreement to explore new pathways in writing history together.”

Bassist Tilen Hudraphas has announced that he will be leaving Pestilence at the end of the year. Edward Negrea (Necrovile) has been recruited to take his place.

“Thanks to all our fans all over the world for mega support this year! It’s appreciated more than you can imagine! It was an insane year, a crazy ride indeed with my life-long brothers Patrick, Calin and Septimiu, filled with good vibes and energy.

I’m extremely proud to be a part of this historic legacy of death metal that is PESTILENCE and playing alongside my bro and one of the biggest innovators in extreme metal genres ever, Patrick Mameli! I will cherish these times forever!

Sometimes life gives us opportunities that we can’t say ‘no’ to and 2019 is going to be so busy for me in my other musical journeys that I had to make the most difficult decision ever: to leave PESTILENCE, because the band has a mega hectic schedule for 2019 planned as well. All the experiences we had together will stay with me forever and I wish my brothers in PESTILENCE absolute success in the future!”

“I’m active in the music industry since 2009. My main instrument when I started, was the piano. During these piano years, I learned both the electric and bass guitar. Playing the piano helped me alot to get a deeper understanding about music and music theory in general.

Since 2014 I’ve been playing with several bands like Marchosias, PaddingMoth and the most important one: Necrovile.

I’ve been playing across Europe as a bass player alongside bands like Nile, Suffocation, Cancer, Napalm Death, Carcass, Kreator, Severe Torture, Wormed, Opeth, Annihilator and the list goes on and on. I am very excited to be given this opportunity to show my bass skills to the metal world, and I hope the fans will accept me as PESTILENCE’s new bassplayer”.

Pestilence were previously planning to release their new album “Hadeon” on March 9, but have decided to release it early. You can get it in digital outlets now and stream it in full below. Physical pre-orders are expected to ship next week.