Jamey Jasta (Hatebreed) has acquired the rights to the Milwaukee Metalfest. The frontman is currently planning to relaunch the event next year. 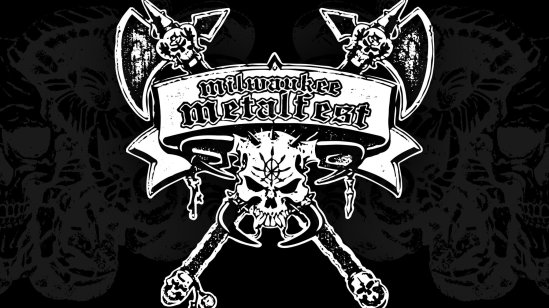 “I am so grateful and thrilled that [founder] Jack Koshick has passed the Milwaukee Metalfest torch off to me. He is a visionary and we will carry on the MMF legacy for years to come. So many of us have great memories from ‘Milwaukee Metalfest‘, and the time is right for it to return.”

“On a recent podcast I did with the late [The Black Dahlia Murder singer] Trevor Strnad (RIP), I fantasized about bringing the fest back and even wanted Trevor to curate it with me. In light of his death, I feel the need to see it through and relaunch the festival in 2023.”

“‘Milwaukee Metal Fest‘ has been a labor of love for me. I started working on it when I was 29; I am now 66. I want to thank all those living and dead for making this dream come true. Most of all, I want to thank the bands, fans, and crews that made this happen. The time has come to move on. I feel Jamey Jasta and his partners will do a fine job representing the brand. Until we meet again, I love you all.”

Anthrax guitarist Scott Ian will be guesting on Hatebreed frontman Jamey Jasta‘s new album “…And Jasta For All.“ You can find a clip of him in the studio below. Previously confirmed guests include: Testament frontman Chuck Billy, Exodus frontman Steve “Zetro” Souza, Viol-lence guitarist Phil Demmel and Nuclear Assault bassist Dan Lilker.

Hatebreed’s Jamey Jasta has taken to social media to discuss COVID-19 restrictions as the band are preparing to wrap up their “Metal Tour Of The Year” with Megadeth, Lamb Of God, and Trivium. The frontman claims the trek didn’t result in many cases of the disease, while adding that he believes it’s time for people to move on with their lives.

Jasta said the following in a since deleted tweet:

As MetalSucks pointed out, Jasta also shared a video that falsely claimed that politicians are only wearing masks for pictures, even though the clip shows them putting their masks back on after posing for a photo. He also recently complained about masks in schools:

“Politicians only wear masks on TV (never when they’re at parties or on their yachts or at clubs in the Hamptons) but they want to make your kids do this. To save who? And at what cost? This shit is so fucked up”

Following the postponement of the Canadian dates on the “Metal Tour Of The Year,” he also seemingly shared inaccurate information regarding capacity limits in Quebec, claiming that only 50 people can attend public events like concerts, even though that number appears to be much higher. However, as MetalSucks mentioned, Jasta, Megadeth’s Dave Mustaine, and Lamb Of God’s Willie Adler are reportedly unvaccinated, which could offer another explanation for the postponements. This news isn’t too surprising considering Mustaine recently referred to COVID-19 safety protocols as “tyranny.”

Hatebreed frontman Jamey Jasta‘s “Deadly Business” has officially been chosen as the entry theme for AEW wrestler Frankie Kazarian. You can see footage of Kazarian’s first match with the new theme at the 37:12 mark in the below YouTube video.

thanks so much brother!!

Hatebreed’s Jamey Jasta has revealed that Chuck Billy (Testament) and Phil Demmel (Vio-lence, ex-Machine Head) will be guesting on his new Jasta album “…And Jasta For All.“ That effort is currently in the pre-production phase.

No new podcast today! I gotta finish the AND JASTA FOR ALL album pre-production. Help fund the album at https://t.co/ti5QNg6OKE or join https://t.co/Jnnl8BXtHv I will be previewing the guest spots from Chuck Billy & Phil Demmel. This album is gonna SLAY!! #AndJastaForAll pic.twitter.com/FXrrwlDHd3

Hatebreed’s Jamey Jasta has announced that he will be releasing his own brand of pasta called “Jasta Pasta.” The following was said about the frontman’s “Perseverance Penne” on martyrstore.net:

“In a food product as simple as pasta, using excellent flour is critical. Jasta Pasta flour is sourced from North Dakota, where some of the highest-quality Durum Semolina wheat is grown. The other ingredients we use are sourced locally, with an emphasis on small-batch productions. With respect to the artisan way, Jasta Pasta does not use mass ingredients for any of our gourmet pasta products.”

🤘🏻😂🤘🏻 We’ve officially begun production on #JastaPasta and this batch came out AMAZING! We will start taking pre-orders at Martyrstore.net next week!! LINK IN BIO! My Perseverance Penne is the bomb and this is the first of many great pastas to come! Randy’s Rigatoni @drandallblythe ?! Miret’s Macaroni @rogermiret ? How about some Suicidal Spaghetti ?! @suicidaltendencies 😂 Move over Barilla there’s a haaaarrrrrd chef coming through!!! You want some Fafara Farfalle ?! @dezfafara let’s gooooo!! What about some @georgecorpsegrinder capellini or some Zetro Ziti @zetrodus ?! 🔥🔥🔥 Leave a comment and lemme know!

Jamey Jasta (Hatebreed) says he wants to team up with Dee Snider (Twisted Sister), Sebastian Bach (ex-Skid Row), Robb Flynn (Machine Head), and Kirk Windstein (Crowbar) to record new vocals over the instrumentals on Metallica and Lou Reed’s collaborative album “Lulu.” He even offered to give the band a $50,000 donation for their “All Within My Hands” Foundation to make his vision a reality:

@KirkHammett this could be killer bro! 🤘🏻❤️🙏🏻

Hatebreed’s Jamey Jasta has premiered a lyric video for his song “Return From War.” This track features Soulfly’s Max Cavalera and it appears on Jasta’s latest album “The Lost Chapters: Volume 2.”

Hatebreed’s Jamey Jasta has premiered a new video for his song “Parasitic.” Most of the footage for the clip was captured on his “Jasta & Friends” 2018 tour and it features Howard Jones (ex-Killswitch Engage, Light The Torch), Dino Cazares (Fear Factory), and Kirk Windstein (Crowbar). This track is featured on Jasta’s 2017 album “The Lost Chapters.” A sequel to that effort, “The Lost Chapters: Volume 2,” was released last year.