Edge Of Paradise have premiered a new video for their new song “Fire.” This track is from the band’s new album “Universe,” which will be released on November 8.

Edge Of Paradise have premiered a new video for their new song “Alone.” This track is from the band’s new album “Universe,” which will be released on November 8.

Edge Of Paradise have premiered a new video for their new song “Universe.” This is the title track of the band’s new album, which will be released on November 8. 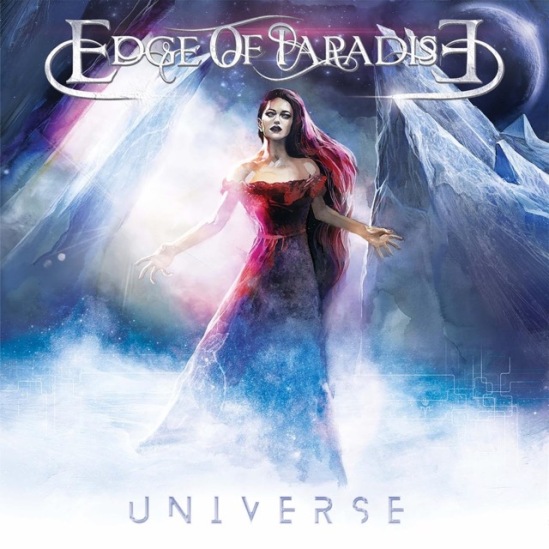 Margarita Monet said the following about the new record:

“With this album, we set out to create something that would transport you to another world, music that transcends time and space and takes you on an epic ride through our ‘Universe’! The songs are about shattering your fears, testing your limits, and going after your passions at the speed of light, holding on to our humanity and supporting one another as we enter our insane digital future together. Musically, the songs hit you with a cosmic wall of sound, supersonic energy with massive industrial and symphonic textures. We were very lucky to have the best production team for this album as Mike Plotnikoff and Jacob Hansen helped capture our vision perfectly.”

Edge Of Paradise have signed a new deal with Frontiers Music Srl. The group’s new album “Universe” is expected to be released through the label later this year. The band commented:

We Signed A Multi Album Deal with Frontiers Music srl! And will be bringing our UNIVERSE to you very soon! Thank you so much for your support and for being a part of our world! You guys are gonna love this album! Produced by Mike Plotnikoff and mixed by Jacob Hansen! 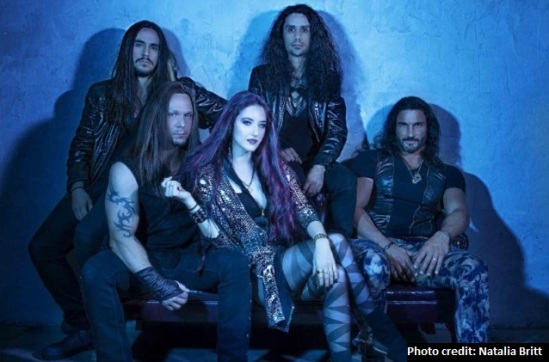 Edge Of Paradise have premiered a new video for their song “Face Of Fear.” This track is from their upcoming album “Universe.” Singer Margarita Monet commented:

“I want to dedicate this song/video to a childhood friend of mine who took his own life, and to all those who battle their inner demons. There is a lot of hatred in this world, and the wide reach of internet and social media enables and disguises those behind it. This darkness about our society plays a big role on our mental state. If you experience negativity of others, just remember that all actions are rooted in love or fear, and hate is the face of fear! We can not let this effect us, instead we have to break the cycle and rise above it, be good and support one another regardless of race, social status or place of birth and remember that all life is worth fighting for.”

Edge Of Paradise have announced the additions of bassist Vanya Kapetanovic and drummer Jimmy Lee to their lineup. They will be taking over for former bassist Nick Ericson and former drummer John Chominsky.

Both Vanya and Jimmy join the band with a great amount of motivation and passion, and we’re thrilled to have them on board for the next exciting chapter of Edge of Paradise. We want to thank our previous bass player, and new dad, Nick Ericson, and drummer John Chominsky. We accomplished so much together during the nearly 5 years they both were with the band, and we will always be grateful for their contribution. We wish them the best on their future endeavors and will always consider them our lifelong friends!

We are almost finished recording songs for the record. It’s been an amazing experience working with Mike Plotnikoff. We are beyond excited to unleash the new music as we take our sound one step further and present you with the new, electrifying side of Edge of Paradise!”

Edge Of Paradise have premiered a new video for their song “Mystery,” via Loudwire. This is song is from the band’s recently released EP “Alive.”

“This song is a way to cope with all the pain we sometimes face in life. By accepting that we’re caught in this mystery, and there is so much we don’t know about our existence, we can find comfort in the unknown and find out way to enjoy this life together. ‘Mystery’ features the piano, and I loved recording it as the piano and the vocals intertwine together. The band comes in strong and makes this song a dynamic experience! ‘Mystery’ is very close to our heart and I hope it can find a way to yours.”