According to Deadline, Chino Moreno (Deftones, etc.) composed the score for a new episode of Hulu‘s anthology series “Into The Dark.” The episode Moreno scored is called “I’m Just Fucking With You” and it “tells the story of a man and his sister on the way to a family wedding, who endure a night of increasingly frightening practical jokes during a one-night stay at a secluded motel.” The episode will premiere during the “SXSW Film Festival” in Austin, TX next month and it will hit Hulu on April 5. 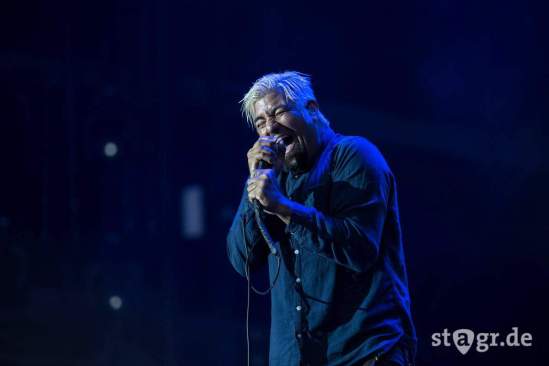 Mike Patton (Faith No More, etc.) will release his score for the Netflix film adaptation of Stephen King‘s “1922” on July 20. You can pre-order that HERE.

Mike Patton (Faith No More, Dead Cross) did the score for the recently released Netflix film adaptation of Stephen King‘s “1922.” A trailer for that movie can be found below. An expanded score will be released via Ipecac Recordings in 2018.

It looks like Eagles Of Death Metal are recording the score for “Super Troopers 2.” Jay Chandrasekhar, who is writing, directing, and starring in the film, posted the following:

Queens Of The Stone Age’s Josh Homme has has created the score for a new German film called “In The Fade.” The movie was written and directed by Fatih Akin, and it stars Diane Krugerr as a woman seeking revenge after Neo-nazis kill her husband and son. You can check out a trailer for that below:

“When I was writing this, I was listening to a lot of music by Queens Of The Stone Age. I had the feeling that this could be the music that the character was listening to, It has a self-destructive attitude and somehow the film is about self-destruction. I sent him a very early version of the film. He immediately called back saying he loved it and was blown away and that he would like to put his hands on it. We phoned maybe four or five times, sent 10 emails back and forth and then I had the music. It was a very uncomplicated, fast and very clean process of working.”

Serj Tankian has premiered a new video for his song “Ari Im Sokhag,” via Alternative Press. This piece features Larisa Ryan, and it will appear on Tankian’s score for the 2015 film “1915,” which will be released tomorrow (April 22).

Serj Tankian has revealed that his score for the 2015 film “1915” will be released on April 22. The movie deals with the Armenian Genocide, and the score can be preordered HERE. You can also check out Tankian’s recent interview with Billboard.