Whitesnake’s David Coverdale has confirmed that he is planning to retire from the road. The frontman is hoping to do a farewell tour with the band next year.

Coverdale told Planet Rock the following while accepting the inaugural “Rocks Honours” award as part of The Rocks 2021 awards ceremony:

“I’ve been very passionate about what I do. I try not to let my audience down. We’ve got a really loyal hardcore fanbase around the world.

Last year, we were supposed to do what was gonna be my farewell tour, and it was sold out; it was amazing. Of course, everything was canceled due to COVID. So, God willing, I’ll be able to do it hopefully next year. I’m gonna show my appreciation and gratitude for the support that I’ve had, ’cause you can’t do it without an audience supporting you — it’s that simple. And they know — the hardcore [fans] who follow me know — I do my best, the best I can do at that time. And that’s been my work philosophy for as long as I can remember.”

He continued when it was mentioned that bands have a tendency of returning after “farewell” tours:

“Mine’s gonna be the farewell tour ’cause I’m knocking on 70. Are you kidding?! It’s hard enough now to get into my jeans.”

Despite his plans, Coverdale said he still intends to work on new music:

“I’ll be still involved in music. We’ve got a relatively long-term deal with Warners. We have a poopload of projects to do under the Whitesnake banner. It’s just the touring. It’s not the performing so much that is exhausting, it’s the touring, and I can’t tour any more comfortably than I do. So I spoke to my agent and said, ‘I wanna do this [farewell tour] more than anything. It’s after 50 years of incredible support for me.’ Not to be able to say thank you to the U.K., not to be able to say thank you to Germany, to Japan, Brazil, it would be heartbreaking.

I’m getting up there for this kind of stuff, and so it’s gonna have to be an easier tour schedule for me to be able to handle and recharge the batteries so I’m not hobbling around or doing wheelies in a chair.

I play guitar every day. The moment I start playing, I come up with ideas for songs. It’s impossible for me not to [play music]. It’s like my hobby. It’s something that I’m supposed to do; otherwise, I think I wouldn’t receive all these amazing ideas for melodies and naughty lyrics, including ‘Slide It In’, darling.”

Tawny Kitaen (“Bachelor Party”) has sadly passed away at the age of 59. The actress was previously married to Whitesnake frontman David Coverdale and starred in some of the band’s videos including their iconic “Here I Go Again” music video. She also previously dated late RATT guitarist Robbin Crosby and appeared on the cover of the band’s self-titled EP and “Out Of The Cellar.” According to Variety, the Orange County, California coroner’s office said that Kitaen died at her home in Newport Beach yesterday morning (May 7). No cause of death has been revealed. 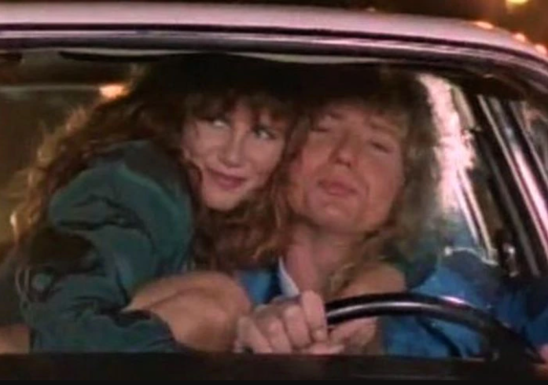 Just woke up to some very sad, unexpected news…Waiting on confirmation…but, if it is true, my sincere condolences to her children, her family, friends & fans…🙏🙏🙏 pic.twitter.com/ioerp3ZRPa

Whitesnake frontman David Coverdale has officially received his first dose of the COVID-19 vaccine. He tweeted the following about that:

Whitesnake have shared an official video for the 2021 remix of “Whipping Boy Blues.” This version of the track is from the band’s “The Blues Album” compilation, which was released today (February 19). That effort serves as part three of the group’s “Red, White And Blues” trilogy.

Whitesnake have shared an official video for the 2021 remix of “Lay Down Your Love.” This version of the track is from the band’s “The Blues Album” compilation, which will be released on February 19. That effort serves as part three of the group’s “Red, White And Blues” trilogy.

Whitesnake will be releasing a new compilation titled “The Blues Album” on February 19. That effort serves as part three of the group’s “Red, White And Blues” trilogy and the first single, a 2021 remix of “Steal Your Heart Away,” can be found below:

David Coverdale says the music on “The Blues Album” reflects how blues musicians like Muddy Waters, Howlin’ Wolf, and the three Kings (Albert, B.B. and Freddie) inspired him:

“It’s hard to find the words to show how profoundly they connected with my soul. But ‘blues’ to me is a beautiful word that describes emotional expression… feelings, be it feelings of sadness, loneliness, emptiness… but also those that express great joy, celebration and dance, sexiness and love!!!”

Whitesnake have premiered a new video for their song “Yours For The Asking.” This track appears on the band’s “Love Songs” compilation, which was released last month. That effort serves as part two of the group’s “Red, White And Blues” trilogy.

Whitesnake have shared an official video for the remixed version of “Love Will Set You Free.” This version of the track is from the band’s “Love Songs” compilation, which was released today (November 6). That effort serves as part two of the group’s “Red, White And Blues” trilogy.

Whitesnake will be releasing a new compilation titled “Love Songs” on November 6. That effort serves as part two of the group’s “Red, White And Blues” trilogy and the first single, a 2020 remix of “Is This Love,” can be found below: 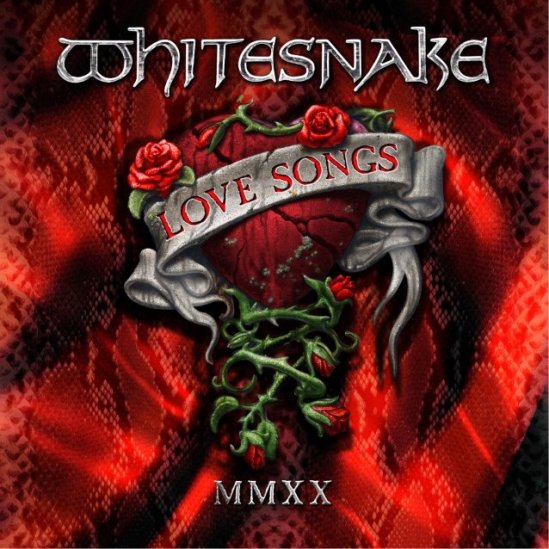 All of the tracks on “Love Songs” have been revisited, remixed and remastered. David Coverdale had the following to say about that:

“Some have been musically embellished where my co-producer Michael McIntyre, my new mixer Christopher Collier and I felt it appropriate or necessary to bring out the best in these songs.

As most of you know, pretty much all the songs I write are love songs in some way, shape or form. These are some of my favorites. Not all are ballads. Some are out and out rockers with powerful romantic themes…and of course…include heavy breathing in all of them!!”

Whitesnake’s David Coverdale previously revealed that he was planning to have surgery for a bilateral inguinal hernia. Now, the frontman has officially undergone the operation. He tweeted the following about that:

Finally!!! I was able to have hernia surgery!!! A 1,000 thanks to ALL the caring, loving & incredible professionals at Renown for taking such good care of me…❤️❤️❤️
& to YOU, my Beauties…have a blessed day/night Wherever You Are, Know You Are Loved. Stay Safe & Well!!! ❤️❤️❤️ pic.twitter.com/U2FbSvKUM4