Tilian Pearson (Dance Gavin Dance) has premiered a new single titled “Half.” The singer had the following to say about the track:

“I started building a studio and I wanted to put some beauty in the empty space. Matt Malpass (FEVER 333, Issues, Andy Black) came over and we made a batch of songs. ‘Half’ was my favorite. Fortunately, Rise Records was down with putting it out right away. I’m looking forward to building up an album’s worth of work over the coming months.”

Dance Gavin Dance’s Tilian Pearson has announced a summer headlining tour. The singer will be joined by The Plot In You’s Landon Tewers, I The Mighty’s Brent Walsh, and RIVALS on this run.

Tilian Pearson is mainly known for his work with Dance Gavin Dance these days, but the musician has also been putting out plenty of great material with his solo project since 2013, and his new album “The Skeptic” (out September 28) is no exception.

The effort opens with “Made Of Plastic,” a perfect song that gives the listener an idea of what the rest of the album has to offer. The track has a decent balance of guitar driven parts and electronics with Pearson’s unmistakable voice bringing everything together.

This trend continues on with the alt-pop anthem “Cocky,” which fans may recognize as the album’s first single. This is one of the highlights of the effort, mainly due to how catchy it is. It’s an upbeat track that you can’t help but sing along to.

Aside from “Cocky”, another strong point is “Human Garbage.” This one offers more of a rock vibe as compared to other tracks on the effort. It still retains the pop influence, but it is a little closer to the post-hardcore style of Dance Gavin Dance.

As people move closer to the end of the album, things seem to get poppier, but that isn’t necessarily a bad thing. The remaining songs still have a uniqueness to them and they continue to drag you in, especially the closer “Ghost Town,” which has an infectious groove that hooks you from the start.

All in all, “The Skeptic” is a solid piece of work that really showcases Pearson’s talents, while combining elements of pop with rock guitar. It’s definitely worth checking out if you’re looking for new music. 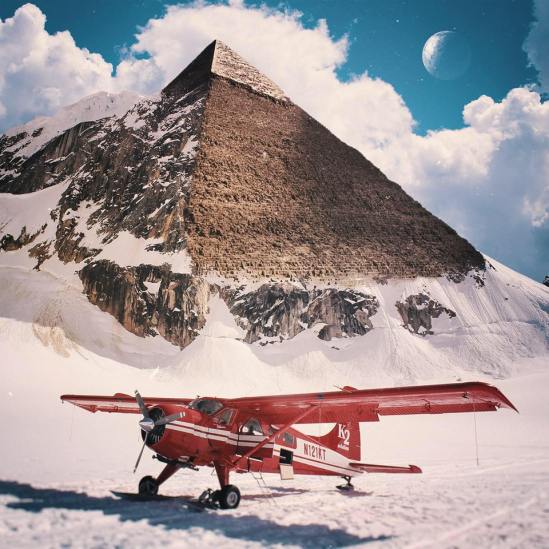 Tilian Pearson (Dance Gavin Dance) has premiered a new song titled “Ghost Town.” This track is from his new solo album “The Skeptic,” which will be released on September 28.

Tilian Pearson (Dance Gavin Dance) has premiered a new video for his new song “Hold On.” This track is from his new solo album “The Skeptic,” which will be released on September 28.

“‘Hold On’ is about mutually surrendering yourself to another person. Sometimes even when you are close to someone, you put up barriers of isolation and duplicity that inevitably lead to you having to lie to yourself. An honest relationship with even just one person can be extremely fulfilling.

The music video for ‘Hold On’ uses imagery of the relationship between a father and son, spanning thirty years. Moments of intense pleasure juxtaposed by the fear and shock of loss will hopefully produce the emotional satisfaction of a streamlined, three-minute classical tragedy.”

Tilian Pearson (Dance Gavin Dance) has premiered a new video for his new song “Cocky.” This track is from his new solo album “The Skeptic,” which will be released on September 28.