Jesse Draxler and Greg Puciato (The Dillinger Escape Plan, etc.) have shared a video for their new collaborative track “Everyone Dies And Nothing Goes On.” This song is from Draxler’s new album “Reigning Cement,“ which is available now. That effort was put together after Draxler challenged various musicians “to create sound collages/songs using only 34 sonic assets [he] supplied.”

“To accompany Greg‘s track I wanted to split the video into two halves mirroring the song itself. Building chaos crashing into a psychedelic afterlife. Death and the subsequent soul leaving the body. Pre and post extinction. All of the footage was shot by myself and again Rizz (of Vowws) crushed the edit, who I also worked with for the past three ‘Reigning Cement‘ videos.”

“My whole life I’ve heard people say that ‘all DEP is is screaming over noise.’ So when it came time to actually scream over noise I felt right at home.”

Jesse Draxler and Greg Puciato (The Dillinger Escape Plan, etc.) have shared a teaser for their collaborative track “Everyone Dies And Nothing Goes On.” The full song will be released on September 4 and it will also appear Draxler’s upcoming album “Reigning Cement.“ That effort, which also features Chelsea Wolfe, Uniform, Dylan Walker (Full Of Hell), etc., was put together after Draxler challenged various musicians “to create sound collages/songs using only 34 sonic assets [he] supplied.”

Greg Puciato (The Dillinger Escape Plan, etc.) has premiered a new video for his new song “A Pair Of Questions.” This track is from his new album, “Child Soldier: Creator Of God,“ which will be released on October 23.

Puciato told NME the following about the song:

“‘A Pair Of Questions‘ is a sentiment of being able to feel someone when you aren’t around them, of time passing, life passing, but you can still hit the same note with that person, and how nice it is to know that. It’s a very literal song.

Two people whose roles in each other’s lives are hard to define, hard to pin down, dancing around one another, maybe it never focuses into a fixed definition but the feeling never changes. It’s obviously a romantic song, but there’s also some longing, and there’s an element of being perplexed and a little frustrated by the feeling as well, but ultimately there’s sort of a bewildered contentment and appreciation for the feeling.”

Greg Puciato (The Dillinger Escape Plan, etc.) has posted a teaser for his new song “A Pair Of Questions.” The full track will be released on Friday (August 28). It will also appear on Puciato’s new solo album, “Child Soldier: Creator Of God,“ which will be released on October 23.

Greg Puciato (The Dillinger Escape Plan, etc.) has premiered a new song titled “Roach Hiss.” This track is from his new solo album “Child Soldier: Creator Of God,“ which will be released on October 23. Notably, Revolver have also launched pre-orders for a special bundle featuring a limited edition vinyl pressing of the album and a limited edition “Roach Hiss” 7 inch.

Greg Puciato (The Dillinger Escape Plan, etc.) has premiered a new video for his new song “Do You Need Me To Remind You?.” This track is from his new solo album “Child Soldier: Creator Of God,“ which will be released on October 23. 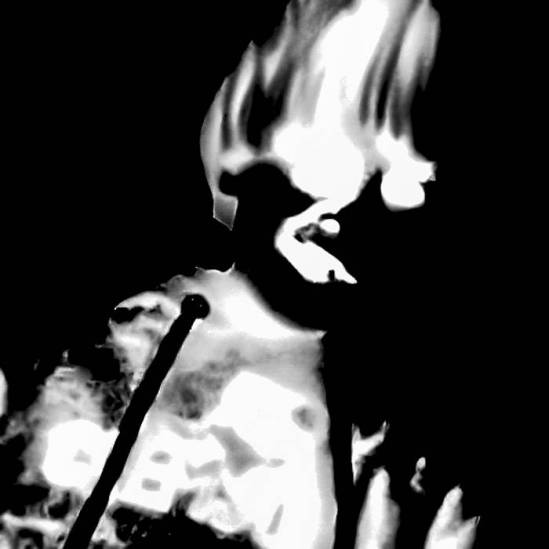 Puciato said the following about the record:

“I’d been writing for so many different projects, Dillinger, then The Black Queen, and Killer Be Killed…and I just kept on writing. It felt as if I had more to say, but nothing that necessarily filled the script of those bands, so I ended up with something that I found to be intensely personal and super satisfying, but also confusing as far as what to do with it.

When I realized that it was a solo release, it was sort of an ‘oh that’s interesting’ moment, both terrifying and exciting at once, and challenging, and new, and that combo is almost always a good sign, so I committed to it. It’s important to continue taking risks in order to grow both your creativity and your future possibilities, to create new avenues and freedoms for yourself, and it also felt like a good time for me to integrate and own everything that I am into one thing, without fragmentation or limitation.

I needed to come out from telling myself that I always have to be ‘guy in a band,’ and to release this as my own name.”

It’s also worth noting that Puciato tracked all of the instruments himself, minus the drums which were tracked by Ben Koller (Converge, etc.), Chris Hornbrook (Poison The Well, etc.), and Chris Pennie (ex-The Dillinger Escape Plan).

Greg Puciato (The Dillinger Escape Plan, etc.) has posted a teaser for his new song “Do You Need Me To Remind You?.” The full track will air on SiriusXM‘s “Liquid Metal” on Thursday (July 9), before officially being released on Friday (July 10). It will also appear on Puciato’s upcoming solo album “Child Soldier: Creator Of God.“ Pre-orders for that effort will launch on Friday as well.

“Do You Need Me to Remind You?”, from Greg Puciato’s upcoming fifteen-track debut solo LP “Child Soldier: Creator of God”, debuts this Thursday on @sxmliquidmetal, playing every hour all day starting at 12am EST, with an exclusive interview airing at 11am, 3pm, and 7pm EST. Video premiere Friday on @revolvermag. The single will also be live on all streaming platforms on Friday as well . . Pre-sales for both the vinyl single(with unique variants and bonus tracks), and the full length 2LP, will be available Friday. Album release-date and track-listing also coming Friday.

During an interview with Kerrang!, Greg Puciato (The Dillinger Escape Plan, etc.) talked a bit about his upcoming solo album “Child Soldier: Creator Of God.“ The frontman recruited a number of people to record drums on the effort including: producer Nick Rowe, his ex-The Dillinger Escape Plan bandmate Chris Pennie, Poison The Well’s Chris Hornbrook, and Converge’s Ben Koller.

Puciato said the following about the recording process, most of which he did himself:

“Everything except for the drums. Some of it is electronic and doesn’t have drums – in which case I’ve programmed them or had Nick Rowe help me. But I’ve known Chris Hornbrook since we were 23. He knows how to hit a drum. For a lot of the songs on this record, I knew he was the guy. And then Ben Koller – who drums in Killer Be Killed, Converge and All Pigs Must Die – is on a track. Chris Pennie, the original Dillinger drummer, is on a track, too. He’s also done some orchestration and additional instrumentation on a few tracks as well.”

He also talked about the lyrics:

“…This record is post-Black Queen, but it’s hard to tell. When I read these lyrics they do feel a little bit like Dillinger, but they also feel like Black Queen, too. Those two bands are almost like two different aspects of my personality.

I think this record has merged them in a way that they don’t feel like either band, but they do have hints of both. There are songs that sound like nothing people have ever heard me do. And that’s saying a lot, because Dillinger did a lot of different stuff.

But the whole record is sort of celebrating integration, which is something I had a really hard time with in the past, and celebrating owning every aspect of your personality. There’s a lot of newness on this record. It’s not Black Queen meets Dillinger.”

In other news, Puciato also talked a bit about Killer Be Killed’s next album:

“We’ve done a lot, man (laughs). That’s its own thing, and I don’t want to muddy the waters, because we’ve all made a pact that none of us are going to be the person who fucks up and says more than we should say. I will tell you this: it’s not done. And until a record is done, it’s like counting the cheque before it’s cashed.

All of us have been burned by this before. We are significantly further along than we were back then. But we’ve definitely said we’re not going to make any claims as to when it’ll come out or when it’s gonna be done.”

Greg Puciato has premiered a new video for his new song “Fire For Water.” This track will appear on his upcoming solo album “Child Soldier: Creator Of God.“ Puciato tracked most of the instruments for the effort himself, except for drums which were recorded by his former The Dillinger Escape Plan bandmate Chris Pennie. Puciato commented:

“I started writing in May or so of 2019, for what I thought would be the next Black Queen album, except that’s not at all what came out. So, just like with everything else that’s been born from necessity, it felt like the right time to create a home for anything that I do that didn’t fit neatly under any other existing roof. The misfits needed a place to go. This particular song came out really quickly. I guess it’s me reclaiming and owning the abrasive part of me. This whole album is, in a way, a very extreme statement of ownership.”