Unleashed were forced to miss their set at the Incineration Fest in London, UK yesterday (May 7) after drummer Anders Schultz broke his ribs. Frontman Johnny Hedlund issued the following statement:

“Warriors!!! We are extremely sad to inform you that Anders just had an accident and broke his ribs. Hence he has trouble breathing and is unable to play the show in London on Saturday the 7th. Right now we are all just very disappointed but there is nothing we can do but to cancel our show. Johnny & The Boys”

Unleashed have premiered a new video for their new song “You Are The Warrior!.” This track is from the band’s new album “No Sign Of Life,” which will be released on November 12. Johnny Hedlund commented:

“In the battle of life, there will be moments, for the Warrior, when the whole world seems to be against you. When pain and suffering is at its peak and everything is pitch black. This is the time to recall the reason for the struggle, and to remember those before you, their resolve and will of steel. You aim for the most noble deed of all and strive toward greatness, the highest of all ideals. That…is the call to Odin. As you sail into the great unknown of life, the great adventure, there will be dark clouds on the horizon, and know that sooner or later the winds will die down, and YOU will need to ROW. That…is the hour of the Midgard Warrior. It is then your time to bear the axe of responsibility, and the shield of protection for those who cannot protect themselves. Your forefathers’ battle is over, this is now yours! You are the Warrior! And You FIGHT!”

Unleashed have premiered a new song titled “Where Can You Flee?.” This track is from the band’s new album “No Sign Of Life,” which will be released on November 12. Johnny Hedlund commented:

“The Midgard Warriors will never forget nor forgive, the atrocities that occured in Svithiod as the armies of White Christ burned village after village, raped and killed women and children on their way as they fled. Now, as the once so holy city of Jorsala has fallen, the Midgard Warriors pressed on in persecution of those responsible, and the hunt continues into the great Sinai peninsula. Whatever sacred mission lay behind it all, the Midgard Warriors are determined to find the answers. So ‘Where can you flee?’ Where can you go?”

Unleashed have premiered a new song titled “The King Lost His Crown.” This track is from the band’s new album “No Sign Of Life,” which will be released on November 12.

Johnny Hedlund said the following about the new song:

“In the aftermath of the battle of Jorsala, where the Midgard Warriors stood victorious, White Christ is now being hunted from the once so holy city. The enemy flees towards the desert, and his armies are about to lose faith in their leader. It seems that the king lost his crown.”

The group also added the following about the new album:

“It is our hope that our warriors all over the world will enjoy the new album just like they have our previous ones. We have, as always, tried to stick to our roots while testing our steel to develop the genre of Viking death metal even further. Hail Odin!” 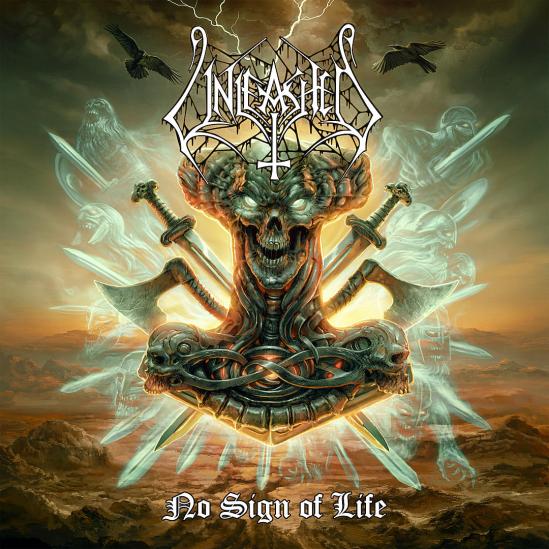 Unleashed have premiered a new song titled “Stand Your Ground.” This track is from the band’s new album “The Hunt for White Christ,” which will be released on October 26. That effort is the fourth part of the conceptual storyline that was created by vocalist/bassist Johnny Hedlund.

Unleashed have premiered a lyric video for the title track of their new album “The Hunt For White Christ.” That effort will be released on October 26. Vocalist/bassist Johnny Hedlund commented:

“After the despicable acts of terror against women and children in the South, and the devastation of the villages (as seen on the album cover), The Midgard Warriors decide to hunt down White Christ, all the way to Jorsala, if need be.”

Unleashed have premiered a lyric video for their new song “Lead Us Into War,” via Loudwire. This track is from the band’s new album “The Hunt for White Christ,” which will be released on October 26. That effort is the fourth part of the conceptual storyline that was created by vocalist/bassist Johnny Hedlund. 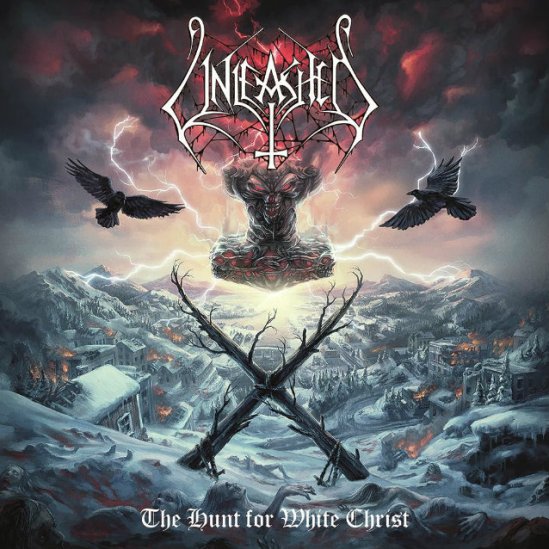