“Markus Rödl and I proudly announce today that we have reached an agreement with Napalm Records, who will release our upcoming 11th album in conspiracy with The Sinister Initiative in early 2023. A year in which the world will be force-fed a brand new, and for once suitable horrific stage show capable of visualizing our brand of darkness, new videos by brother Claudio Marino, as well as another thing or two which will inspire as well as disgust.” 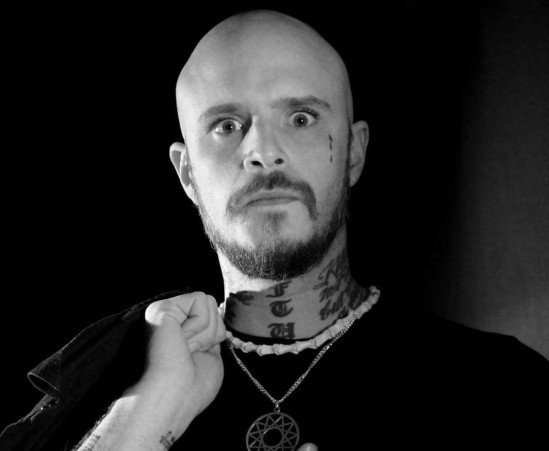 Shining (NOR) have premiered a new song titled “Drag Me Through Hell.” Frontman Jørgen Munkeby commented:

“We’ve all lost people in our lives. Either to death, drugs or to less severe circumstances. I lost my father around the time we released ‘Animal‘, and it felt like he was being pulled slowly down into the dark by a thousand waves. This song is about wanting to dive down after the person into the darkness to try to save and bring them back.”

Shining (NOR) have premiered a new video for their new song “KMA.” This track will appear on the band’s upcoming EP “IDGAF.” The following was said about “KMA”:

“‘KMA‘ stands as the perfect illustration of what the fans have come to love about Shining: The band always does whatever pleases it musically, and never asks for permission. This unpredictable rock band, which started out as an acoustic jazz quartet more than 20 years ago, has yet again surprised us with a new musical offering that’s unexpected and invigorating.”

Shining (NOR) have premiered a new song titled “Slaughter.” You can check that out below:

Shining (NOR) will be celebrating the 10th anniversary of “Blackjazz” by performing it in full during a virtual show on June 6. The event will be streamed live from the Machine Hall at Vemork at 2pm PDT / 5pm EDT and tickets can be found HERE. Jørgen Munkeby commented:

“I’m so excited to play this Blackjazz show at the Heavy Water Plant! Not only is it the first time since 2013 that we’re playing this very special album from start to finish, but the insane story about what happened at this factory during the last world is like a proper Star Wars legend! It’s the freedom rebels against the big evil empire, and puts a perfect backdrop to our industrial music. We’ll get to be Blackjazz Rebels for a night!”

Shining (Norway) are celebrating the 10th anniversary of “Blackjazz“ with a new vinyl pressing. This version of the effort comes with a previously unreleased version of “The Madness And The Damage Done” featuring Emperor’s Ihsahn. The band said the following about that track:

“Check out our new single featuring Ihsahn! It’s awesome! The vocals were recorded back in 2010, just after the release of Blackjazz, but Jørgen Munkeby never got his jazzy ass around to finalizing this special version of the song. Until this year, 10 freakin’ years later!”

Shining have premiered a new video for their track “Fight Song.” This song is from the band’s latest album “Animal.”

Jørgen Munkeby said the following about the track:

“[This is] a special song on our new album ‘Animal‘. It is more synth-driven than any other songs we’ve ever made, and it manages to both be vulnerable, beautiful, desperate and full-on rock at the same time! I also love the fact that it’s a very different song than our previous single ‘Animal.’”

He also added the following about the video:

“It was an amazing week in Iceland shooting on all of these out-of-this-world locations! Also, no CGI has been used whatsoever. So if you’re wondering if the perfectly-placed rainbow is real, yes, it’s real AF. The weather gods were unusually helpful that week!”

Shining (NOR) have announced that their new album “Animal” will be released on October 19. With this news, the band have also released the title track, which you can stream below:

Jørgen Munkeby said this album marks a departure from the group’s ‘blackjazz’ phase:

“I was tired of doing the same thing. I was done with ‘blackjazz’ and wanted to create something new and exciting. I needed a change. I’m finally at the point where I have nothing to lose and everything to win. We had 360 degrees to play with so we could’ve gone in any direction. This new record is more Muse than Meshuggah, more Ghost than Gojira, and more Biffy Clyro than Burzum!”

He also added the following about the title track:

“When we wrote ‘Animal,’ we knew that we would want to announce the album with that song! It’s just such a fun and rocking number, and I also can’t wait to open our live shows with it! Wolf howl, and GO!”. The previously released track “Everything Dies” will also appear on “Animal“.

If you missed it, the band previously released “Everything Dies” from the effort awhile back.

Shining (NOR) are streaming their new album “X – Varg Utan Flock” in full. That effort will officially be released on Friday (January 5).

Shining have premiered a new song titled “Svart Ostoppbar Eld.” This song is from their new album “X – Varg Utan Flock,” which will be released on January 5.