During an appearance on Drum Talk TV, Danny Schuler opened up about Biohazard’s classic lineup reunion. Notably, the drummer also mentioned that there is “definitely interest” in the possibility of new music.

Schuler said the following about the reunion:

“We haven’t toured in about seven years, almost eight years. In about 2015, [that] was the last year of touring. We wrapped it up after that. We went in the studio to go do a record and things just kind of imploded; everybody’s a bunch of crazy personalities. In the ensuing years, we didn’t do anything as BIOHAZARD. And then about a year and a half ago, my brother, who lives in Torrance, California, was flying back home to New York to come see everybody. And he gets to the airport here, and he says to me, ‘You won’t believe who I saw at the airport.’ And I said, ‘Who was that?’ And he goes, ‘I saw Evan,’ the bass player from BIOHAZARD, Evan Seinfeld, who I hadn’t spoken to in 10 years. And they had a good conversation, and it was cordial. And he basically sent a message through my brother, ‘Tell Danny I said hi.’ So a week later, I’m going on vacation. I’m feeling good. I’m going down to the beach house here in [New] Jersey with my wife and my kids, and I said to my wife, ‘Maybe I should call him’ — you know, just bury the hatchet. Who cares anymore? Like everybody, COVID and all these people dying and all this stuff, it’s, like, who the hell cares about all that old stuff that made you mad. So my wife was, like, ‘Yeah, why don’t you give him a call? Don’t be an asshole. Call him.’

Anyway, long story short, I did call him and we spoke. And we just kind of buried the hatchet. And the other guys in the band, Bobby and Billy, had been speaking, and we’ve been speaking, and everybody just kind of started talking a little bit. And unfortunately, our former manager, Scott Koenig, who was out in Los Angeles, he passed away. And that was a real moment where it was, like, ‘Wow.’ Scott was with us from the beginning, and he was like a fifth member of the band. … That was in October of ’21. … I got that call. And the same week, another friend of ours from a band called DOG EAT DOG, our friend Sean Kilkenny passed away the same day as Scott. So it was two phone calls, two brothers, two great, close friends, like family, both passed at the same time. And for me, that was kind of one of those things where it’s just, like, who cares about all the negative bullshit in the past? Who cares? We’re still here. We did great stuff together. We created something cool. We should all be friends. And that was my thinking. And everyone kind of felt the same way. And that kind of was the beginning of how it started, getting the band together.”

He continued when asked about rehearsals:

“That hasn’t happened yet. All four of us still haven’t been in a room yet, so I don’t know what’s gonna happen. Everybody lives in different parts of the world, so it’s not easy to get together. But we’re starting rehearsals in a couple of weeks out in Los Angeles, so we’ll be seeing each other. But I think it’ll be fine, man.

Dates are coming. We’ve got a bunch of dates already, and more are coming every week. So, yeah, a tour is happening later in the year. I’m not exactly sure when the first date is gonna be yet, but I know we’ve got a bunch in August, festival stuff in Europe, and maybe some local stuff in the United States right before that. And then we’re doing some festivals in the U.S. in September [and] October also. So, yeah, we’re gonna be working a lot.”

He also added the following when asked about the possibility of a new album:

“Making new music wasn’t really something I was really thinking about too much, but it’s come up so much in the last few months since we’ve been talking about all this stuff. So we’ll see how it goes. There’s definitely interest there for us to do it. I just hope we can do it. I wanna be able to do it at the level we always did it at.

I write a lot of music on my own, of course, but I’m very much into collaboration. I’ve always needed a partner, or partners, to really bring the best out of me, to challenge myself. And I always loved getting in a room with these guys. We’ve always come up with great stuff when we’re in the right mindset to do it. So I’m excited to get in a room with them and just let shit fly. I have the energy for it, I’m ready and I’m excited to do it, and I think they are too. So I’m hopeful that we’re gonna make something really cool and different and innovative.”

Biohazard’s classic lineup, Billy Graziadei, Bobby Hambel, Danny Schuler, and Evan Seinfeld, have confirmed that they are working on new music. On top of that, the band are also planning to release a documentary focusing on their career.

The group commented on their return:

“Over the years, we made some great music together and had so many incredible shows on some pretty amazing tours. After spending so much time and focus on Powerflo and my solo project BillyBio, things just fell in place at the right time and I decided it was the time to recapture that energy and go kick ass again with the original lineup of Biohazard with Danny, Bobby, and Evan!”

“I’m honored to perform with the band again. I can’t wait to get onstage with the guys and do what we do! I’m looking forward to traveling and playing live – see you out there!”

“Life is short, things happen, and before you know it, it’s too late – that’s why I’m extremely grateful that we are getting the chance to do this again, forgiving the past and focusing on the future. I’ve missed the band and the great times we’ve had, and I’m looking forward to the shows, the travel, and seeing our friends all over the world again… This is gonna be awesome, let’s go!”

“It’s been ten years since we all played together, and I’m in a huge place of gratitude for the opportunity to get back to the roots of Biohazard and not only reconnect with the other guys, but also the fans. We’ve been through decades of madness, and it feels like the fantastic four are back together.”

Biohazard’s classic lineup, Billy Graziadei, Bobby Hambel, Danny Schuler, and Evan Seinfeld, have confirmed that they are planning to play “scattered” shows “throughout 2023.” This news comes after the band previously announced two dates, including an August 13 appearance at Bloodstock Open Air in Walton-on-Trent, UK and an August 19 appearance at Dynamo Metalfest in Eindhoven, NET. Graziadei commented:

“You guys have been hearing a lot about BIOHAZARD camp doing shit. We all have our lives and work, and we are going to be doing shows scattered throughout 2023. Free time off. It’ll be our paid vacations. What a better way to spend time off from work than with you guys, huh? Fucking awesome.”

Biohazard’s classic lineup, guitarist/vocalist Billy Graziadei, guitarist Bobby Hambel, drummer Danny Schuler, and bassist/vocalist Evan Seinfeld, will be reuniting for some festival dates next year. Here’s where you can catch them: 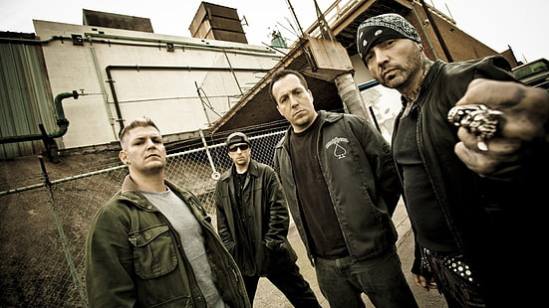 During a recent interview with Metal Injection, Biohazard’s Billy Graziadei offered an update on the band’s current status. He says the group “is kind of like a vibe thing” and “when the planets align and shit lines up, [they] do it”

“We talk often. I was with Evan [Seinfeld] at a memorial for my friend Scott [Koenig], and it was great to see him. Danny [Schuler] and Bobby [Hambel] and I talk quite often, and during the pandemic there were a few people that wanted to play bass for us. And then during the pandemic, we were all discussing and had a heart to heart. And basically, the outcome was, like, life’s too short. If we don’t take away anything from this pandemic, it’s, like, if we’re going to do something, let’s put the band back together again.

I’m the only member of the band that’s still active in music. I know the guys do things here and there, but it’s what I do with what I love. It’s me, so I’m going to keep going.

With Biohazard, it’s always been a vibe thing with us. It’s not like we sit down and say, ‘Hey, in 2023, let’s make an album. Let’s go on tour and release the album mid-tour.’ In a business sense, that’d be great. If I had the business sense that I have now, I would have been way more successful. But like I said, that was never my goal. It’s still not my goal. My goal is music and art first. I probably won’t be recognized for anything awesome until I’m dead and gone, but it’s okay. I have other means to pay the bills and I have a great wife who supports me.

Biohazard is kind of like a vibe thing. It’s like when the planets align and shit lines up, we do it. There’s been different crazy twists and turns of our history, and I would imagine there will be in the future, but that’s life. The pandemic was the fucking craziest curveball anyone ever thought would come, you know?”

Biohazard‘s “State Of The World Address” is set to be reissued on limited edition silver vinyl (limited to 1,000 individually numbered copies). It will be released on January 4 in Europe and January 11 in North America via Music On Vinyl. 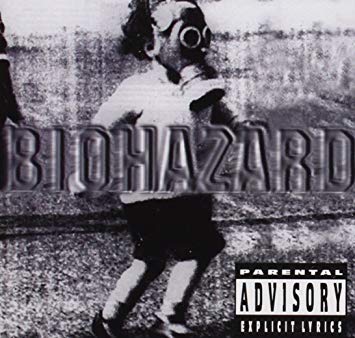 Scott Roberts has shared a new statement regarding his departure from Biohazard after taking issue with Billy Graziadei’s recent claims that he left because he was making more money working as a rigger in New York. Roberts said the following:

“So the other day Blabbermouth.net posted an interview with Billy Graziadei. In the article it says that the reason I quit Biohazard is because “He just grew out of it. He was a fucking rigger in New York in the union, making tons of money, and leaving his family to go on tour for making a little bit of money, it didn’t pay for him.” Sorry, that’s not the reason why I left. I was okay with loosing money on tour as long as I was enjoying myself. I would have kept doing that. The real problem was I wasn’t getting along with one of the members and wasn’t enjoying myself on tour with them anymore. The only other reason for me to keep doing it, was to make a new record that I was into and proud of. When another member of the band made it clear to me that wasn’t going to happen, there was no reason for me to do it anymore. That’s the simplest way I can explain it. The only reason to be in a band is for the love of it. Not because it’s a career. If you don’t enjoy what you’re doing, you shouldn’t do it. That’s my opinion, for what’s it worth.”

Biohazard have announced a 2015 East Coast tour. The band will also be joined by special guests Sworn Enemy. 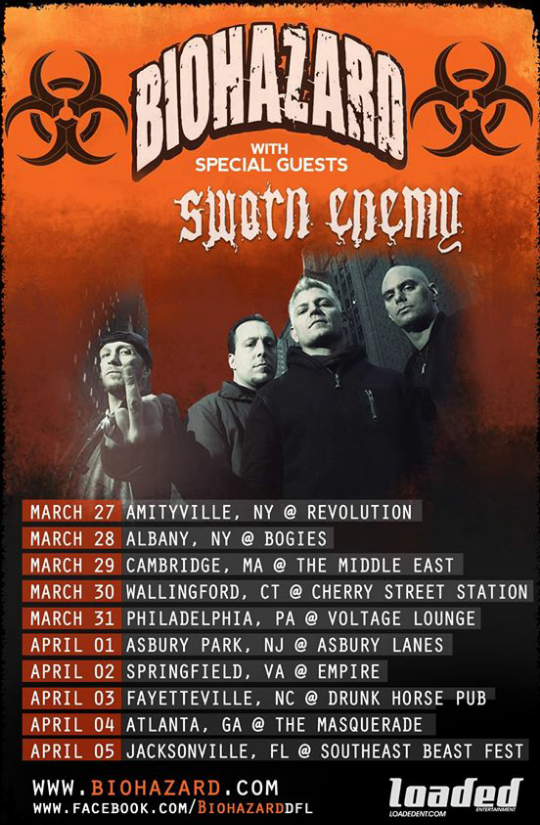