Devil You Know have revealed that Nick Augusto (ex-Trivium) will be handling the drumming duties for the band for the rest of 2016. Devil You Know posted the following:

“We are excited to announce that Nick Augusto will be playing drums for us for the rest of the year!!!” 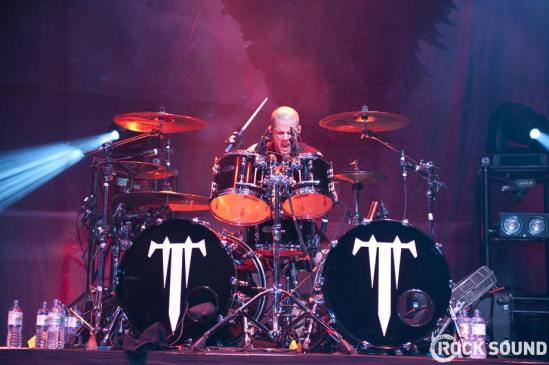 Devil You Know have revealed that Nick Augusto (ex-Trivium) will be handling the drumming duties for the band on their upcoming tour with Hatebreed and DevilDriver. He will be filling in for John Sankey, who recently took a leave of absence to work on the Legion Music Festival.

Devil You Know are extremely excited to officially welcome renowned ex-Trivium drummer, Nick Augusto (see attached photo), to the band to handle duties for the band’s upcoming tour with Hatebreed and DevilDriver starting this Friday, May 13th. Either see below or head over to https://www.facebook.com/Devilyouknowofficial for all tour dates and additional information.
Francesco Artusato (guitars) states: “We are very excited to start this next tour with Nick. I toured with him in the past and I’m really looking forward to play some great shows with him.

“We also are just wrapping up our first nationwide headlining tour with ONI, which has been going extremely well. We are red hot and firing on all cylinders, so we can’t wait to join up with the mighty Hatebreed and Devildriver to play in front of some new faces, as well as many familiar ones. Be sure to come by our merch booth after the set to check out all new items and hang with us. Lets do this.”

Augusto further adds: “I’m honored to be on-board as DEVIL YOU KNOW’s touring drummer for this massive Hatebreed and Devildriver tour. As being a fan of everyone in the band’s previous projects, I feel like my style will add another piece to the already growing expansion of their big, heavy and catchy sound. I am very excited to play their material live and see the reaction of their fans, and what kind of energy surfaces from these upcoming shows! Come out and have a good time with us. See you out there.”

Corrosion, the new band featuring ex-Trivium drummer, Nick Augusto, along with Tommy Hjelm (Intense), Martin Rygge (Intense) and Christopher Cussell (Before The Mourning), have premiered a new song titled “Prone To Dreams,” via New Noise Magazine. This song will be featured on the band’s debut EP, Machine Says No, which will be released on March 27. 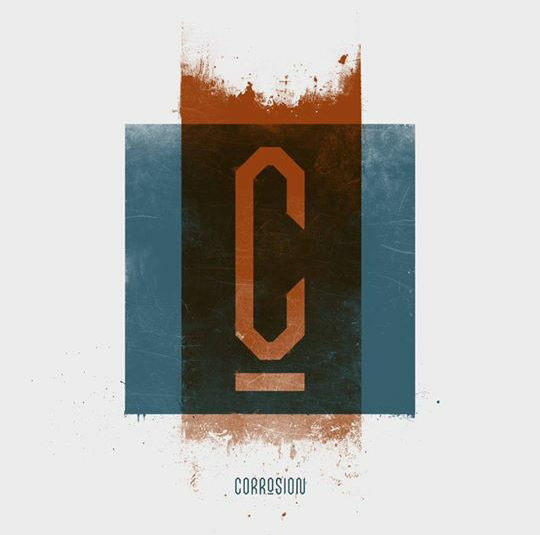 Nick Augusto (ex-Trivium, Corrosion) has joined the band Orbweaver, as their new drummer. The band is currently in preproduction for their new album, Hexagram 23. 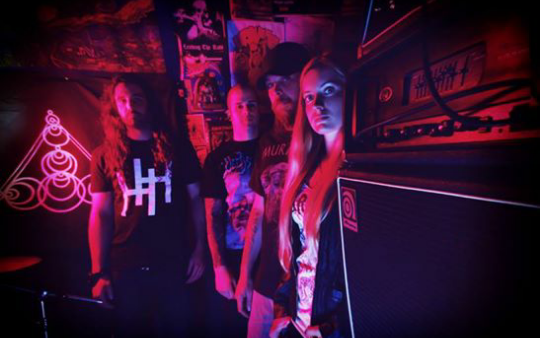 “We are very excited to announce the newest member to the family; Nicholas Augusto. Nick has a very unique style filled with power and has a very adventurous sense of musical exploration.

The band has been holed up at Shadowlit Studios working on pre production for our next record “HEXAGRAM 23″ which we will begin tracking later in the year. We are all looking forward to the new sounds we are creating, and will be slowly revealing songs from the new record at our upcoming shows.

We would also like to take a minute to thank our friend and ally Janette Valentine for taking time out of her super hectic schedule to take a few photos, and somehow make us look less ugly. Thanks Red!

-MAY THE STRANGERS BE LISTENING!”

Augusto also issued his own statement, via Earsplit:

“I’m happy to have been asked to be a part ORBWEAVER. We have all played shows with each other’s bands in the past and have been friends in this scene for quite some time now. I’ve jammed with [guitarist/vocalist] Randy [Piro] before, so the timing was right when we got a hold of each other to join forces and write new material. Looking forward to what this new CD and the future holds for ORBWEAVER!”

Corrosion, the new band featuring ex-Trivium drummer, Nick Augusto, along with Tommy Hjelm (Intense), Martin Rygge (Intense) and Christopher Cussell (Before The Mourning), have premiered a new track titled “Machine Says No,” via Revolver. The song will be featured on the band’s debut EP, which will be released in March.

Augusto said the following about the project:

“It’s just four friends playing what makes us feel good and I really hope you all enjoy it. Really looking forward to making a full length and seeing everyone on tour soon. The idea for this project came together right after me and Trivium parted ways… All of us in Corrosion were friends already so it just felt right to start it up. I was an Insense fan, so going for a long shot them being all the way in Norway and I wanted to play in a band with them. We talked through emails and made it happen. We just wrote three songs and felt like it was a good introduction and a full length will come eventually. What you hear on this EP is just what we felt at the time and that’s what came out and it felt pretty damn good and clicked right away.”

“To Trivium Fans, Friends and Family:

I had asked everyone to make this statement regarding Nick, personally and on behalf of the band because of the history we both have had together as friends and bandmates. There is no easy way to go about parting ways with someone; whether it’s in a band or not, but if it is coming directly from one of us, I hope that it will be perceived out of our respect for him.

This past Sunday, Matt, Corey, and I decided that it was best to part ways with Nick and to move forward as soon as possible. This decision was not one that we took lightly, given the fact that we are in the midst of a tour, and more importantly, that Nick has been with us for almost 3 and half years.

We spoke face to face for about an hour on the bus – first informing him of our decision to move forward, both discussing the situation and how to precede with announcing it, as well as personally thanking him for being there when we needed him as a tech, and then as drummer. I made both those calls to Nick – I asked him if he would be willing to drop everything and come out and be apart of Trivium at a moments notice and he did without hesitation. On stage we all fit well together – I believe we became a tighter and more unified band because of him. There was not a dramatic ending to this, honestly it was quite muted and I am happy to have been able to speak directly and calmly to one another.

I believe we all agreed that what started out great “off stage” in the beginning, over time began to fray. It became obvious that things were not going to work out in the long run. We did not want to reach the point where the differences between us became apparent on stage. Being in a band is privilege afforded to us by all of you, and as much as we owe you guys the best show we can possibly give you, we also realize that being out here has to be enjoyable enough for us to continue to do so.

We truly wish nothing but the best for Nick and whatever projects he becomes involved in. We will be rooting for him to succeed. I would like to add that as the one who championed Nick to become our drummer 3 and half years ago, I will be the first person to vouch for him as an incredible drummer and as an immense force and presence on stage. The last show together at Carolina Rebellion was a powerful one, and I am happy to say that we ended our time together on such a high and positive note.

Lastly, I would like to thank our drum tech Mat Madiro for stepping up to the plate and learning our entire set in 24 hours, allowing us to continue this tour without a hitch. We have always tried to treat both band and crew as family, and the support for Mat from our other crew guys has been amazing, thank you all – Eric, Joey, Sam, Jeremy, and Mike! Another HUGE thank you to Volbeat and their crew for giving us their entire sound check at the Niagara Falls show to allow us to run through the set with Mat. They have been a great band to tour with and this act only further solidified to us what stand up guys they are on and off stage.

Nick, thank you once again for the hard work with us, we will always be grateful for the time we spent together with you on the road and in the studio.

Thank you all for your support and understanding.

Trivium are currently on tour, in support of their album Vengeance Falls, and will continue touring this summer on the Mayhem Festival. 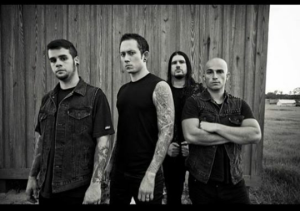