THENIGHTTIMEPROJECT (ex-Katatonia, etc.) have premiered a new video for their new song “Final Light.” This track is from the band’s new album “Pale Season,” which will be released on June 28.

“‘Final Light’ is about the relativity of time. It can feel as if life is slowing down while time is speeding up, or vice versa. We all get caught in the clasp of stagnation sometimes, and it’s important to recognize and act upon it. Time is a finite resource. I really enjoy the instrumentation as it captures elements I like from the ’70s, ’80s, and ’90s. You got the roaring organs, the big hair-metal guitars in the middle 8 section together with a grunge-like heaviness and aggression.”

“Dronicon Films did an amazing job on the video as well. It’s a different angle, but visually it just works so well together with the overall texture and ambience of the song. At times it kind of looks like the cover art for the album ‘Dirt’ by Alice In Chains, but with an Argentinian viking shaman.”

THENIGHTTIMEPROJECT (ex-Katatonia, etc.) have premiered a new song titled “Embers.” This track is from the band’s new album “Pale Season,” which will be released on June 28.

“In late 2017 Fredrik approached me asking if I knew any great vocalists. I’m no George Michael, but Tobias has a very similar vocal range to mine and I figured my voice could be a good fit for the band. He mentioned some new songs were in the works, and Embers — or The Cat, which was the working title — was the first one he sent me to grace with my beautiful baritone.

“The lyrics are about reconciling with the fact that as we age, we become different people. We have to let our experiences shape us, and hopefully learn from our mistakes. We can’t cling to who we were, neither for comfort nor pride. Identity is a fleeting concept, and expecting it to be a constant is naïve — in yourself as well as in other people. We can’t keep all the fires burning through the long night that is our lives.”

THENIGHTTIMEPROJECT (ex-Katatonia, etc.) have revealed the details for their new album “Pale Season.” The effort will be released on June 28 via Debemur Morti Productions. 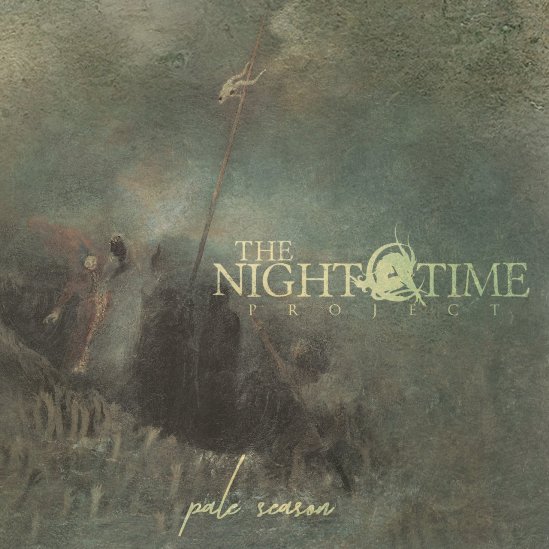 “The album title, Pale Season – despite what some might think – does not refer to the eight months where the weather in Sweden is a signature grey. Instead, it refers to those less-colorful patches of memory – years that fly by without anything spectacular happening, which pale in comparison to the vividness of one’s childhood or the early days of romance. This, in other words, is an album for all those moments lost in between the extremes of the emotional spectrum.”

“I’m very pleased to finally be able to give some info over what we’ve been doing the past year. This is easily one of the best albums I’ve ever been part of. Very proud of what we’ve managed to achieve.”