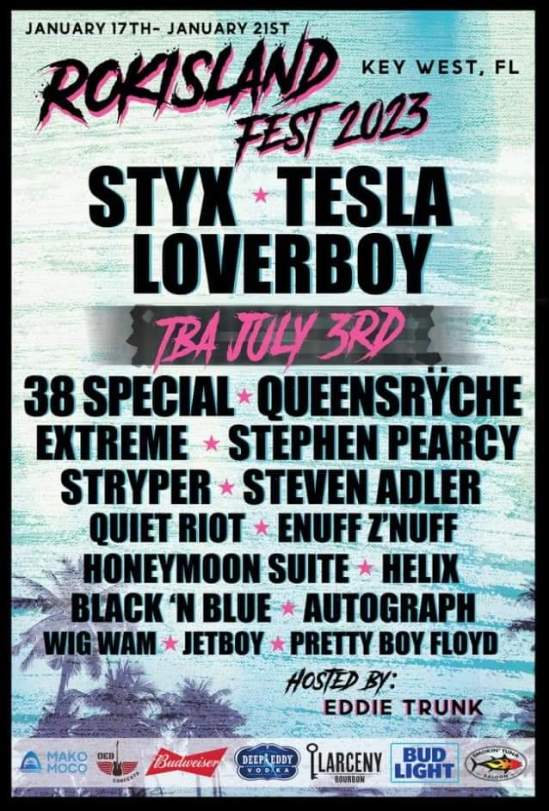 The lineup has been revealed for the inaugural RokIsland Fest. The event will take place in Key West, Florida on January 14-17, 2022 and it will feature the following: