Motive Black have shared the title track of their new album “Auburn.” That effort will be released on February 10.

“‘Auburn’ is a song that means a lot to me. It means so much that I was almost hesitant to put it out. I lost my sister to her battle with addiction. She was one of the smartest women I will ever know. She was a straight-A student who aspired to be a doctor. Addiction does not discriminate. I am angry that she will never realize her dreams. This song is about loss, struggle, rage, but mostly it’s about missing my sister and all of her potential. I will never laugh with anyone like I did with Mia. We need to end the stigma associated with addiction. People are meant to be loved, not judged. I miss Mia every day, and I will for my whole life.

[The album] is named for my sister’s beautiful auburn-colored hair. Losing her forced me to reexamine my life and make significant changes. I went through a huge transitional period which included both ugly and beautiful experiences. The album is a wild ride through that journey of anger, mania, deep love, and self discovery.” 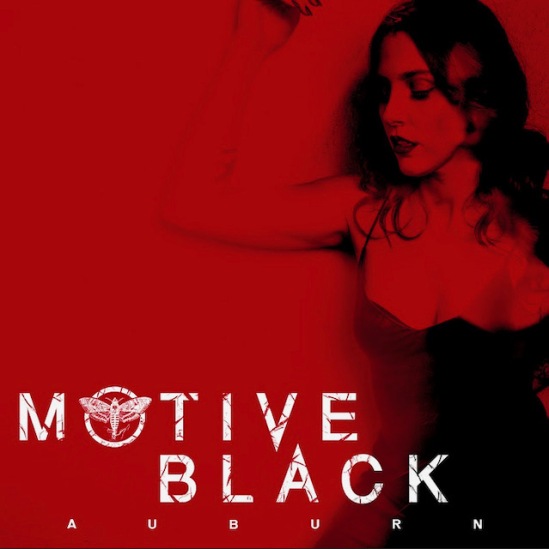 “[‘Fight Alone’] is about losing yourself in passion. Attraction is a powerful thing, it can be amazing, but also vicious. It can engulf you, and cloud your mind, but also awaken you in ways you never thought possible. Everything feels dangerous and so alive.”

Motive Black have premiered a new video for their latest single “Lift Me Up.” The track, which features Carla Harvey (Butcher Babies), is expected to appear on the band’s upcoming album.

“The song is about realizing that you can’t find validation through other people. It’s easy to fall into the trap of avoidance, and trying to distract yourself from the growth you require by looking for love in all the wrong places. Facing inward can be truly difficult, but through that journey you find empowerment.

Working together really brought the song up to a new level. I think it’s really important for people to see women working together to create music and art. We keep seeing It more and more and it’s so exciting. It’s essential for women in this industry to stick together and support each other. There is so much more female visibility in this kind of music than there was even just a few years ago.”

Carla Harvey (Butcher Babies) is featured on a new Motive Black song titled “Lift Me Up.” You can stream that track below. Motive Black’s Elana Justin commented:

“The song is about realizing that you can’t find validation through other people. It’s easy to fall into the trap of avoidance, and trying to distract yourself from the growth you require by looking for love in all the wrong places. Facing inward can be truly difficult, but through that journey you find empowerment.”

“I love collaborating with strong women on projects so when I was asked to add my vocals to ‘Lift Me Up’, I happily obliged. The result… an infectious tune, and a new found friendship!”