It looks like Limp Bizkit’s Fred Durst is on a mission to save Twitter. The frontman offered his services to the company’s controversial owner Elon Musk, who recently said he “will resign as CEO as soon as [he] find[s] someone foolish enough to take the job.” Durst said the following:

“@elonmusk good morning, sir. Myself and @limpbizkit are available for any help you may want or need at Twitter. Happy Holidays”

Limp Bizkit have announced a European/UK tour with Wargasm and BLACKGOLD. Here’s the dates:

Enjoy The Ride Records are planning to release new vinyl pressings of Limp Bizkit’s “Chocolate Starfish And The Hot Dog Flavored Water.” Fans will be able to purchase two different variants of the record at this location on October 28 at 12:00pm EDT / 9:00am PDT. Notably, this will serve as the album’s first vinyl release in 20 years.

Limp Bizkit frontman Fred Durst has announced a special Halloween event, which he is calling “Freddy D’s House Party Of Horrors.” Sad & Boujee are producing the “immersive Halloween party experience,” which is set to take place aboard the Moshulu in Philadelphia, PA on October 22. Tickets can be found HERE. Sad & Boujee’s Sean Salm commented:

“Been working on this one for months, but worth the wait.. Pleased to finally announce – Sad & Boujee presents Freddy D’s House Party of Horrors 🎃 An immersive Halloween Party hosted by Fred Durst of Limp Bizkit on Saturday, October 22nd onboard the Moshulu in Philadelphia for one night only. I teamed up with Butcher Billy (‘Stranger Things’ Season 4, ‘Black Mirror,’ etc.) for art direction and Sirius Cinema for visual and thrilled to bring this to life.” 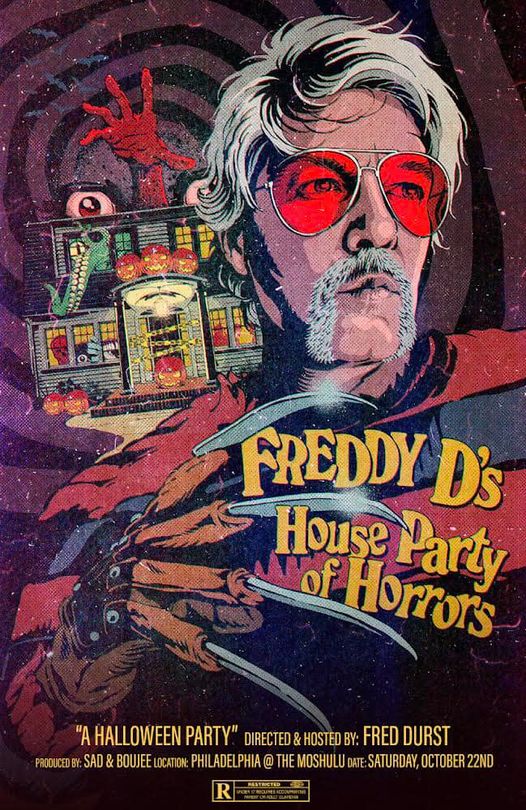 Limp Bizkit have postponed their summer European/UK tour. The band were unable to continue with the trek due to “personal health concerns” involving frontman Fred Durst.

“For personal health concerns and based on medical advice given by my personal physician to take an immediate break from touring, Limp Bizkit will sadly have to postpone their 2022 Uk and European tour. We truly apologise for any inconvenience this may cause to our loyal fans, promoters and support staff. Stand by for further news. Sincerely, Fred & Limp Bizkit“

He also added the following in a new video update:

“Greetings, to whoever is watching and to our fans in the UK and all across Europe. In preparation for the 2022 summer tour in the UK and Europe I have decided to do some tests to make sure I’m in good physical condition and everything’s ok.

And to my surprise my doctor has decided to send me a letter telling me, he would not like me to tour at this time, and to stay close by to do some more tests. And that being said, this was very unexpected news and I’m so sorry and I look forward to making it up to you as soon as possible.

And I can only thank you so much for your support and I truly am grateful for everyone who was gonna take time out of their busy lives and come see Limp Bizkit perform this summer and I look forward to making that up to you as soon as possible and I’m definitely already trying to think of ways to do that.

I regrettably have to tell you that we’re not going to be able to make it at this moment, but I’m only wishing for the best and I know everything is going to be ok. And again, thank you so much for your support as we do love and cherish our connection with you more than anything on this planet.

And we are really looking forward to seeing you and doing what we do—and you know what that is. Let’s stay in touch. Let’s figure out what the next steps are and I’m already working on something to make it up to everyone in the UK and all over Europe. Thank you guys so much, and girls, and all the in-between.”

Earlier this year, Snot’s Mikey Doling made headlines after calling out Limp Bizkit for taking rapper $not on tour with them. Now, during a recent interview with Rock Talks, Doling further discussed the situation, while giving Fred Durst some more choice words.

“What happened was that Limp Bizkit… First of all, they’re friends of Snot from 25 years ago. We were close with them. Lynn and Fred Durst were buddies. Then Lynn passed away. Fred‘s even on ‘Strait Up‘. And then all these years later this rapper guy comes out calling himself $not.

And I’m already, like, ‘Wait. What’s going on here?’ And unfortunately, time passed and we had one record; we weren’t quite big enough to fight him for that name. So I just kind of let it go ’cause it was a different genre of music — it’s hip-hop; he’s a black dude.

We’re a bunch of white-boy fucking rockers. I just thought [it was] two different worlds. And then all of sudden fucking Limp Bizkit is taking $not [out on tour]. I’m, like, ‘What?’ Like, taken aback, like, ‘How dare you, Fred?’

I would never do that. If Fred Durst had passed 25 years ago, we had had so much respect in Fred‘s name. And then all of a sudden Snot is now big, and we took this rapper called Limp Bizkit on tour. That would be some disrespectful shit… But I didn’t say anything yet.

But then I started getting text messages, e-mails, social media texts, IMs, ‘Hey, Snot‘s going on tour with Limp Bizkit.’ So now I’m getting frustrated because I’m trying to answer, ‘No, it’s not us.’ It’s getting really tiring. So I went on Facebook and made a post. That’s it — just a post on my personal Facebook. ‘Hey, Fred, that’s pretty fucked up you did that.’

I got mad, put my middle finger in the fucking camera — boom! It went viral from my Facebook. It goes on Blabbermouth to Loudwire to RollingStone.com — everywhere. And everybody’s calling me, like, ‘Dude, what are you starting fights with Limp Bizkit now?’ It just got blown way out of proportion.

But I will still say — fuck you, Durst, for doing it. And the rapper kid stole our fucking name. I even talked to the rapper’s manager. I went that far into this thing. And he goes, ‘Oh, I’m a big fan of Snot.’ He said, ‘I used to listen to you guys in high school.’ And now he’s managing a guy named $not. I’m, like, ‘So you knew.’ … We got no respect. We got fucked over.”

He continued when asked if he has talked to Durst:

“No, I haven’t talked to him in decades — a long time. But he knows. I’m sure he heard about what I said. He probably tells everybody he [doesn’t] care, but he knows inside that that’s fucking bullshit. Unless he’s just a shallow human, which he probably is. So, there you go.”

During Limb Bizkit’s May 28 show in Las Vegas, NV, the band were joined onstage by AEW’s Sonny Kiss, Chuck Taylor, and John Silver for a performance of “Full Nelson.” You can see fan-filmed footage of that below:

Limp Bizkit‘s April 30th show at the Hard Rock Live in Hollywood, FL was apparently cancelled due to a perceived threat of “possible chaos and injuries.” The band said the following about that:

“We are so sorry. Tonight’s show cancellation was not our decision. There was a safety concern and safety comes first. The promoters told us they were concerned there could be a safety issue that could result in possible chaos and injuries resulting in the cancellation of tonight’s show. Bummer.” 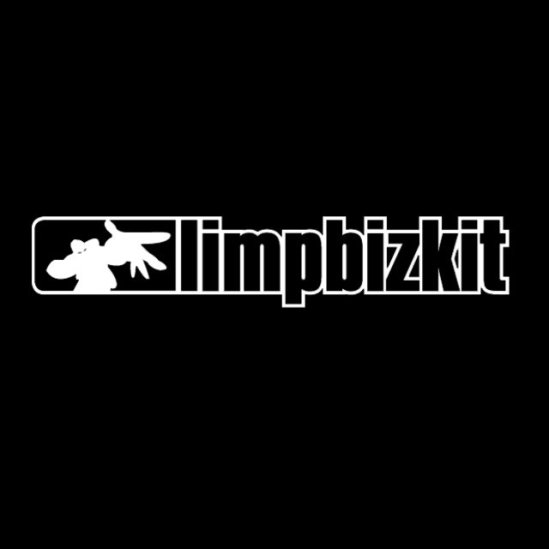 Last night (April 28), Limp Bizkit kicked off their U.S. tour in Tampa, FL and frontman Fred Durst decided to open the show by performing “Dad Vibes” in an old recliner. You can see fan-filmed footage of that and the live debuts of “Out Of Style” and “Pill Popper“ below. Fan-filmed footage of the band performing “Break Stuff” with openers Scowl, Wargasm, and $not is also available below as well.

Limp Bizkit have shared an “unofficially official” video for their song “Dad Vibes.“ The clip features members of Steel Panther and it can be seen below. The track appears on the band’s latest album “Still Sucks.”