Hopesfall have premiered a new video for their new song “Hall Of The Sky.“ The band commented:

“The song is about the plight of an activist or a revolutionary – the danger of standing up against institutions that are bigger than they are.”

Hopesfall have reunited with guitarist Ryan Parrish. You can see posts from the band and Parrish regarding that below:

For our next movement of musical endeavors the line up shall be called, TSY2.0 🛰

I’m writing space riffs with my brothers in @hopesfall again. Strap into your escape pods. 🚀 . For our next movement of musical endeavors this line up shall be called, TSY2.0 🛰 . . . #repost #hopesfall #thesatelliteyears #TSY2.0 #equalvisionrecords #melodichardcore #posthardcore #spacerock #spacecore #queencitygeekcoredestruction #2002 #2019

It looks like Hopesfall have entered VuDu Studios in Port Jefferson Village, NY to work on some new material. The band posted the below photo:

Hopesfall have premiered a new video for their song “Bradley Fighting Vehicle.” The clip was filmed during some shows at Saint Vitus in Brooklyn, NY and the track appears on the band’s latest album “Arbiter.“

“Our first shows back were more gratifying than than we could’ve imagined. It felt right to make some noise again. We played two great venues that provided a high energy and intimate atmosphere. It’s the way Hopesfall shows were meant to be. Nothing matches the energy of a hardcore show and that’s what it felt like.

I was shocked that the crowd was singing along to our new songs. The response to our new album has been overwhelmingly positive. We’re very grateful for all the opportunities we’ve had to make music and play some shows.”

Hopesfall have premiered a new song titled “Faint Object Camera,” via Metal Injection. This track is from the band’s new album “Arbiter,“ which will be released on July 13.

“‘Faint Object Camera‘ was an optical and ultraviolet camera on the Hubble Space Telescope from 1990 -2002. This song has a big heavy spacey feel in the beginning that drops mid swing into an elegant but vast space where the mind wandered and wondered…What if one was lost floating in space alone? How would calendrical/time measurements work on other planets in other star systems? If floating and lost, could the hubble telescope find me lying flat and mistake me for the first discovery of a non-round world.”

Hopesfall have premiered a new song titled “Tunguska.” Alternative Press debuted the track and are also running an interview with the group. Hopesfall’s new album “Arbiter“ will be released on July 13.

Since the first one sold out, Hopesfall have added another Brooklyn, NY show to their schedule. These concerts will take place around the release date of their new album “Arbiter“ (out July 13). Here’s the dates:

Since it’s been over a decade, we’ve added a 2nd New York show on Friday, July 13th with the same great line up and venue as Saturday, July 14th’s *sold out* show at Saint Vitus w/ @yourfuckingend and @greyhavenband Tickets for Friday, July 13th’s Brooklyn show @saintvitusbar will go on-sale this Friday 4/27 at 10am EST Available now: Preorder ticket bundles for 7/13 Brooklyn, NY + Tix for 7/21 Charlotte, NC @NTheatre 🎟 link in bio ☝️

Hopesfall have announced their first two live shows since 2011. These concerts will take place around the release date of their new album “Arbiter“ (out July 13). Here’s the dates:

Atmospheric reentry was a little rough. Looks like we’re going to be grounded for quite some time. In that case, we are extremely excited to announce that we will be playing 7/14 BROOKLYN and 7/21 CHARLOTTE shows in July. Limited ticket bundles on sale now at the link in our bio. 🎟GA tickets on sale Friday.

Hopesfall have premiered their first new song in 10 years, “H.A. Wallace Space Academy.“ Loudwire debuted the track and are also running an interview with the group about their return. Hopesfall’s new album “Arbiter“ will be released on July 13. 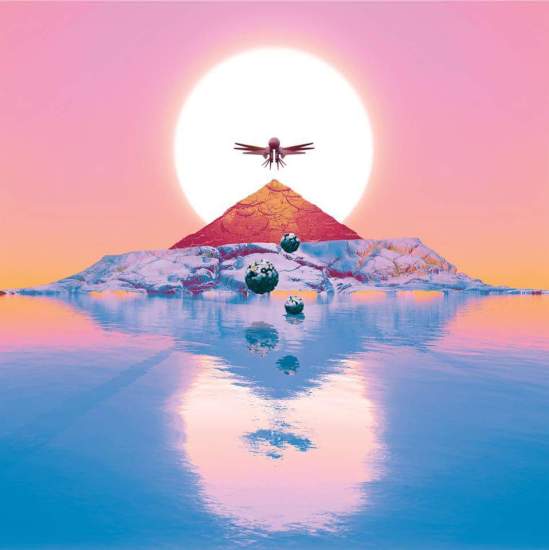