Ghost Iris have premiered a song titled “Cult.” This track is from the band’s new album “Comatose,“ which will be released on May 7. The group commented:

“There once were a number of people that laid themselves to rest, in order to ‘graduate’ to the next level. What happens when human beings blindly follow one other human being? It’s a song that dives into the dangers of not questioning everything and the fact that no one is above scrutiny, not even kings or queens. In a post-factual society, this is even more evident.”

Ghost Iris have premiered a new video for their new song “Cold Sweat.” This track is from the band’s new album “Comatose,“ which will be released on May 7. The group commented:

“Mankind can be devious. Sinners all, no one is perfect. But does judgment await, or does existence simply cease to exist, once the light switch is set to ‘off’? It’s a song that explores the darkness present in us all, and what we must do to fight it. Life is cold and it’s a slippery slope.”

Ghost Iris have premiered a new song titled “Desert Dread.” This track features Chimaira frontman Mark Hunter and it will appear on the band’s new album “Comatose,“ which is set to be released on May 7.

Ghost Iris have announced that their new album “Comatose“ will be released on May 7. You can check out the cover art and track listing below: 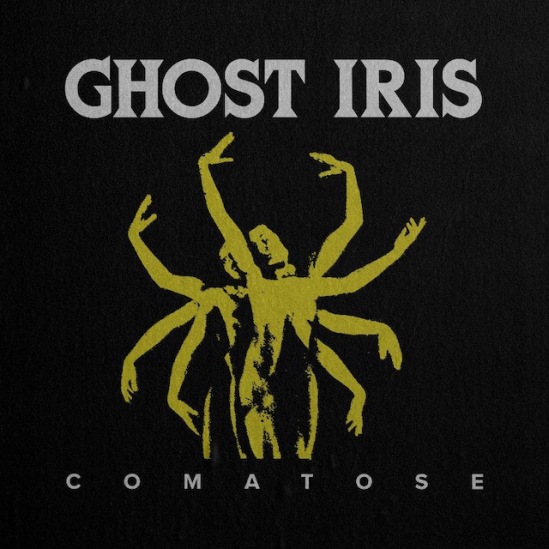 “‘Comatose‘ is a title that represents in a plethora of ways. It’s about the fact that many people are asleep, but even from a coma, one can arise. On the surface, it might seem extremely dark, nihilistic, and bearing of a defeatist attitude, but darkness cannot exist where there’s light. We all exist in the age of enlightenment and even though it seems as if we’re all screwed and the earth is almost destroyed, times will surely change. Arise from the coma, no longer comatose, we fight the demons.

The artwork for ‘Comatose‘ depicts Kali, whose name translates to “she who is death”, as a mere mortal. To serve the title of the album, the majority of mankind are asleep and oblivious as to what is going on around them. Ultimately, we are death. However, there is no darkness without the light – let us all arise from the coma.”

A video for the effort’s first single, “Paper Tiger,” was released last month and can be found below: