“I tried to make this real. Make it mean something. I wanted every inch of my body to feel the pain, anguish, despair and all else this album is drenched in. The hooks in my flesh, the black ink in my eyes, all made me feel one with this album, and this song in particular. ‘The Half Rising Man‘ spoke to me from the first time I heard it, and I needed to become it. Thanks to my friend and performance artist Louis Fleischauer, we were able to pull this off. Some doubted it at first, but now we feel its the essential closer of the album. This is where it ends.”

“The blueprints of most AIB songs were made when I was on tour with Amenra. Because of the long journeys, I had a lot of free time on the bus. Different landscapes every day. The emptiness of the mountains, the desolate empty cities at night… At one day, when recording the album, I had too much negative news and havoc on my socials shoved into my face. And the riff to this song was an instinctive reaction to that. I fought it off. This song is definitely a reflection of that moment, that day.”

Absent In Body, the new band featuring Mathieu J. Vandekerckhove (Amenra), Scott Kelly (Neurosis), Iggor Cavalera (ex-Sepultura), and Colin H. Van Eeckhout (Amenra), have premiered a new video for their new song “Sarin.” This track is from the group’s debut album, “Plague God,” which will be released on March 25.

“Humanity its demise as a self fulfilling prophecy. The onslaught of information is not manageable for any empathic organism in this Universe. Driven into a corner, overtaken by our own self-destructive ways, Nature sends its beasts to settle things for good.

Restore balance by fire, water, earth and wind. Until eventually mankind will eat itself. Facts are no longer facts, and Science appears to have been driven from its throne, by new gods of unintelligible information. The story told by a new breed, all awhile Sarin will sleep in your lungs tonight.

‘The scream is mine. So loud.
But no one came. A funeral pyre.
Flames so high they burn the sky.
The awful pain.
Everywhere. On Gods domain.
The coming rain. It will swallow everything.’

‘Sarin‘ is also a direct hommage to Dwid Hellion, whom has written a song with Integrity of the same title, without him we would never have been introduced to one another, and AIB would never have seen the light of day.”

Mathieu J. Vandekerckhove (Amenra), Scott Kelly (Neurosis), Iggor Cavalera (ex-Sepultura), and Colin H. Van Eeckhout (Amenra) have joined forces in a new band called Absent In Body. The group’s debut album, “Plague God,” will be released on March 25 and a video for its first single, “The Acres/The Ache,” can be found below: 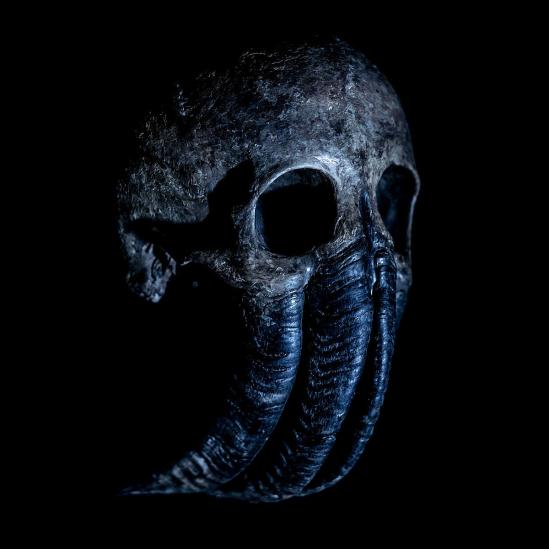 “We had not imposed any limitations or boundaries on ourselves to create this music. Everything happened without any compromise, we gathered and let inspiration run freely. It is the beauty and the strength of this album.”

“It feels great to collaborate with such forward-thinking minds like Colin, Mathieu, and Scott on AIB. The music is dense and slowly brutal, very similar to the times we are living.”