Testament guitarist Alex Skolnick’s jazz project, the Alex Skolnick Trio, have premiered a new video for their new song “Florida Man Blues.” You can check that out below:

“It gives me great pleasure to finally release this video. In the two years since we tracked this tune, so much has happened. “We can all use a good dose of solid blues and good humor during these times. I’m grateful to everyone involved, from tracking to filming, especially Adam Dubin, who believed in this song and felt it deserved a video as big as, well… Florida.”

“The blues has always been a big component of my playing, across genres. In high school, BB King was on my turntable as much as Van Halen. And I’ve always loved the lyrical humor of folks like Junior Brown, Frank Zappa and early Tom Waits. ‘Florida Man Blues’ presented an opportunity to fully display these influences for the first time on a recording.”

Testament guitarist Alex Skolnick’s jazz project, the Alex Skolnick Trio, have premiered a new video for their song “Culture Shock.” This track is from the band’s new album “Conundrum,” which was released today (September 7).

Testament guitarist Alex Skolnick has announced that his jazz project the Alex Skolnick Trio will release their new album “Conundrum” on September 7. The effort will feature nine tracks including six composed by Skolnick, one composed by bassist Nathan Peck and one composed by drummer Matt Zebroski. It will also come with an interpretation of French composer Erik Satie’s “Gymnopédie No. 1.” The first single “Culture Shock” can be streamed below:

Skolnick said the following about the album title:

“It represents the sense of confusion many of us are feeling in the midst of the strangest sociopolitical upheavals of our lifetimes. This album captures many styles in an effort to channel that angst into art and inspire others to do likewise.” 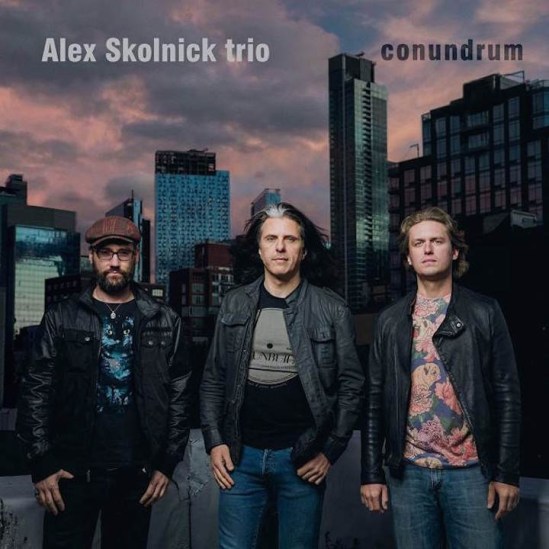