Sumo Cyco have announced that their new album “Initiation” will be released on May 7. With this news, the band have also premiered a new video for their new song “Bystander”:

Skye “Sever” Sweetnam said the following about the new song:

“‘Bystander‘ was inspired by the frustration of our lives turning upside down in this pandemic. I felt like instead of living my life, I was now a slave to a screen, watching the world fall apart right before my eyes, totally helpless. The music video depicts my character trapped in a floating house watching news events taking place on TV, and at the same time, right outside my window. This entire video was produced, filmed and edited by Matt and I in our home studio!”

She also added the following about the new record:

“The album’s title, Initiation, stems from wanting to invite the audience to be “initiated” into our world. There are usually two congruent themes to each of our albums – one is real-world inspiration, and the other is ‘Cyco City’, a comic book-esque alternate universe where all our music videos take place. With Initiation, we introduce four gangs or clubs. Our music videos for Initiation all include a theme of these clubs – whether it’s gang vs. gang, a forbidden love between opposing sides, or the idea of having to choose where you belong.

Outside of the story, the lyrics relate to the polarization of the world we live in now. We all have a longing to belong, but what makes one feel accepted or ostracized from a group? To be INITIATED, would you be willing to try to understand another point of view? I have always written lyrics about internal struggle, the war within oneself. Throughout the album, we bounce back and forth between struggle and overcoming. It reflects the times, and there are moments that seem a bit dark.” 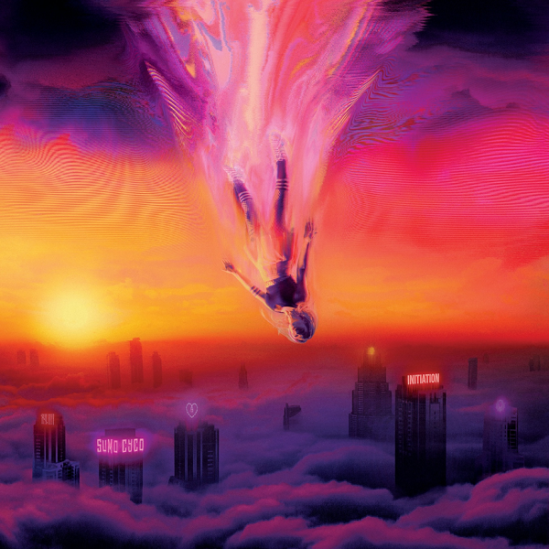 Notably, various bonus tracks such as “New Jive” and “We Are The Nation” will also be available on select editions of the album. This includes the limited edition “Die Hard” version. Pre-orders can be found HERE.