Sister Sin’s “classic lineup” have reunited and are planning to perform at the Gefle Metal Festival in Gävle, Sweden and Helgeåfestivalen in Knislinge, Sweden in July 2020. More dates are expected to follow. This news comes after frontwoman Liv Jagrell recently announced that her Liv Sin project is going to be “taking a little bit of a break” following the departures of guitarist Chris Bertzell and bassist Tommie Winther.

Liv “Sin” Jagrell (Sister Sin) has officially started the recording process for her new album. The effort is being recorded with producer Emil Nödtveidt at Black Syndicate Studios.

Jagrell said the following about working with Nödtveidt:

“We wanted to explore a more modern sound with some synthesizers, and I think that this album might surprise a lot of our fans. I have known Emil since many years back, so it was really fun to reconnect. The first moment he sent us his ideas of our demos, I was delirious!”

Guitarist Chris Bertzell also added the following about how the songwriting process was different than it was for “Follow Me”:

“For the first album, LIV SIN was only Patrick [Ankermark], Liv and Per [Bjelovuk]. Now we have spent two years together as a complete band of five on the road and in the studio. Along with more songwriters, the band has evolved into having a lot more attitude and catchy melodies.”

The recording of the new album has officially begun! This last weekend @patz666 and @livjagrell laid down some of their first tracks on what’s to become album number 2!

Liv “Sin” Jagrell (Sister Sin) has been working on material for her next album. The following update was shared on Facebook:

“After some time off this summer, as it’s been quite quiet in our social media, we are now on track working on the next full length album. The ideas are there, demos will be recorded and all we can say right now is that it’s gonna be a real step forward from “Follow Me”. Stay tuned for the updates will be coming in more now. 👊🏼” 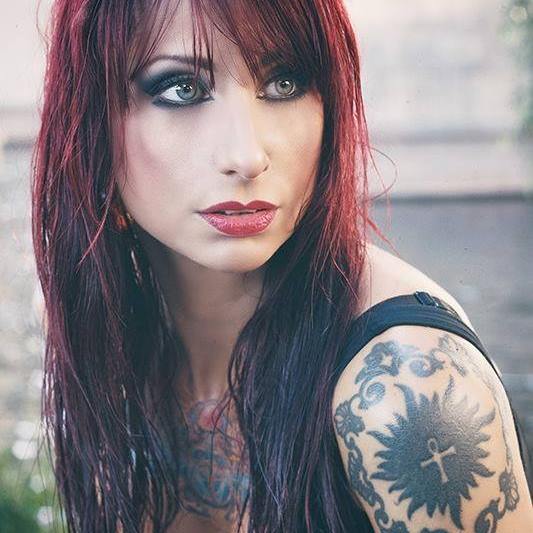 In a new interview with Sleaze Roxx, Liv Jagrell discussed Sister Sin’s recent disbandment. She also said that she will continue to make music, despite the split. You can read an excerpt from the chat below.

Sleaze Roxx: I’ll ask the obvious question first. What happened because it seemed so sudden with Sister Sin calling it quits?

Liv Jagrell: Actually, it’s just that we toured too much and we got burned out. That’s the simple answer. They just felt like they did not want to do this anymore. We can’t tour this… because it’s both economical and like we toured so many… This year, we had been out for almost four months or something so it’s a lot of time away from family. It’s a lot of time away from friends. And also just to survive in the business is hard so I think we maybe worked too hard in the last years. [Laughs]

Sleaze Roxx: Was it all the members that were feeling that way or some more than others?

Liv Jagrell: Maybe some more than others but I mean it’s no hard feelings between us. It’s what it is and you can’t force people to keep doing this because it’s a hard business.

Sleaze Roxx: Were there any thoughts in whomever was interested in continuing to forge on with the name Sister Sin without the others?

Liv Jagrell: Hmmm. No. No. Not directly.

Sleaze Roxx: What do you mean by that?

Liv Jagrell: Because if it’s going to be Sister Sin, it’s got to be at least three of the members. For me, that’s Sister Sin. I would never take the name Sister Sin and continue by myself because that will feel… That’s not right because Sister Sin have been together for over ten years. In my opinion, it’s got to be somewhat close to those members otherwise it’s not Sister Sin.

Sleaze Roxx: Fair enough. It sounds to me like you are ready to continue but some of the others are not. Is it fair to say that Dave and perhaps Jimmy are not and you would be interested in continuing with music?

Liv Jagrell: Hmmm. Not exactly, actually. Absolutely. I am not giving up music. I will be back, but I will not say anything more about the other members and to tell who wanted to continue to play and who did not want to play. But as for me, I am 100% sure that I will still be doing this. I just don’t know exactly how, what and where right now because this is very sudden and very just recent so I haven’t thought about that so much. I am still trying to understand that the band that I had for over ten years is not here anymore. I mean, it’s like a relationship. It’s like someone that you have been for that long. It takes time to think through and like just everything but I will be back in the music business, for sure.

Sleaze Roxx: Do you think that if the band had taken a little bit more time between albums, that Sister Sin would still be together?

You can read the full interview over at Sleaze Roxx.

Sister Sin have decided to call it quits. They said they were initially just taking a break, but as time passed it ultimately ended in a disbandment. You can read their full statement below. 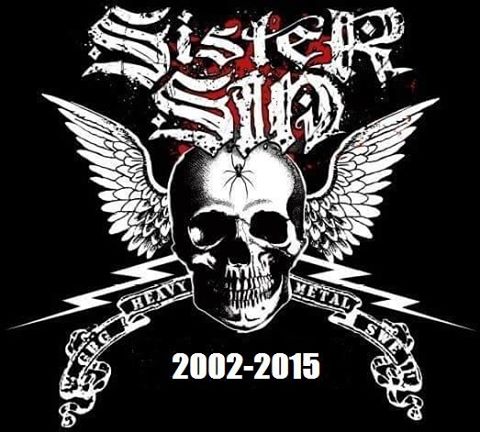 “As of today, November 7th 2015, SISTER SIN is no more.
We know this may come as a surprise to many of you; honestly, it kinda took us by surprise too.
What was supposed to be a short eight weeks break, suddenly & unfortunately, turned in to the demise of the band.
.
-We have been touring and recording in a relentless schedule since 2008 and I guess we burned the candle in both ends and hit a wall. When we finally had the opportunity to step back and get some perspective, the motivation for some members in the band just wasn’t there any more…

Would like to take this opportunity and thank our beloved road crew, Victory Rec, Danger Music, Artery Foundation, TKO & all other great people and companies we worked with these past seven years as a professional touring act.

Most of all we would like to thank YOU; Our dedicated, devoted, loving and caring fans around the globe! We´ve truly been blessed to be able to travel the world and meet so very many of you Sinners. -Together we managed to sell tens of thousands of albums and achieve what most young bands only can dream of in this day and age.

You truly are the sole reason we pushed on for as long as we did and we will cherish the memories forever and never forget your unconditional love!

It is our hope that the flame will burn once again and hopefully resurrect this Swedish bastard sometime in the future. Time will tell…
For now; Au Revoir

Sister Sin have premiered a new video for their song “Desert Queen.” This song is from the band’s latest album, Black Lotus, which was released on October 27, 2014, through Victory Records.

Sister Sin are streaming their new album, Black Lotus, in its entirety, via Metal Hammer. The album will be released on October 27, through Victory Records.