Mudvayne‘s “L.D. 50“ will be turning 20 next year, but it looks like the band don’t have anything planned to celebrate the anniversary. During a recent appearance on the “Everblack” podcast, Chad Gray was asked if the group were planning something and he responded by saying that he has “no idea.”

“I have no idea. I know it’s a big deal for a lot of people, man. The band is probably bigger now than it’s ever been — honestly. So I know that it’s a big moment.

“Me and the guys [in Mudvayne] still talk. Everybody is cool. But every single one of ’em understand that I’m doing what I’m doing and I’m doing it for a fucking reason.”

The frontman went on to say that he is currently focusing on HELLYEAH and honoring Vinnie Paul:

“I’m on a mission right now to carry the torch for not only my brother, my drummer, one of my best friends, childhood hero but a mentor of mine.”

“I’m here to carry his torch — for him, for his brother, for Jeff Hanneman, for Paul Gray, for Layne Staley, for fucking Chester Bennington, for fucking Chris Cornell — for all of ’em. Lemmy, Ronnie James [Dio]… I mean, you name it.

I think that they were all so gracious and selfless that they left us all behind their music to be able to get through the rest of our lives with. Their music helped us get as far as we are now, and they left it for us.

And I think we need to embrace that. And I’m going to carry this torch with my band and my metal family that is worldwide. And we’re gonna do it together, man. And it’s gonna be a lot of fun.”

During a recent interview with WRIF‘s Meltdown, Chad Gray was asked about a possible Mudvayne reunion once again. The frontman responded by saying he still talks to the other guys, but HELLYEAH is his main priority at the moment.

“We’re all good. We all talk. We’re cool. Whatever. It just is what it is, man. This [HELLYEAH] is where I have to be right now. This is so monumentally important to not only me personally, but to us as a band and I think to us as a metal community, a metal family, just to carry this on and fucking run it till the fucking wheels fall off.

I’m in. I’ll do it for as long as I can do it. I love my guys; I love my band; I love our fans. They’re not even fans — they’re family. And it’s worldwide. And it’s a fucking beautiful thing.”

His comments aren’t too surprising considering HELLYEAH are continuing to tour and pay tribute to late drummer Vinnie Paul Abbott. The band’s final album with Abbott, “Welcome Home,” will be released on September 27.

During a recent interview with MetalSucks, Ryan Martinie was asked about the possibility of a Mudvayne reunion. The bassist said he is unsure if it will ever happen and that “only time can tell.”

“Man, there’s always talk. Which is a good thing. I’m fortunate enough that the thing that we made together still garners some kind of interest from our fans and for those people who may have wanted to see us and never got to. There’s still kind of the ‘man, are they gonna do it?’

I don’t have any answers for you on that front. Only that it’s fun when Mudvayne still is something that people enjoy. Like the brbr-DENG thing. Alright, cool, make some stuff up and make people laugh and share in it. But as far as it being a future item… I don’t know, only time can tell.”

Greg Tribbett (Mudvayne, Audiotopsy, etc.) recently made an appearance on Jon’s Untitled Podcast and he was asked about a possible Mudvayne reunion. He responded by saying “there’s no time for that right now,” due to everyone’s commitments to other projects.

“…We’re all flattered that everyone still wants Mudvayne to tour and do a new record and come out and do all that stuff. The thing is is that everybody is in three different bands and kinda doing their own projects, and there’s no time for that right now.

People just need a little more patience, I know 10 years is a long time, but… they’re doing the same thing… they say the same thing about System Of A Down, you know they haven’t put out a record in 12 years and the fans are begging for them.

You know and I think it’s the individuals in the band, it’s just priorities, you know?”

He also added the following about fans trying to compare Audiotopsy to Mudvayne:

It’s not meant to be Mudvayne or sound like Mudvayne. Just because there’s 2 other members from Mudvayne in it. Like I said, people have no patience for anything, because I know everyone’s begging for a Mudvayne reunion, and have been for almost ten years now. That’s all I’ve been hearing.”

Mudvayne’s “The End Of All Things To Come” is turning 15 this year, and to commemorate the anniversary it is set to be released on vinyl via SRCvinyl on June 2. It will be available on 180 gram clear/black smoke vinyl (limited to 500), and can it can be preordered HERE.

Next SRCVinyl release is Mudvayne's "The End of All Things To Come" on limited colored vinyl! Pre Order: https://t.co/zTS8E142Iq pic.twitter.com/it8gjSeWUH

If you were hoping for Mudvayne to return to active duty at some point, you will probably be disappointed. Chad Gray (HELLYEAH) recently discussed the band’s break-up with Billboard, and seemed pretty pessimistic about a possible reunion. You can see his statements below. 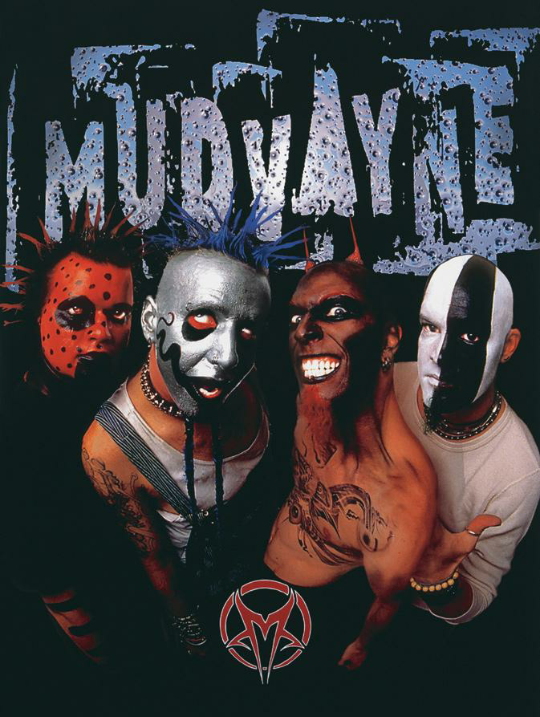 “People want what they want—sometimes you can’t have what you want. That’s been the frustration—they want Mudvayne, but we can’t give it to ’em. I tell people all of the time, ‘Dude, if you want to hear it, buy it and listen to it. There are CDs, and I am hugely proud of what we did.’

If you want to do a reunion tour, you need all the members. Nobody’s hurt by that fact more than Vinnie Paul. A reunion tour is only a reunion if everyone is involved. All we are trying to do is create music together that is viable, that is from our hearts and souls. We don’t care about what music is doing or what anybody else is doing. We just love playing music together.”

“Mudvayne [at that time] was basically breaking. I still love and talk to those guys, but it’s like being in a relationship and all the sudden things just start to fall apart. Mudvayne was just dissolving. It became too much for all of us. It was no one person in particular’s fault. We all have faults. It was crumbling beneath us. I chose to be an artist and continue to play in HELLYEAH.”

Mudvayne will be releasing a limited edition vinyl pressing of their album “Lost And Found” for its 10th anniversary. It will be released on November 24th, and will be available on 180 gram vinyl with two color options, including: clear with white/blue smoke (limited to 500) and clear with black smoke (limited to 1,000.) Preorders can be found HERE. 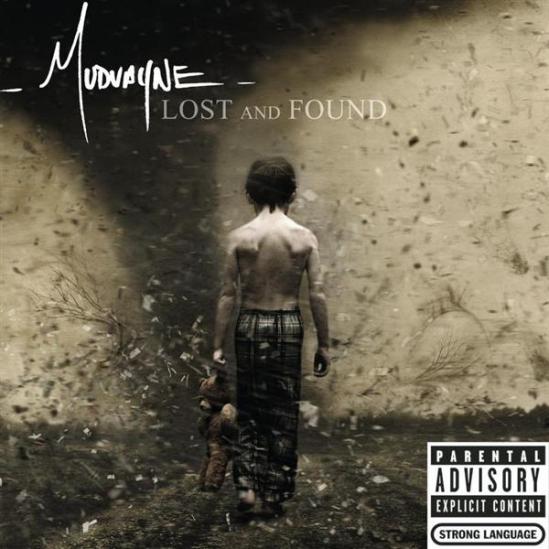