Hacktivist have released the title track of their new album “Hyperdialect“ (out June 18). The song features Aaron Matts (ten56., ex-Betraying The Martyrs) and an official video for it can be found below:

“This single is about trying to describe our signature sound and how we use it. If our band was a comic book hero, then ‘Hyperdialect‘ would be their weapon or superpower! It’s our method of attack, our way of putting our governments and mainstream medias in the crosshairs. But rather than brute force we use ‘Hyperdialect‘ to strike back.

Technically you could say that all Hacktivist music is ‘Hyperdialect‘. That’s one of the reasons we also chose it as an album title, this song then stands as an autological explanation of itself as a theory.”

“Being a part of Hacktivist‘s hard-hitting movement was a task that I took huge pleasure in; when the band briefed me on the track and its meaning, we were still in a pool of uncertainty in the process of ironing out what Brexit would mean to us all.

As a British musician living overseas, this was the perfect opportunity for me to focus my frustration and upcoming hardships concerning the situation, and I’m incredibly proud of the result and to be a part of Hacktivist‘s legendary legacy.”

Hacktivist have shared a new version of their song “Reprogram.” The updated track is from the band’s new album “Hyperdialect,” which will be released on June 18. Jot Maxi commented:

“There’s a double meaning to this one. Society needs reprogrammed, Hacktivist has been reprogrammed, so if you’re listening and you’re vibing out to it, have a little think about what you might need to do in your own life to reprogram – to make yourself like yourself better, or to have less regret. Society needs a reboot, our band has had a reboot, so why don’t you? At the same time, it’s got this little science fiction story within it, about a future that breaks down and actually needs reprogrammed from zero. In an ideal world, hopefully, we will have all reprogrammed before anything like that happens to us for real.”

Hacktivist have premiered a new video for their new song “Planet Zero.” This track is from the band’s new album “Hyperdialect,” which will be released on June 18.

“Look at the state of the planet at the moment and people are still ignoring it. It doesn’t make sense. There are all these homeless people on the streets, but there’s all this land and enough food to go around for everyone.”

“There are so many things wrong with the way humanity is. We’re self-destructive and everybody knows it. It’s in a lot of films, especially in science fiction. But that dark future is no longer fiction and it’s very clear that we’re on a downwards path. If I buy a bottle of something to drink, it’s going to be sold in plastic and I’m going to feel guilt about that. Take a look at any city around the world – there’s so much opulence and grandeur on show, but look closely enough and you’ll find people living on the streets, homeless. Where is this going? There are islands of plastic bottles in the sea now, but we only have this one planet. It’s mad. It’s all tilting downwards, and into the mouth’s of the rich.” 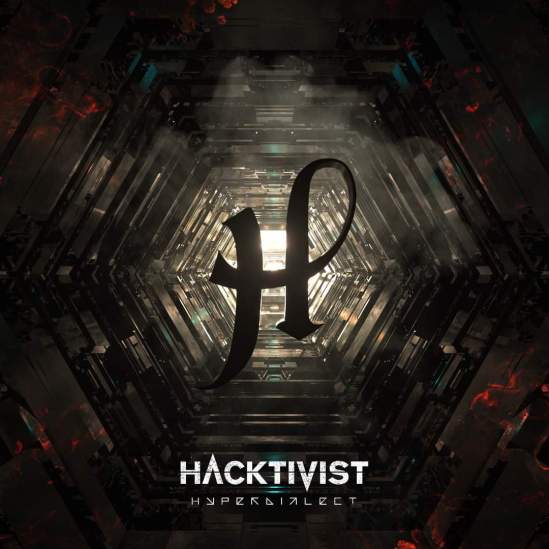