Bury Tomorrow have premiered a new video for their new song “Better Below.” This track is from the band’s new album “Cannibal,” which will be released on July 3. Dani Winter-Bates commented:

“It’s about how hiding your symptoms often makes them worse. This song is about appearing as the version of yourself that you want people to see you as. I feel like I’m getting to a point where the ‘me’ I show people is the real me, but there was a large portion of my life where I couldn’t do this.”

The group don’t appear to have commented on the album delay, but they did issue a statement about their various events being postponed due to the coronavirus pandemic:

As you are all probably very aware by now, the Corona Virus has led to many difficulties for everyone, and sadly our industry was always going to take a serious hit.

All in-store signings and release shows we had planned in April are now postponed until a later date. We are working hard with our team and the many variables involved to reschedule these dates for later in the year, more information on that will be provided as soon as we confirm new dates. All current tickets will remain valid and we WILL celebrate this record together!

All five of us are absolutely gutted by this.. the last year of our lives have been building towards the release of Cannibal and we were so excited to celebrate with as many of you in person as possible. But the real priority here is all of our collective health, and as human beings we have a responsibility to take this as seriously as we can.

Stay safe everyone, keep smiling and look out for each other!

Bury Tomorrow have premiered a new song titled “Choke.” This track is from the band’s new album “Cannibal,” which will be released on April 3.

Bury Tomorrow have premiered a new video for their new song “Cannibal.” This is the title track of the band’s new album, which will be released on April 3. 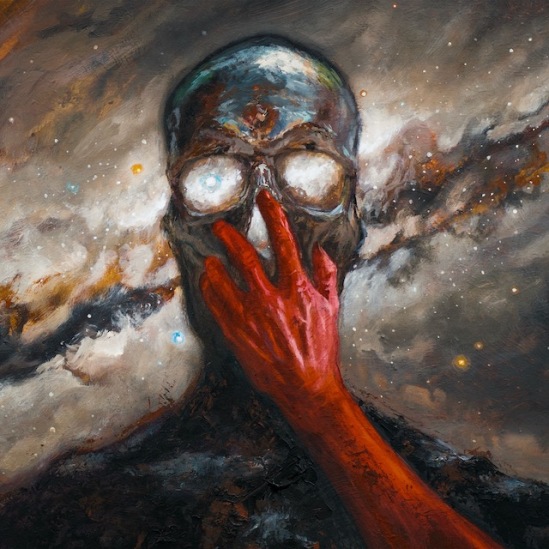 Dani Winter Bates said the following about the new record:

“This album is for me as well as for the fans. It was a cathartic process to address some of the darkest moments I’ve had in my life. For some people, it’ll be a hard listen. But I thought I have to do this. If I’m going to go in, I’m going to go in. I’m not doing something half-arsed. There is nothing lyrically I would change on this entire album.”

“I wanted to live by my words. I talk to people about normalizing mental health so how can I write an album where I’m not talking about mental health? The normalization of mental health is what saves lives. I want people to see the light in the dark. If they delve into that they can find solace in the discussion, the normalization, the positive action by discussing this.”

“The term ‘cannibal’ refers to being eaten away by your own thoughts but also eaten away by other humans. We’re not kind to ourselves, let alone kind to each other.”

Bury Tomorrow have premiered a new video for their new song “The Grey (VIXI).” You can check that out below:

Bury Tomorrow have released a deluxe edition of their latest album “Black Flame.” This edition of the effort comes with live versions of the title track, “No Less Violent,” and “The Age,“ as well as a new song titled “Glasswalk.“ You can check out the new track below:

Bury Tomorrow have premiered a new live video for their song “No Less Violent.” This track is from the band’s latest album “Black Flame.”

Bury Tomorrow have premiered a new live video for the title track of their latest album “Black Flame.” The clip was filmed during a December 2018 show in London, England.

Bury Tomorrow have premiered a new video for their song “My Revenge.” This track is from the band’s latest album “Black Flame.”

Bury Tomorrow recently played a small show at Blondies in London, England for Kerrang!. You can see pro-shot footage of that below: