Infectious Grooves will be performing with Sacred Reich and Ottto at the Warfield in San Francisco, CA on June 13. Tickets will go on sale this Friday (March 13). In other news, the band will also be releasing a new EP titled “Take You On A Ride” on Record Store Day (April 18). That effort will come with four songs including the title track, “Funny Farm,“ “Payback’s A Bitch,“ and “What Goes Up.” 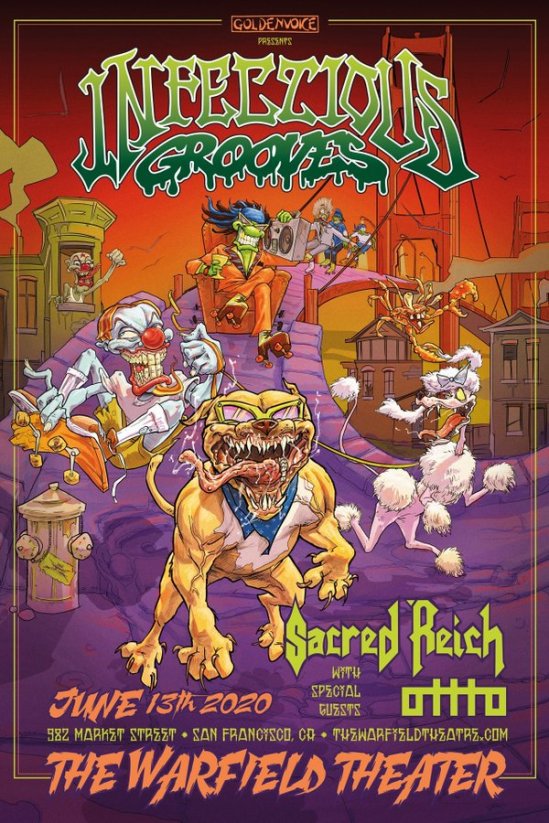 On November 17, Infectious Grooves took the stage at the Sick Bastards Social Fest in São Paulo, Brazil with a lineup consisting of Mike Muir (Suicidal Tendencies), Robert Trujillo (Metallica), Jim Martin (ex-Faith No More), Brooks Wackerman (Avenged Sevenfold), and Dean Pleasants (Suicidal Tendencies). You can see footage of the group covering Faith No More’s “We Care A Lot” below: