NOFX will be releasing a new album, titled “Double Album,” on December 2. The effort will serve as a follow-up to last year’s “Single Album” and its first single, “Darby Crashing Your Party,” can be found below: 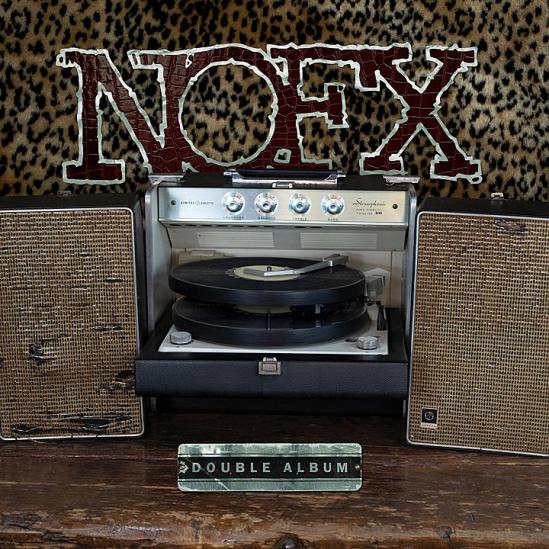 Fat Mike said the following about the band’s decision to do a double album:

“I wish I knew. OK. I mean, we have a lot of records. I’m not sure how many, let’s call it 15 with 10 more EPs and 65 7″s. I wanted to do a double album cuz there are no good ones out there. Pink Floyd’s ‘The Wall’ is about it. ‘Quadrophenia’ is OK, I guess, if you’re a Who fan. Definitely not [The Beatles’] ‘White Album.’ I don’t think anybody else has made good double albums. Certainly not Husker Du, Minutemen, or Smashing Pumpkins.

I really like ‘Single Album’ a lot, but the songs on ‘Double Album’ aren’t quite up to scratch. All these songs were recorded at the same time, except this one was finished two years later. I think it’s a very enjoyable album, and maybe our funniest. I think it is what a lot of our fans will want to hear and it’s a great side three and four for a double album. I accomplished my goal of making a solid double-album, but it just took a lot longer than I expected.”

“You have to laugh at everything, because the world is just falling apart and you have to have a good attitude not to take things seriously. So this is how I’ve always done it. I make people laugh every day. I usually do it in a self-deprecating way, it’s just how I go through life: I have as much fun as I can. That’s what life is—trying to find all the happiness you can. And spreading happiness. Which is what I feel like is supposed to be my job in life—spreading joy.”

This news comes after Fat Mike recently revealed that the band are planning to call it quits in 2023.