God’s Hate (Twitching Tongues, Terror, etc.) have shared the title track of their new self-titled album. That effort will be released on March 12.

God’s Hate (Twitching Tongues, Terror, etc.) have premiered a new song titled “Be Harder.” This track is from the band’s new self-titled album, which will be released on March 12. 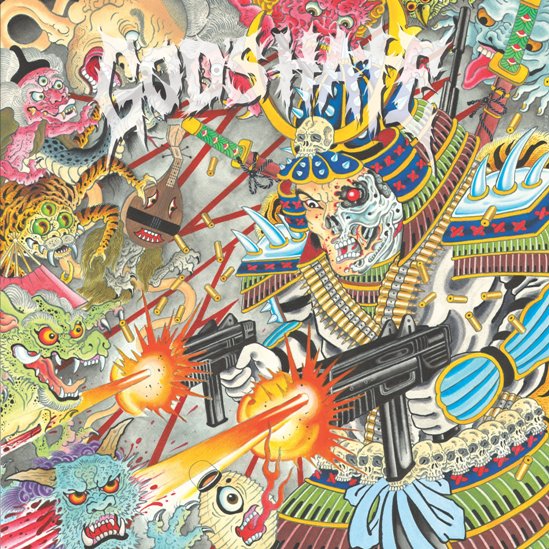 Drummer Colin Young said the following about the new record:

“Some bands write a record every year, which is crazy. Other bands write albums with 12 or 13 songs, but you can tell they put everything into five or six of those songs. My goal was to write an album full of songs that could be my favorite song. And yeah—this would’ve been out a lot sooner had COVID not happened, but I’m sure that’s the story for every band on the planet right now.”

“God’s Hate was a band born out of friendship and pure love for hardcore music and the desire to provide what we wanted to hear and felt was missing: Unapologetically hard music that holds nothing back musically or lyrically. There’s absolutely no room for bullshit, especially in the world we live in now. This record was straight-up therapy for us, and I hope it inspires some people to do the same thing: Create painful, hateful music out of love.”